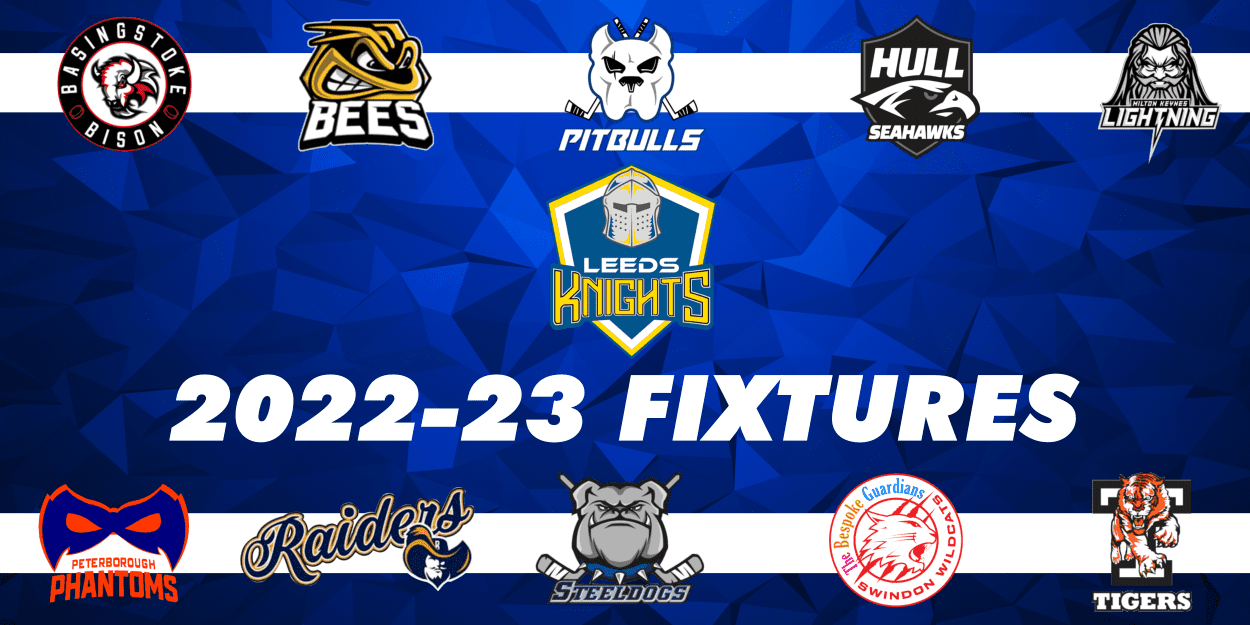 After an exciting first season, and an eventful off-season, the return to on-ice action seems ever closer for the Leeds Knights as the fixtures for the 22-23 Planet Ice NIHL National Division can officially be announced!

We are pleased to share the news that our games for the 22-23 season are confirmed.

Our first home game of the pre-season is on Saturday the 3rd of September, when new team on the block Hull Seahawks come to Planet Ice Leeds – with the familiar faces of Matty Davies and Jordan Fisher set to make their return.

The league campaign official begins on Friday the 16th of September, as the Peterborough Phantoms and Bees IHC face-off in the league opener. The following night, our season begins as we host the 21-22 league champion Telford tigers with an 18:30 face-off, a massive test for the Knights that see our season begin with a bang! Another important date to look out for is the 6th of November, as the Bristol Pitbulls make their way north to Leeds, not just for the first time of the season – but for the first time ever.

For the eagle-eyed of you, this means that the season is just 67 days away, with our home opener in 68 days, so make sure you mark those calendars and get ready to fill the Castle when the Knights return! More importantly, we can officially say it’s less than 2 months until we return to on-ice action.

With September getting closer and closer, the preparations are ramping up – so keep those eyes peeled for more signing announcements and some exciting news over the coming weeks. 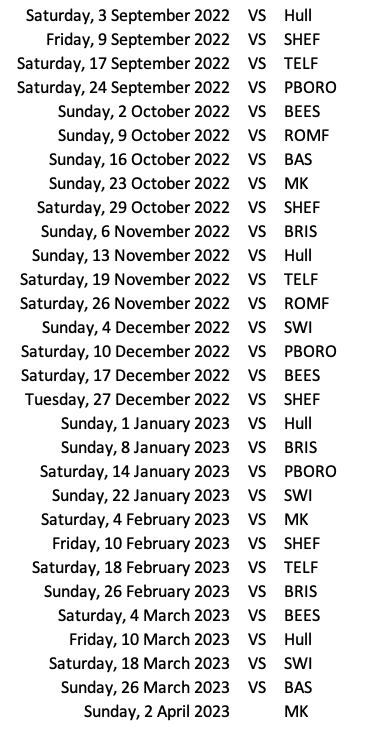 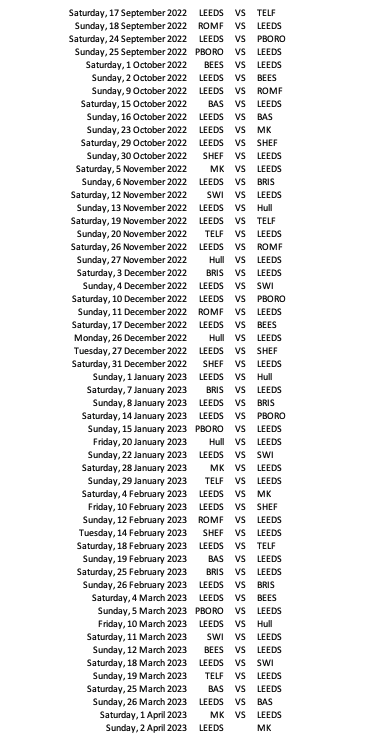