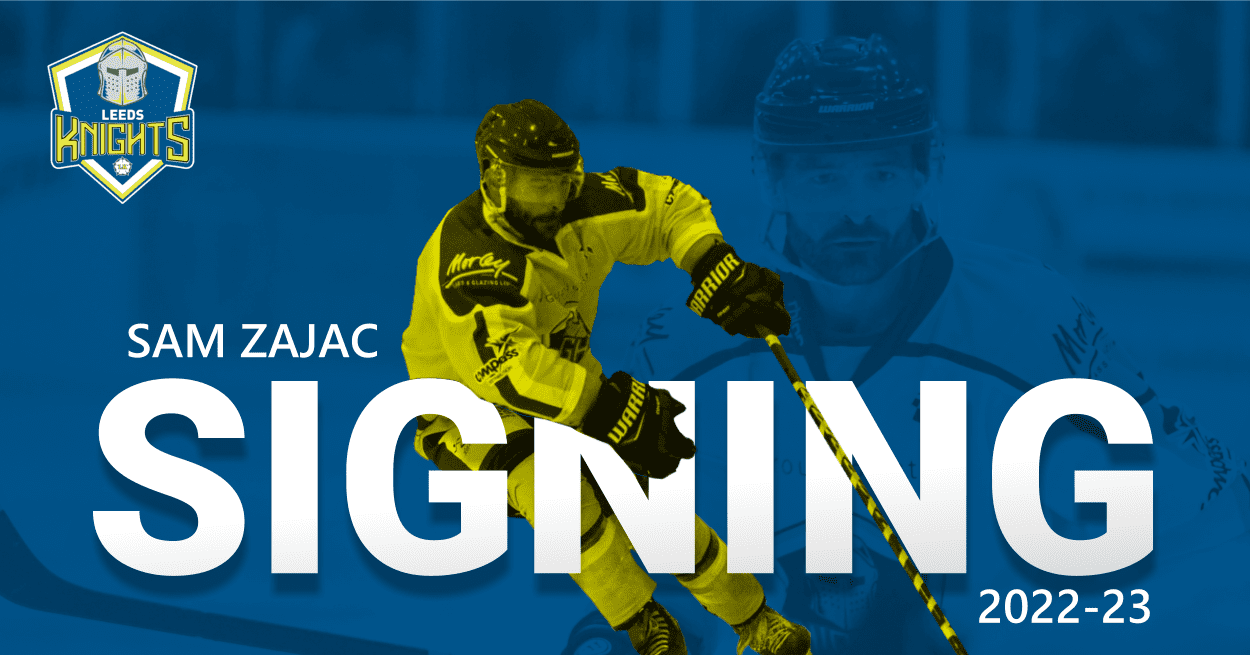 As preparations continue for the 22/23 NIHL season at the Castle, Head Coach Ryan Aldridge has agreed a deal which will see Sam Zajac return to the Knights for the new campaign.

Sam has been involved with Ice Hockey in Leeds from the very beginning and will continue to offer his services for another year in the Yellow & Blue. During the 21-22 season he iced in 46 games and produced 28 points along the way.

Having begun his career in Whitley, the 32-year-old defenceman has seen his career take him as far north as Glasgow, as far south as Basingstoke and includes stops in Telford, Newcastle, Swindon & Manchester along the way.

I’m delighted to see Sam stick around in Leeds for another season. He’s one of the most experienced guys in our locker-room and this is vital for the young team we have here. He’s been there and done everything and is one of the best British defencemen outside of the EIHL, the fans love him here and he’s going to be a massive part of our team next season.

Sam Zajac said:
“I’ve obviously seen the direction the team and the club is heading, with the ownership and with Ryan agreeing to come back, it made it such an easy decision for me to sign for next season. After speaking to Ryan, he’s aware of the areas he wants to change, wants to tweak and things that he believes can make us more competitive next time around. Ryan’s going to be a great fit for us and talking to him about potential signings and where he wants us to go and how he wants us to play, there is a bright future ahead for the Knights.”

It’s not only his career which is impressive, but his journey around the UK has also seen him lift trophies in the EIHL, EPL & NIHL levels, as well as of course making the Autumn Cup Final with the Knights in the season just gone.

If you’re excited about Sam Zajac coming back to the Knights, don’t forget you can book your seats as well by purchasing a season ticket!