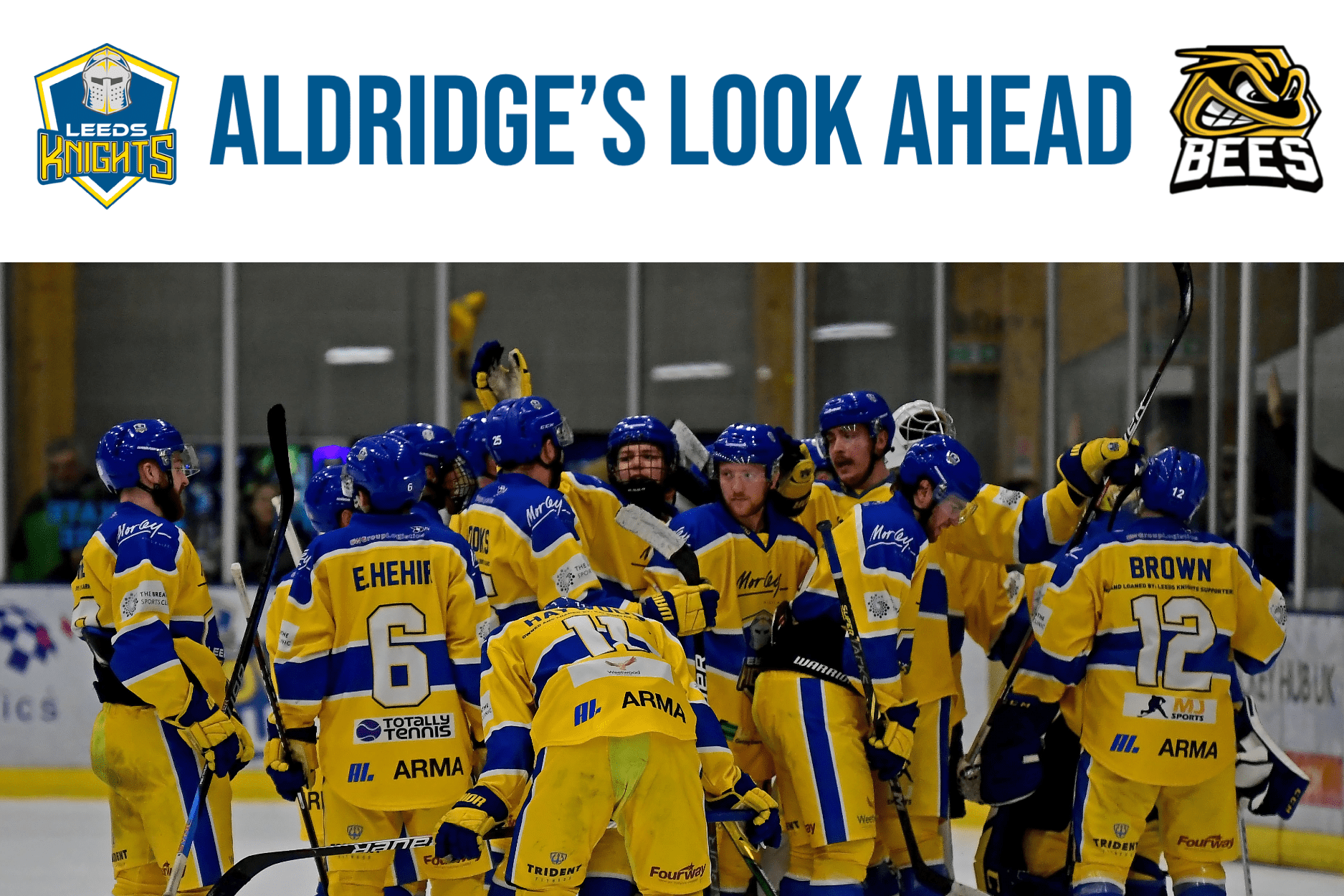 Aldridge’s Look Ahead VS Bees IHC

What a game it was on Saturday night! It literally had everything and I’m sure if there were any neutrals watching that would have been one of the best games they could have witnessed.

Peterborough are having a really good season and to get that win as we did was huge, especially after losing to Swindon the week before.

We obviously didn’t play on Sunday so we have another game to re-arrange later in the season which will be a tough game against the Raiders.

This coming weekend is another single-game weekend with our final home game before Christmas against the Bees.

Dom Gabaj is now in charge there so there will be a different challenge for us and both their netminders can steal games too so we have to be ready from the start.

We’ll need to get our legs going as we did only have the one game last weekend, but the boys will be ready, and I know the fans will be nice and loud!

With our last home game before Christmas, I just wanted to wish you all a very Merry Christmas and we’ll see you over the festive season!