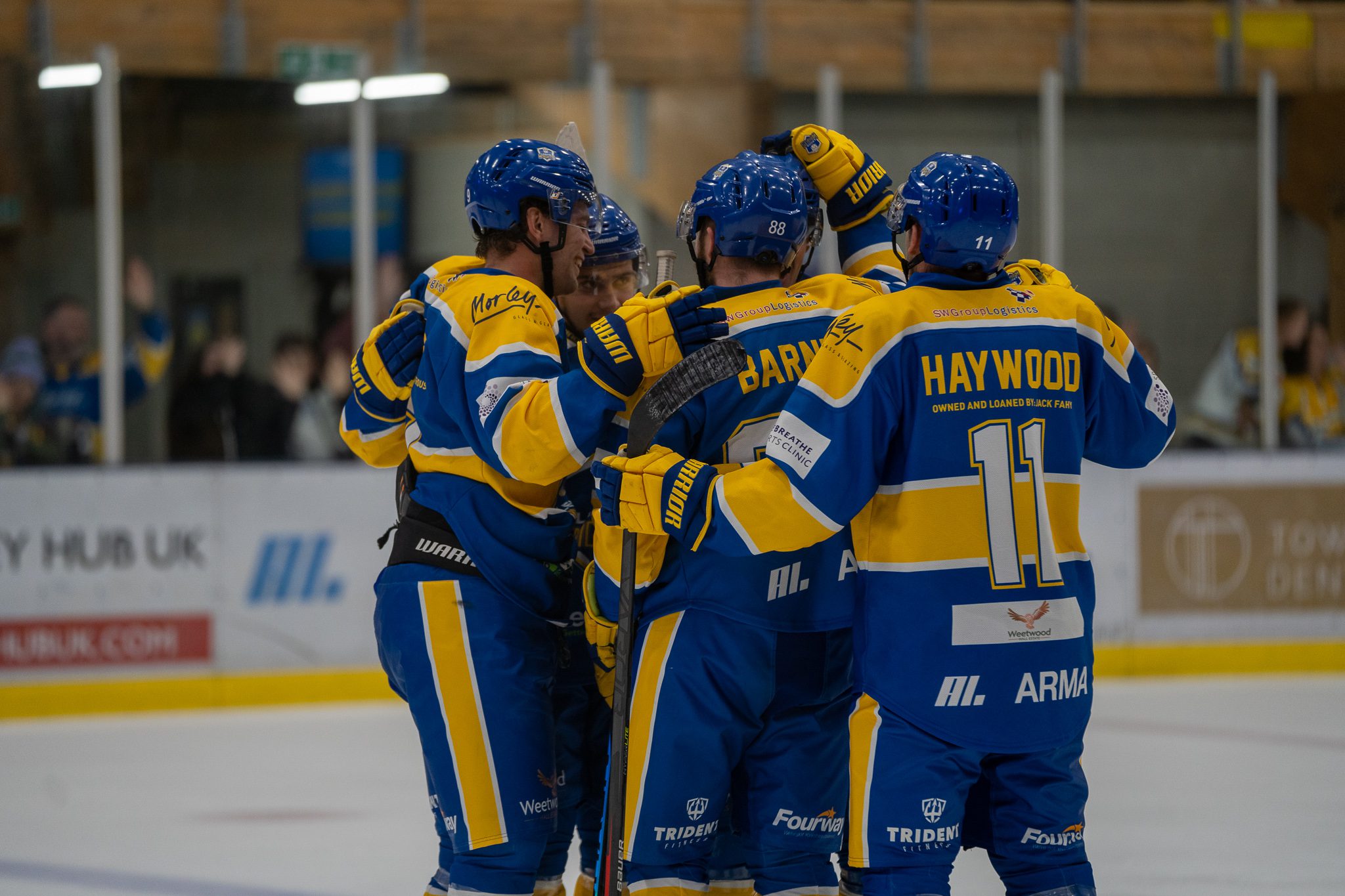 It’s not very often I get to write these down knowing we have a game at the castle tonight!

Before I get stuck into this weekend’s action though, I said that the games against Basingstoke would be some of the toughest we’ll face, and I was correct!

It was a very good road win, but then we didn’t get back to Leeds until very early Sunday morning which meant we had a very quick turnaround before the home game.

I thought at home we battled hard and in the third period we controlled the game well. When they had the five-minute powerplay that was their chance to get back in the game but our penalty killing was phenomenal and for Grant to get the SHG was the icing on the cake really.

Tonight, we take on the in-form MK Lightning. They’ve got a very deep roster only boosted by the arrival of their second import earlier this week.

Along with us, they’ve been setting the pace at the top of the league, so it promises to be a really good game of hockey tonight! They’re going to give us a good test and we have to be at our best tonight if we want the 2 points.