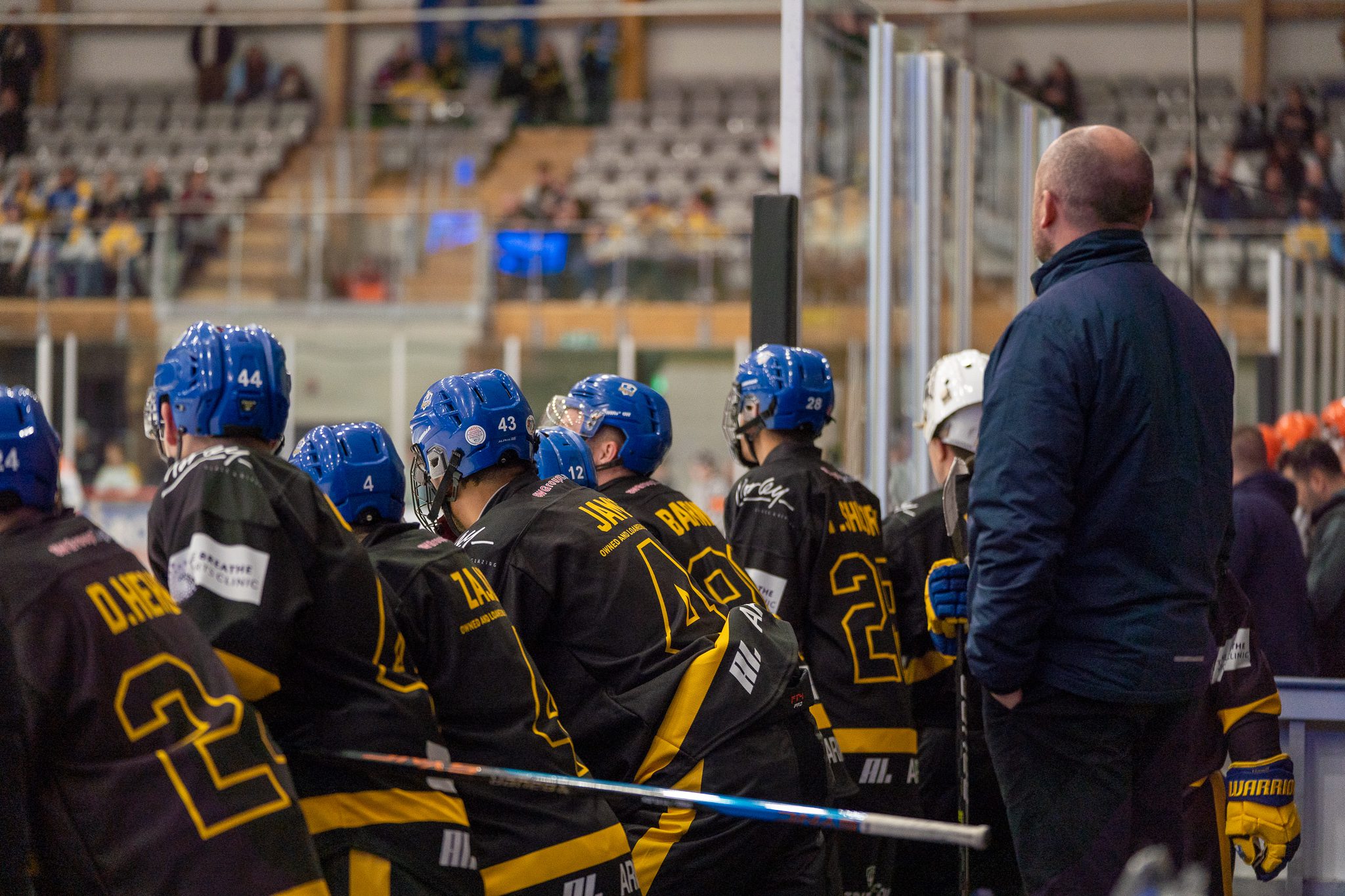 Aldridge’s Look Ahead Week 2: It’s great to have competitive hockey back!

It’s great to have competitive hockey back again isn’t it?

Last weekend was a good one for the boys, we knew it would be a difficult weekend but we got through it well and the guys got two big results to kick off the season.

We’re carrying on from pre-season with our scoring which is good, Grant is carrying on his particularly good form and hopefully that can carry on this weekend!

Heading down to Romford was a tough game in a tough atmosphere but we survived the start and kicked into our game plan and got the win – I’d also like to take a moment to thank our fans that made the journey down to London to show their support for the team.

Looking ahead to this weekend, the games are going to be very different against the Phantoms.

Slava has a well-coached team and sets them up in a particular style of play. It’s successful for them and it can be very tough to go up against. We’ll need to concentrate on our own game and take it a shift at a time.

In their rink especially, it’s the toughest physical pad to play on but everyone has to go there so we can’t use that as any excuse.

The support in the Castle at the weekend was phenomenal and hopefully it’ll be just as loud this week.