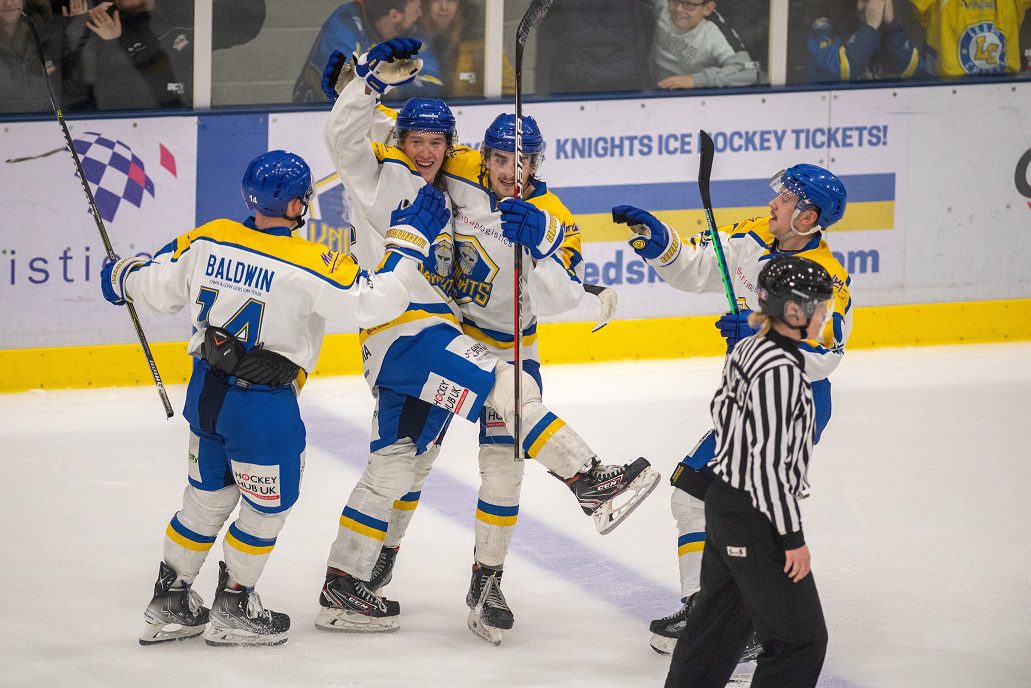 Quest for the Cup

Cup Final Fever is sweeping Yorkshire as the Leeds Knights qualified for the Autumn Cup Final last weekend by defeating the Sheffield Steeldogs in a two-legged semi-final.

In the other semi final this week it was confirmed our opponents would be the Swindon Wildcats after they defeated the Telford Tigers in their match-up.

For the Knights, this is a monumental achievement as we have reached a final in only the second full season of ice hockey in Leeds. Since returning to the ice in September the team have hosted games in front of big crowds, and we hope the forthcoming Cup Final will be another massive crowd.

The dates for the final are still to be determined but it promises to be an exciting two games of hockey, with two teams desperate to win the first piece of silverware for the season.

In the three competitive games the sides have had this season it’s advantage Leeds as we have won both games in Swindon, one of which was on penalty shots, before the Wildcats took the win in Leeds the following evening.

We’re hopefully that everyone in Leeds can get behind the Knights as we look to secure the first piece of silverware in our history. The city of Leeds lives for sport and we hope you can all get behind us for our Autumn Cup Final.