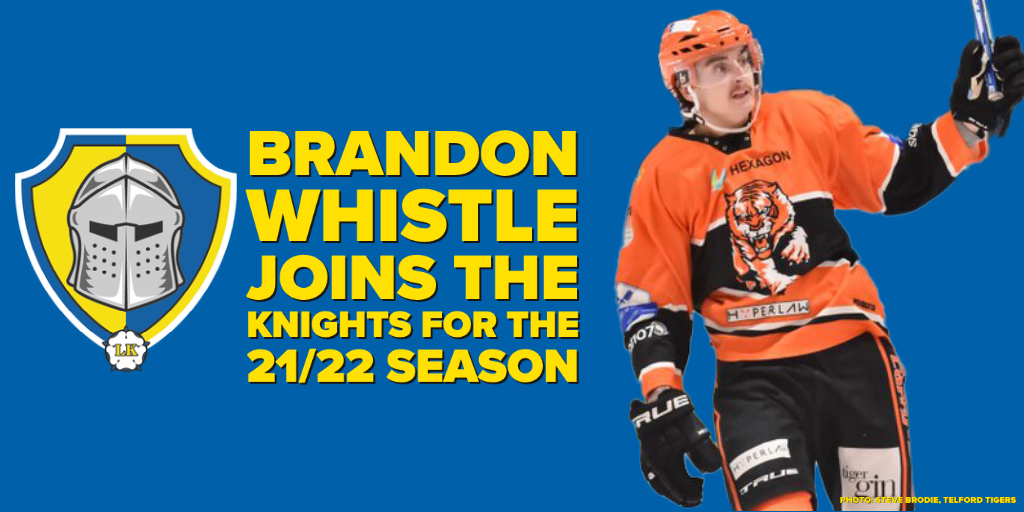 Leeds Knights are delighted to confirm that Brandon Whistle, son of Head Coach Dave has agreed to move to Leeds from Telford Tigers for the 21/22 NIHL campaign.

Brandon, who was born in Kelowna Canada, is a British forward who put up 59 points in 37 games for the Tigers during 2019/20. These points were vital in Telford securing the NIHL league title as well as the NIHL Cup in the same season.

Having originally began his hockey career in Canada, Brandon made the move to the UK in the summer of 2018 where he joined his brother Jackson on the roster with the Sheffield Steelers in the EIHL.

I think we’re a lucky team to get Brandon. I know he’s my son, so I’ve got to say something good, right? But, to be serious, he’s been a good player pretty much all his life, he’s a good team-mate, he’s pumped to get back here and he’s excited to get playing.

We’ll have a few chats before the year starts. I’m not ‘dad’ in here but he’ll know it, he’s a pretty mature kid and he’s just excited to get playing again and coming back over.

If you are interested in sponsoring the Knights then please visit https://leedsknights.com/become-a-sponsor/ and fill out the contact form.