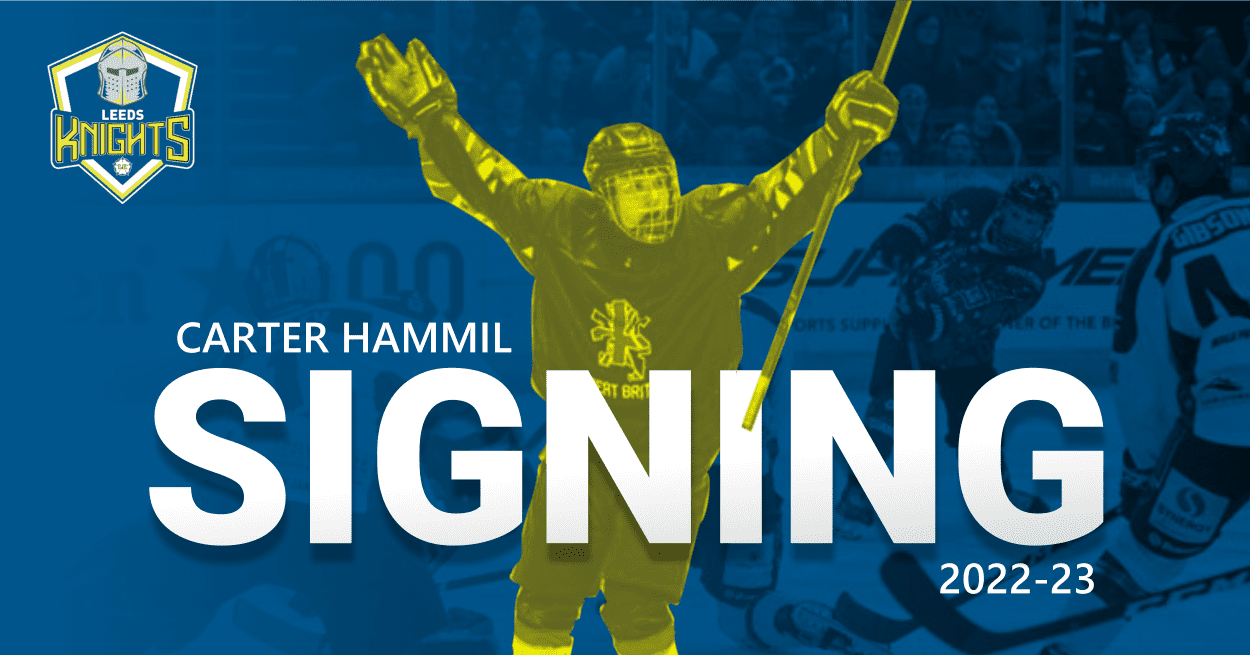 Leeds Knights are delighted to confirm that Carter Hamill has put pen to paper and signed for the Knights ahead of the upcoming 22/23 NIHL Season.

The 17-year-old forward is not a stranger to Yorkshire after he iced for the Knights in the 21/22 season. Carter is a product of the Belfast junior system where he has put up some impressive numbers throughout U16 & U18 level.

His impressive junior campaign also caught the attention of Adam Keefe and the Belfast Giants as he made his EIHL Debut with the Giants icing in 4 games over the course of last season.

Internationally, he’s also been a member of the Team GB U18s which competed at Div2A Level, securing a bronze medal. 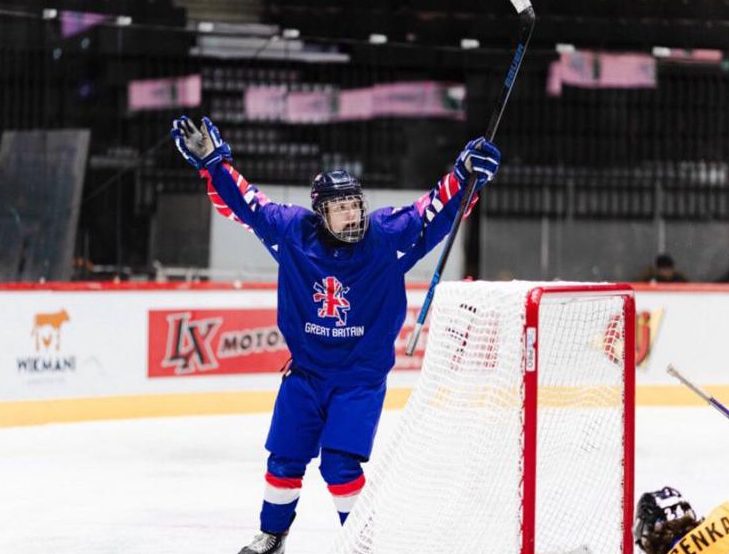 “Carter maybe smaller in stature but plays bigger than his size. He plays with a little chip on his shoulder, and I like that. He knows where the net is and has scored goals at every level he’s played, be it club or country.

I am excited to have him join us full time, the Knights fans only got to see a snippet of him last year and I’m sure they’ll be delighted to have him week in week out this year.”

Read Hamill’s FULL interview with the Evening Post here.
“I can’t wait to get over there,” Hamill told the Evening Post. “When I came over last year I was only over for a week or so, butI just knew that next season it was exactly where I wanted to play, so I was really happy when I heard a deal could be sorted out.
“All the guys there were really nice and welcoming and it just felt like another home to me and made sense to come back. I just knew straight away that I wanted to get it sorted.

“By moving to Leeds full-time, I believe my game will develop more overall. There are a lot of great players on that team already and I feel I’ll be able to learn a lot from them.
“And Ryan is a great coach, too, so I’m sure I will pick up a lot over the course of the season. Ryan likes the idea of having fast, young players and he is keen to have me over there. He knows I can score goals as well.”