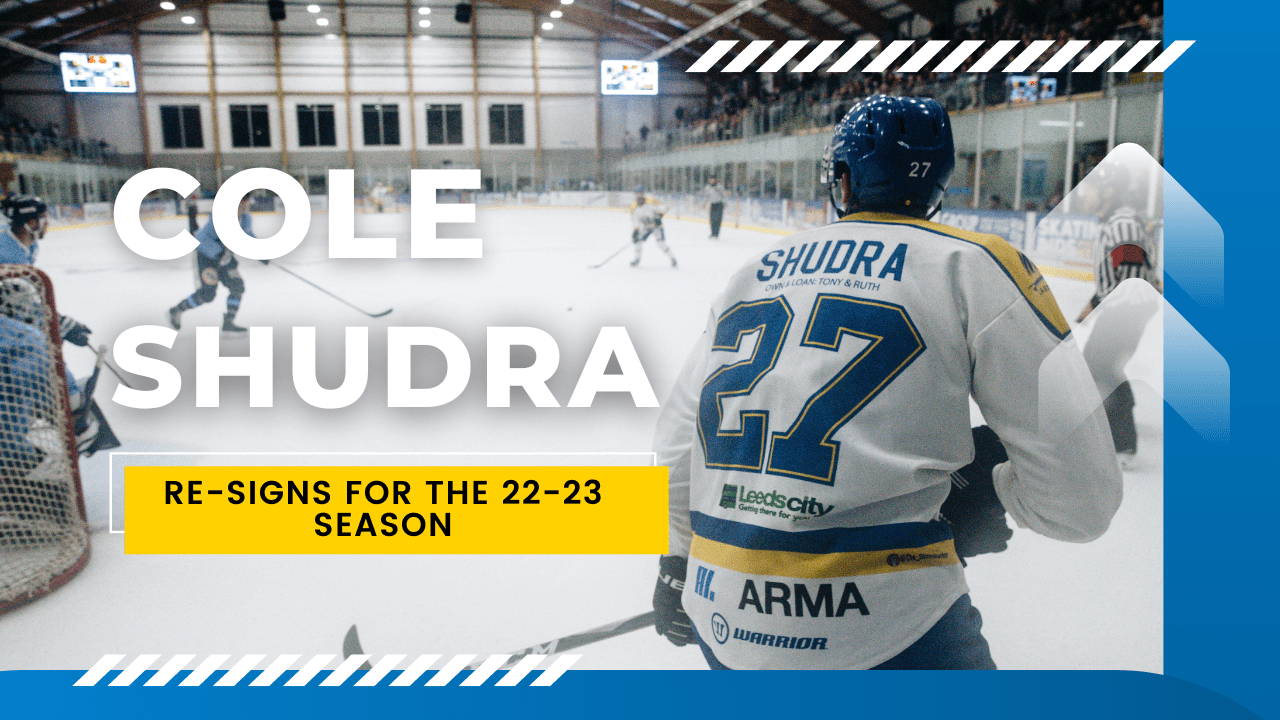 Cole Shudra Confirms his Return for the 22-23 Season!

Today the Leeds Knights are overjoyed to announce that Cole Shudra is going to be returning for the 22-23 season!

Cole played 43 games for the Knights in his first season, logging an impressive 1.49PPG, accumulating 34 goals and bagging 39 assists, for an impressive 73 points – all while being a core piece of both special team units. When speaking to Cole regarding his return, he was eager to express his excitement and gave a special nod to the fans! – “I’m Very excited to be back in Leeds! It felt like a second home last season and the fans were unreal so it was a no-brainer to re-sign!

Cole didn’t just praise the fans though, as he looks forward to working with Head Coach Ryan Aldridge once more as they’ve now both confirmed their return for the 22-23 season!  “Ryan is putting together a great team so far and I’m buzzing to get going already, I think we’ll be very hard to play against every night especially at home with our fans!”

Along with his excitement, one thing is still on his mind following his first season in Leeds colours: “Last season we came up short in terms of trophies so that’s the only thing on my mind going into next season is trying to lift as many of them as we can as a team!”

Head Coach Ryan Aldridge is equally excited about his latest signing, and he had this to say about Cole’s return – “Cole will play centre, he’ll play on the wing and he can play ‘D’ – and he can do all of them well.” That wasn’t the only praise that Coach Aldridge had for Cole: “His character, his will to win, everything about him really, I’m a big fan of him… He’s going to be a big player for us next season.”

With 7 signings confirmed already, you too can confirm you’ll be back for the 22-23 season by getting a season ticket today! Read all about our season tickets and the range of benefits here.