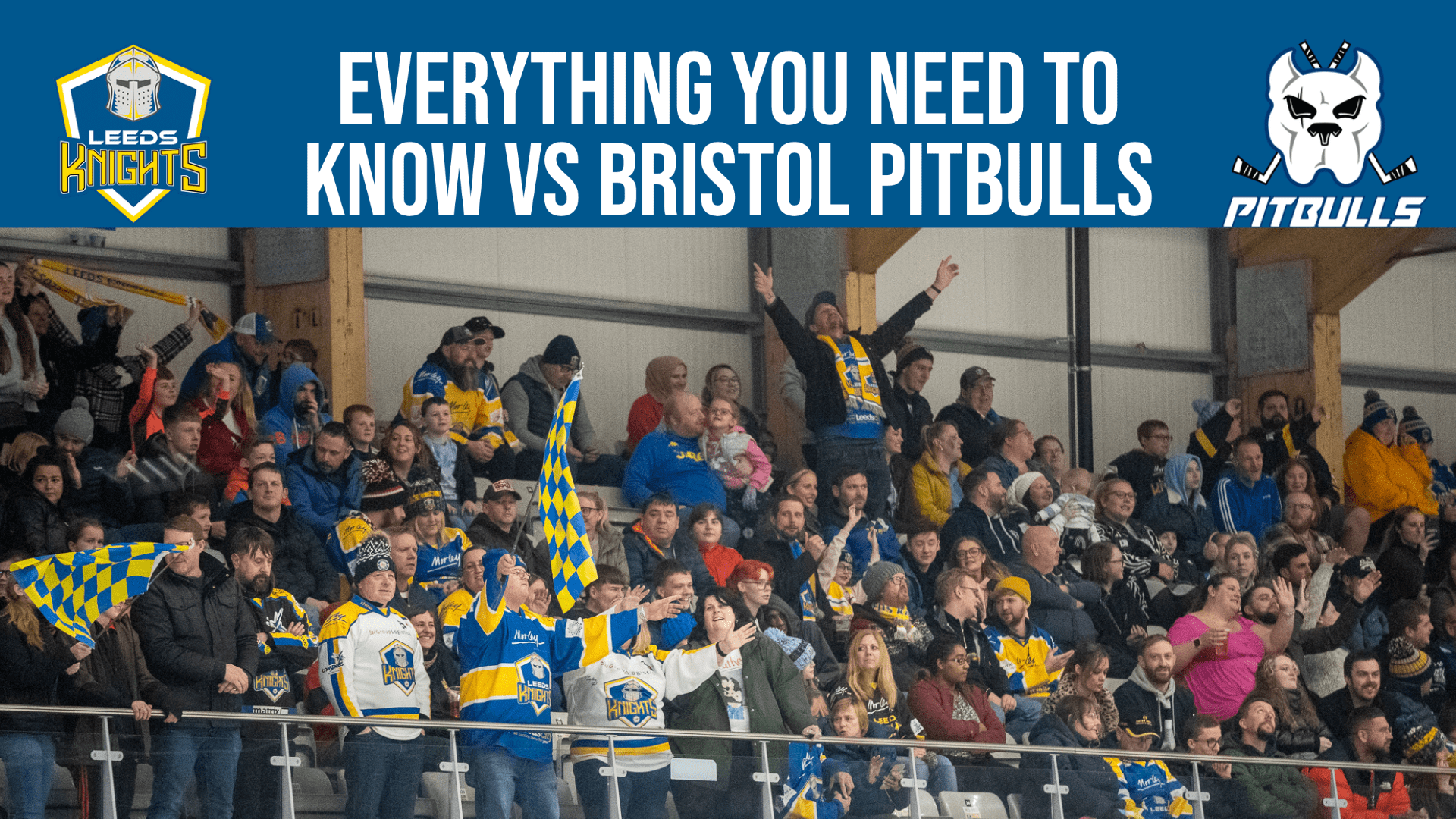 Everything You Need To Know VS Bristol Pitbulls Sunday 6th November

20% Off all tickets online

Using code KNIGHTS20 at checkout, you can get 20% off all tickets when booking exclusively online, treat yourself to a cracker of a game this Bonfire Weekend with our sparkling offer for a banging night of ice hockey! Get your tickets here. 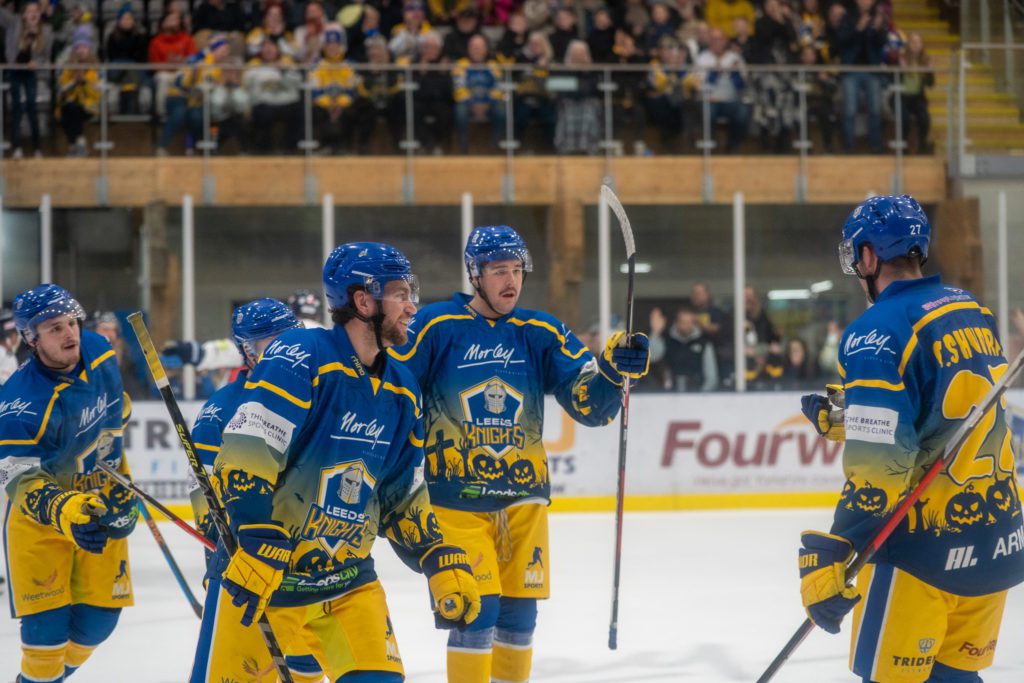 We face the new team on the block, Bristol Pitbulls, for the first time in history this Sunday – and we get to so in front of a home crowd. Entering the weekend, the Knights are at the top of the league table, having been undefeated through the first 12 league games of the 22-23 season! In comparison, Bristol sit 9th in the league with 4 wins and 9 points, ahead of Bees IHC and the Hull Seahawks who managed to get their first points in history with a Penalty Shootout win over this Sunday’s visitors.

The Bristol Pitbulls made the jump to the Planet Ice NIHL National Division in the off-season and made plenty of moves to prepare for their first year at this level. Their biggest moves included the pickup of starting netminder ex-EIHL Will Kerlin, a young-gun defensive duo of Ed Bradley and Ben solder and import tandem of Alex Roberts and Owen Sobchak. While Will Kerlin and Owen Sobchak are new to the league,  Bradley, Solder and Roberts may be familiar to a lot of you – Ed Bradley played for Bees IHC and was a key defensive component, Roberts had an outstanding year with Basingstoke Bison before switching allegiances to the Pitbulls and of course Ben Solder makes his first return to the Castle since his departure, but this time he’ll be in the opposing locker room and not the home one.

In a later turn of events, the Knights have added #41 Oli Endicott into the forward group, someone who will be familiar with the Bristol Pitbulls set-up having played their 11 times in the 21-22 season – albeit in the NIHL 1. On the topic of roster changes, Bristol announced the departure of Dan Bradley on Thursday, which could come into play in Sunday’s game!

The import duo of Alex Roberts and Owen Sobchak are the ones to watch for the Pitbulls this weekend. Alex Roberts is used to playing at this level, after a storming season with the Basingstoke Bison that saw him score 39 goals and 34 assists for 73 points in just 48 games – in addition to his point production, Roberts is a big-strong power forward who’s good on the dot. His start has been slower with Bristol this season, but still impressive, with 12 points in 11 games he’s averaging just over a point per game. Fellow Canadian Owen Sobchak is brand-new to British shores, following 3 seasons in Sweden and a 20-game stint the Australian PHL as well! Sobchak has earned the captaincy in Bristol this year, which proves his on-ice production is accompanied by great leadership qualities and he’s started his season with a flying start, despite joining the team later than anticipated. In his first 11 games he boasts 11 goals and 8 assists, which is an impressive pace and he’s leading the way as his team’s top point scorer!

For the Knights this weekend, the one to watch should be our latest signing #41 Oli Endicott. Oli joins us fresh off a flight from Finland where he started the 22-23 season and played 12 games for IPK U20 in the U20 Mestis league. Oli logged 2 points and 24 penalty minutes in Finland and brings with him NIHL experience after playing 26 games between the Swindon Wildcats and Bees IHC last season.

Head Coach Ryan Aldridge is looking forward to Oli joining the line-up – “We have had a great start so far and Oli will add another dimension as well as more energy into our line up and will play a hard, physical two-way game.” 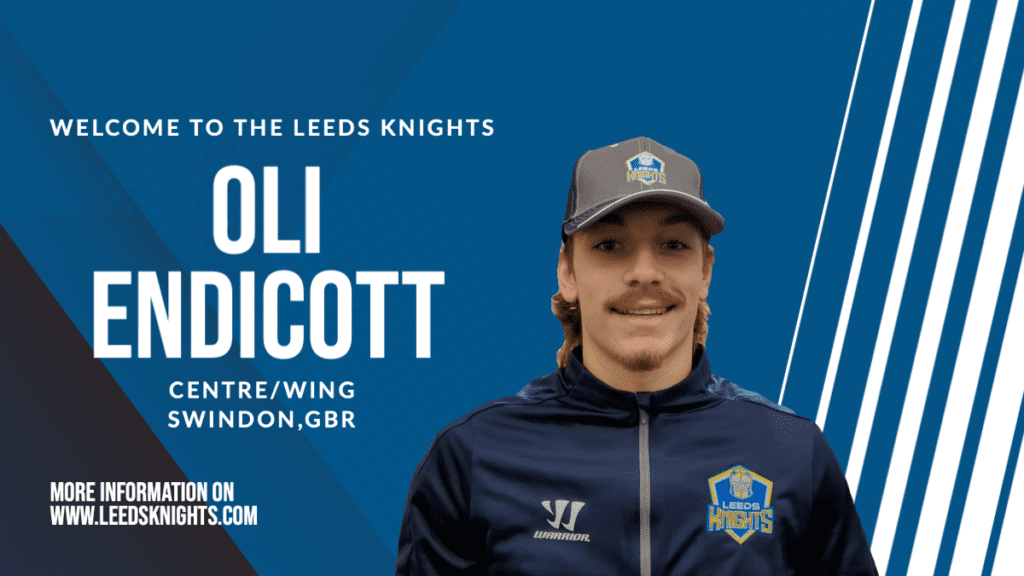 #24 Dylan Hehir and #28 Tate Shudra will be at the post-game signings table in the Planet Ice Bar, following Sunday’s home game. Come along and meet the players, get your merch signed by them and even have a selfie with them! 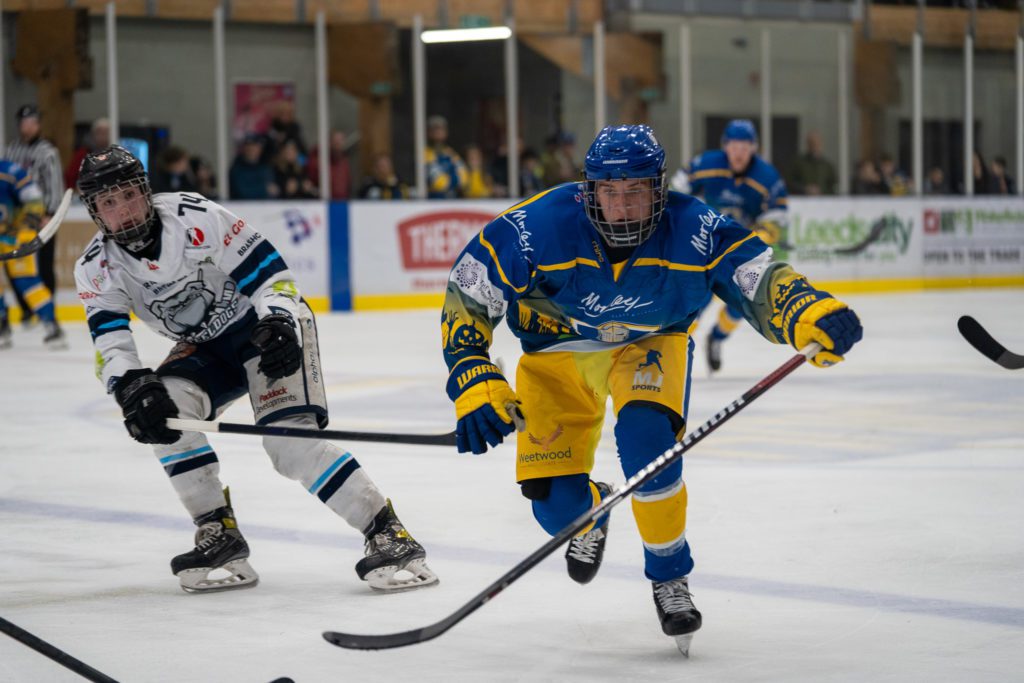 Sunday’s Shirt Off the Back winner will have the privilege of choosing the shirt they want to take home – this measn for just £2 you could win your favourite player’s game worn jersey! We also have our regular competitions on offer, in the form of our 50:50 raffle and Chcuk-A-Puck. In our 50:50 you could be going home with a wallet, purse, or pocket full of cash! The winner of our 50:50 recieves exactly half of the proceeds, and at just £1 a ticket why not try your luck? If a game of chance isn’t up your alley, buy a chuck-a-puck for just £1 and if you’re the closest puck to Leo’s feet then you will win a family ticket for 4 to a game of your choice! Learn more about match night competitions. 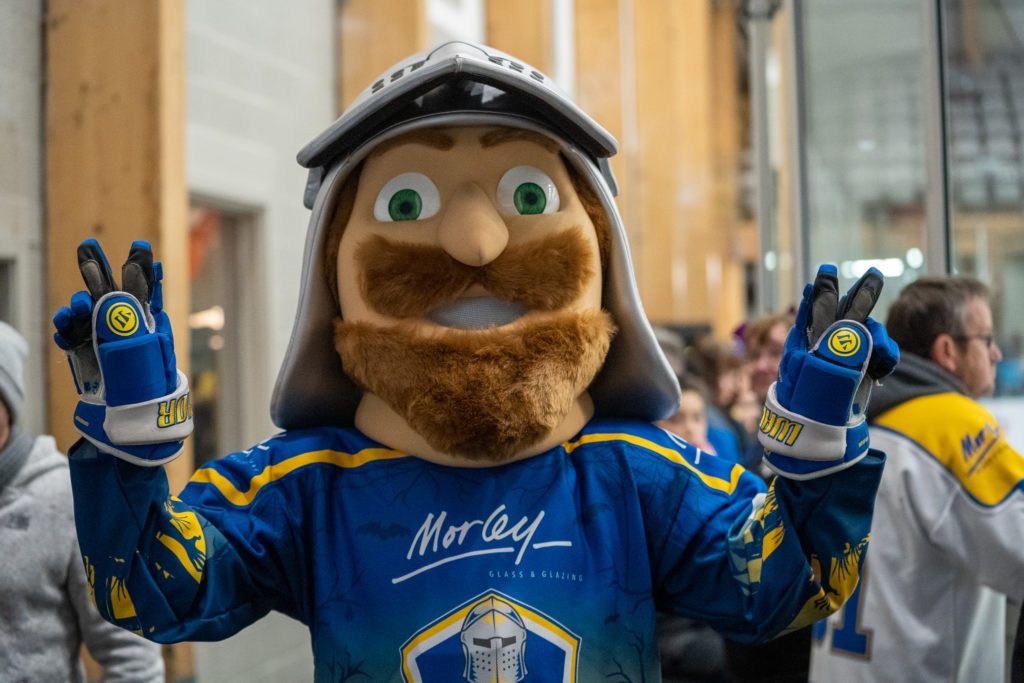