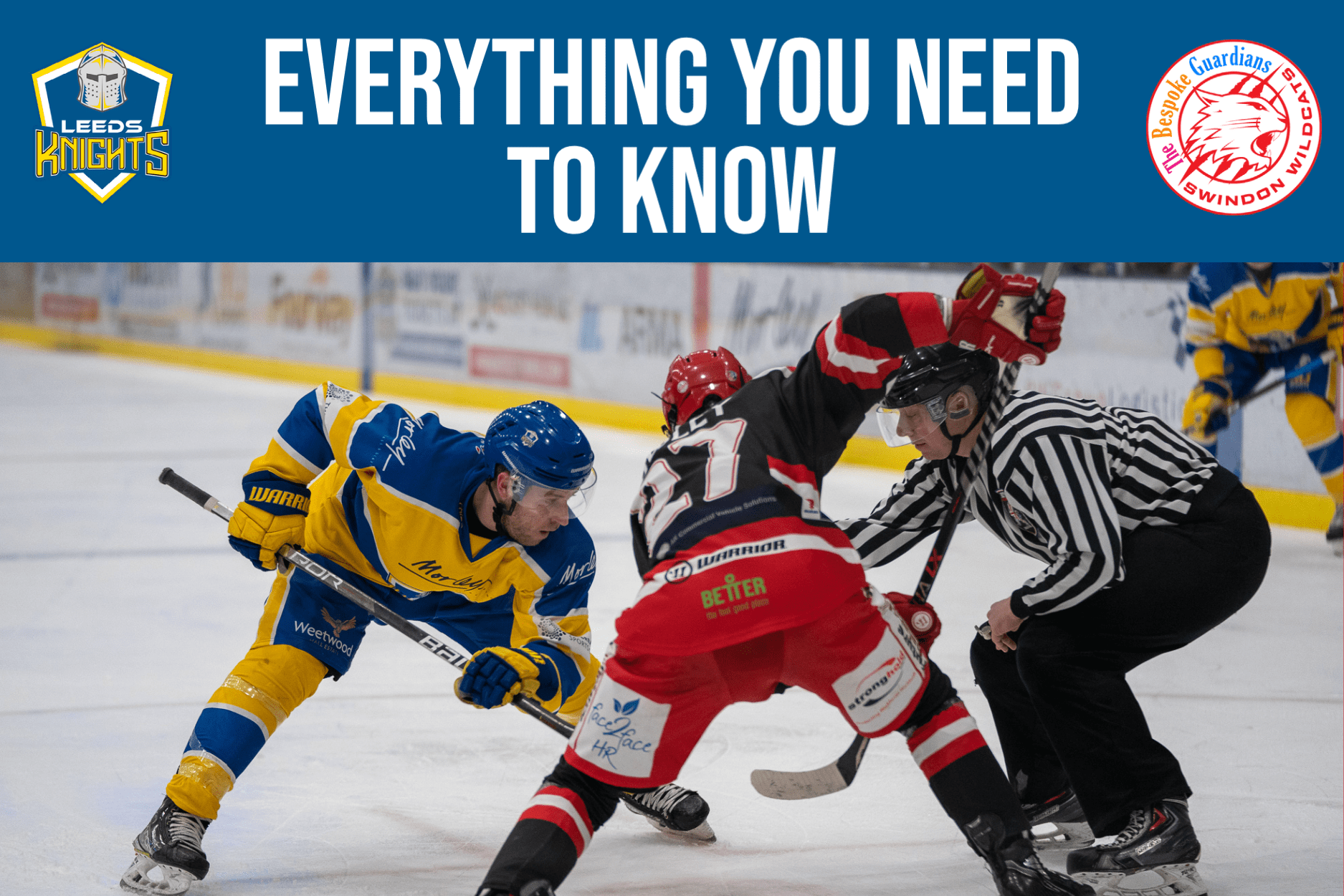 Everything You need to Know VS Swindon Wildcats

Sunday is a massive game, with the Swindon Wildcats looking to keep climbing the table for a higher seeding come playoff time, while we look to stay on top of the league in this very close and intense title race with the MK Lightning and Peterborough Phantoms!

The Ones to Watch for the Swindon Wildcats is Polish import, and current league leader in points, #89 Tomasz Malasinski.

Tomasz is viewed as one of the top imports in the league, and this season he’s very likely going to have a career high in points, having already scored 74 points in just 35 games, split almost evenly between goals and assists. The ex-Polish international’s previous best season with the Wildcats was 86 points in 51 games, a stat that is almost guaranteed to be broken this season.

Jake landed in the UK on Monday afternoon, fresh off the flight from Boston and into a busy week of games for the Leeds Knights! The American-born import started his campaign in the blue and yellow in superb form, almost scoring on several occasions and grabbing multiple assists in Wednesday night’s 7-2 win over the Hull Seahawks!

Witkowski makes his home-debut on Sunday, and will definitely be looking to make an impression on a fast-filling Castle!

The post-game signings this Sunday are #3 Bailey Perre, and #95 Mac Howlett, and they will be available following Sunday’s game in the Planet Ice Bar at the signing table. Grab a picture with the guys, get your shirt signed or just have a quick chat!

50-50 Raffle – Feeling lucky? On Saturday night you could be going home with a massive cash prize with our 50/50 raffle! The winner of our 50:50 receives exactly half of the proceeds, and at just £1 a ticket why not try your luck?