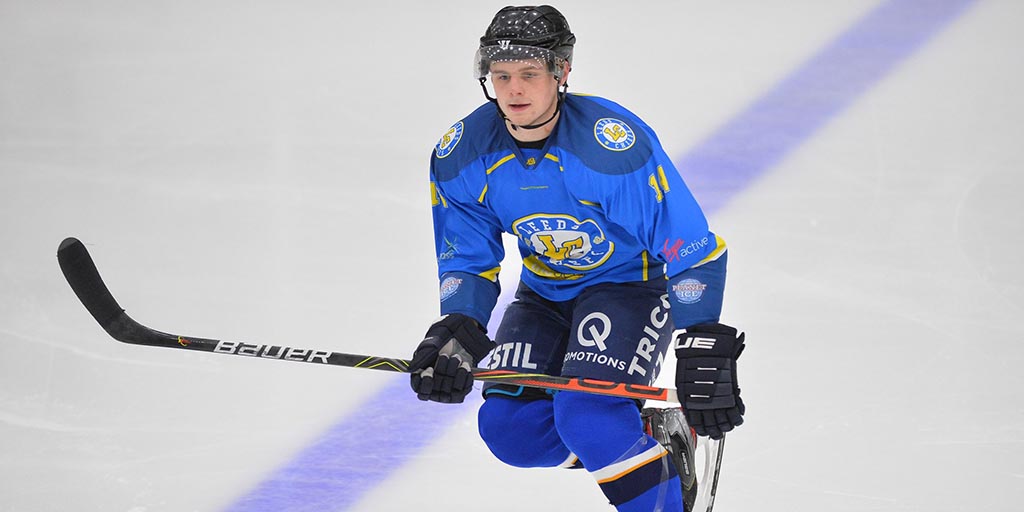 Following the return of Sam Gospel to the Leeds National Ice Hockey side, we are happy to confirm the second returning face for the new season.

Lewis Baldwin will once again be back on the Leeds blue-line for the 21-22 NIHL Season. Lewis, a 21-year-old D man from Billingham, will be icing in his second season in Yorkshire. Despite still being a young player, Lewis has spent time in the EPL with Hull Pirates; Manchester Phoenix and Sheffield Steeldogs. He’s also spent time at NIHL 1 level with the Blackburn Hawks and Solway Sharks.

The 19-20 season was a really productive one for Lewis. In 43 games, Lewis posted 13 goals and 21 assists for a total of 34 points. Most recently he’s been spending the Covid affected season icing for the Widnes Wild in both the NIHL North Cup & NIHL Three Rivers Cup, where he’s combined for 10 assists in 9 games across the two tournaments.

Speaking after confirming his return to Leeds Lewis said:

“It’s great to be back with Leeds. I think with being in at the start with the Chiefs, I’ve probably got a lot more invested in the team because I was one of those here from the start. A few of us went through thick and thin and I think I’m partly coming back to prove to people that we had the makings of a good team here!”.

Managing Director Steve Nell was equally as thrilled to have secured of Lewis for the 21-22 season:

“Lewis will be a big part of next season’s team, I was impressed with what I saw of him last year and when we met it was obvious he is passionate about Leeds and the team. I think that will be a great asset to the team and I can’t wait to get working with him next season”.