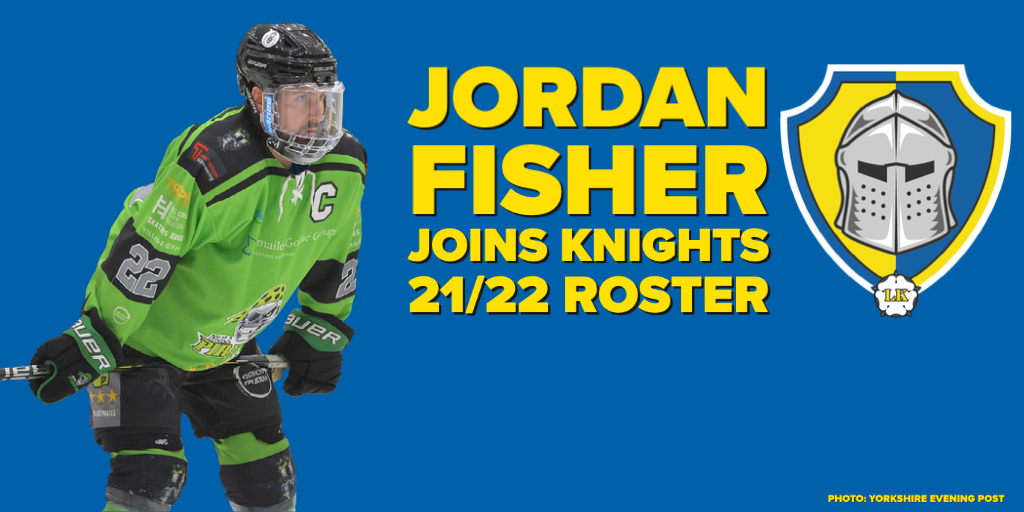 Leeds Knights are pleased to be adding another brand-new face to the 21/22 NIHL National roster, with Jordan Fisher making the move from the Hull Pirates to Leeds for the new league campaign.

Fisher, a 27-year-old forward, iced in 47 games for the Pirates in the 19-20 season where he contributed 12 points along the way. He was also a part of the 18-19 roster who completed the NIHL North 1 League & Cup double, and also going on to win the Playoff Final in Coventry.

Jordan is was born and raised in Hull and has played the majority of his career in Hull. He has experience with the Stingrays in the EIHL and the Pirates in both the EPL and NIHL.

Following the news that Hull would not be partaking this coming season, Jordan has decided to move to Leeds alongside Matty Davies, who also made the move earlier this summer.

“Jordan is going to bring a lot of leadership, he was Hull’s captain for a while and he has played a long time at this level, he plays physical and he stands up for his team-mates. I’m looking at him to be a good, all round player – probably one for the penalty kill and he’ll be one of our leaders for sure.

He brings a lot of experience and talking to Matty Davies, his team-mate at Hull, it’s clear he gives the maximum effort every single game and that is what you want on your team.”

Jordan himself made it clear how excited he was to get underway in Leeds:

“It feels like a fresh start for me. I know this is what everyone says when this sort of thing happens, but I’m really excited about it – I’ve not been this excited to start a season in a long while. Now I’m with Leeds, I’m all in. With me it is about putting the effort in, something I can guarantee I will always do.

It’s a great opportunity with a new team and a new coach in Dave Whistle, one who I am really looking forward to playing for and learning from

When you look down the list of who we have got signed already, I’d definitely say we’re looking to be a good contender for the league.