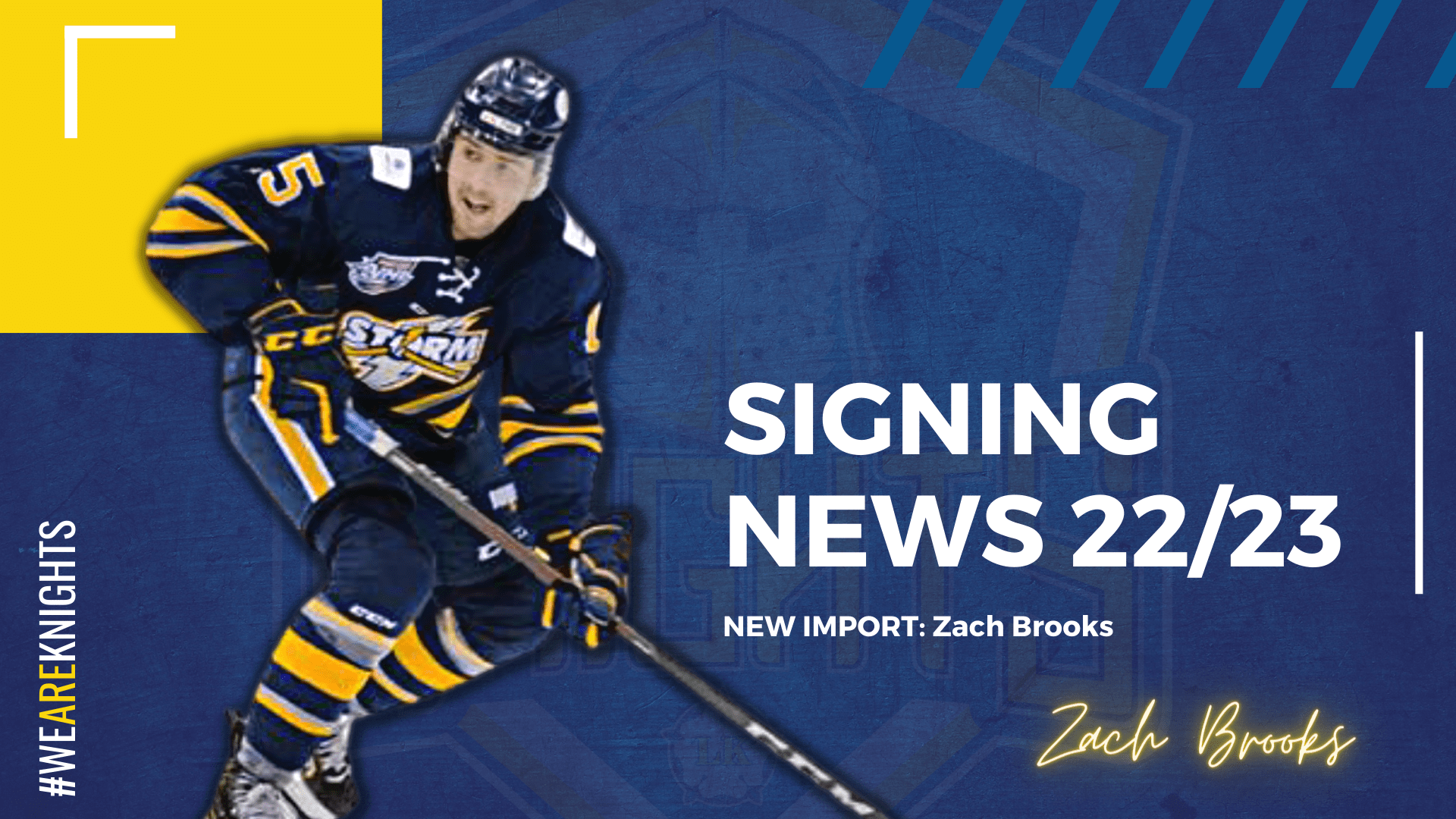 Leeds Knights are delighted to confirm their first import, Canadian born forward, Zach Brooks! Brooks joins the team having iced for the Grande Prairie Storm in the AJHL in Canada.

Zach, is a 20-year-old forward who hails from Bromont Quebec. He’s spent his entire career in Canada and is looking forward to getting over to the UK for the first time in preparation for the new season.

Last year in his 2021-22 season, Brooks iced in 60 games and put up 50 points for a combined 22 goals and 28 assists. These performances led the Trois-Rivieres Lions calling him up to the ECHL for two games.

As well as the AJHL he’s also iced in the BCHL, QJHL and various other Canadian Junior Leagues. He’s averaged around 0.50 points per game throughout his career and is eager to get going in Leeds.

Speaking to Leeds Knights he said:

“Ryan and I had a contact in common and I heard the Knights were interested in my service. I had a few conversations with Ryan and quickly decided playing for Leeds was the best move for my hockey career.

I’ve heard nothing but good things about the team, the city and the organisation. I’ve heard it’s one of the best places to play in the NIHL and I’m so excited to meet the fans and feel their support every night.

I’d describe myself as a power forward. I like the physical play and to grind it out. I can play well on both sides of the ice and like to bring a good offensive side to my game.

Coming to Leeds is easily the most excited I’ve been in a while, and I can’t wait to discover the hockey in Europe, and specifically the city of Leeds. It’s going to be an incredible experience for me and I can’t want to meet the guys on the team and everyone in Leeds!”

Similarly, Ryan Aldridge was thrilled to have secured Zach’s signature for the new season:

“I’ve been sitting on this announcement for a while and I’m very excited to finally be confirming Zach will be a Leeds Knight. He’s a real break from the mould as far as imports go around the league and brings a lot of what we were missing last year in his style of play.

He thrives in the grey areas and plays a hardworking two-way game. The feedback I’ve received on Zach was just what I wanted to hear and I jumped at the chance of bringing him to Leeds and think he will be a fantastic achievement to our line-up.”

This will be a unique player sponsorship opportunity for a local business and we’d encourage all that are interested to act fast by emailing warwick.andrews@leedsknights.com

See you in September Zach! 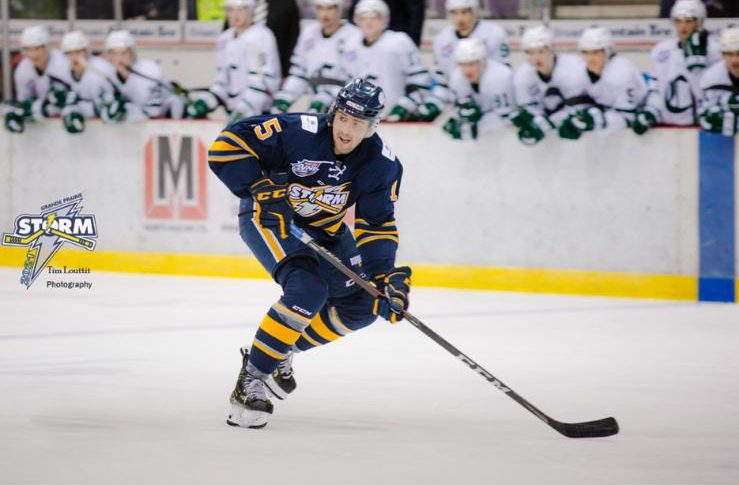