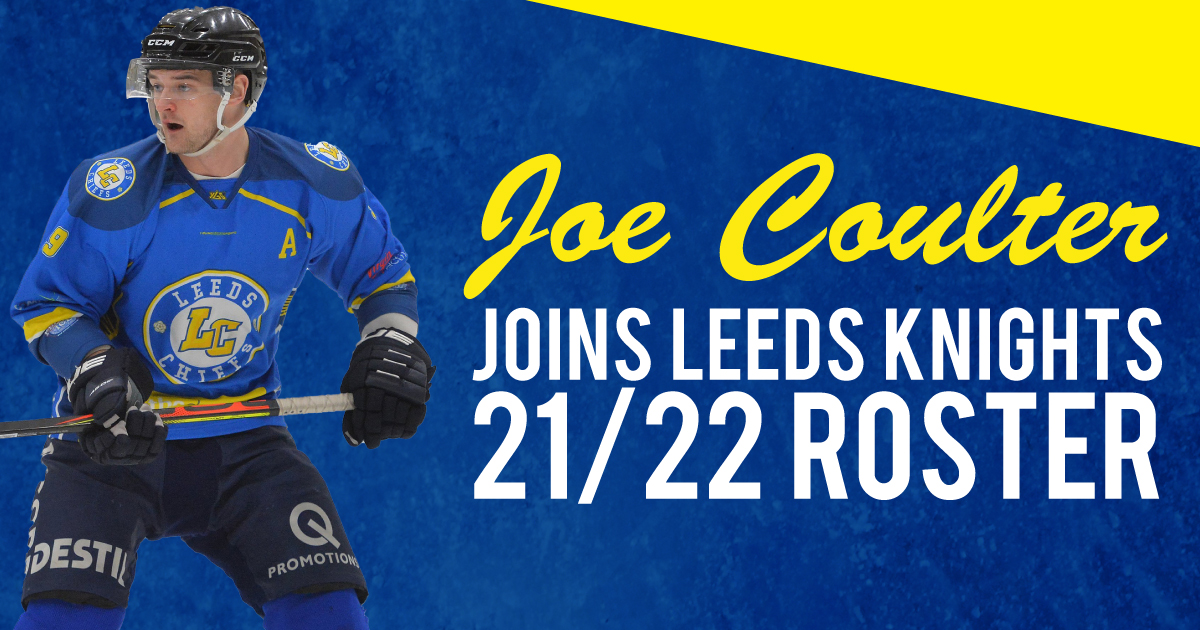 Leeds Knights are thrilled to be confirming that Joe Coulter will be icing back in Yorkshire for the 21/22 NIHL Campaign.

Joe initially moved to Leeds after spending his entire hockey career in Dumfries with the Solway Sharks. After coming through their Junior U18 & U20 sides he went onto ice in over 200 games for the Scottish-based side before Sam Zajac offered him a move to England and to Leeds.

Joe was one of only a handful of players to ice in every game during the 19-20 season and contributed 20 points (7G, 13A) in 44 games. He’s put pen to paper to extend his time at Elland Road and New Head Coach Dave Whistle is delighted to have Joe back in the lineup for the new season

“Every team needs players like Joe in their team. Everything I’ve heard about Joe has been good. He’s a really good team-mate, good in the dressing room, vocal when he needs to be and is good in the face-off circle.

He works hard all over the ice, and plays at both ends of the pad. He is the exact type of guy you need to win games and I’m incredibly happy that we’ve kept hold of him with the Knights.

Similarly, Joe himself was thrilled to have signed on the dotted line for another season:

“With the takeover you couldn’t have asked for a better outcome. In terms of guys that are motivated to develop ice hockey in this city there are no bigger or better names. After the rocky first season we had, I think I speak for all the guys signed so far that we are definitely excited about who has come in.

The new management want to develop a club and not just put a final Knights product on the ice. It’s about the supporters club, match-night experience and the future of Ice Hockey in Leeds. With the potential the club has it really was an easy decision to return and I can’t wait for September to be back on the ice!”