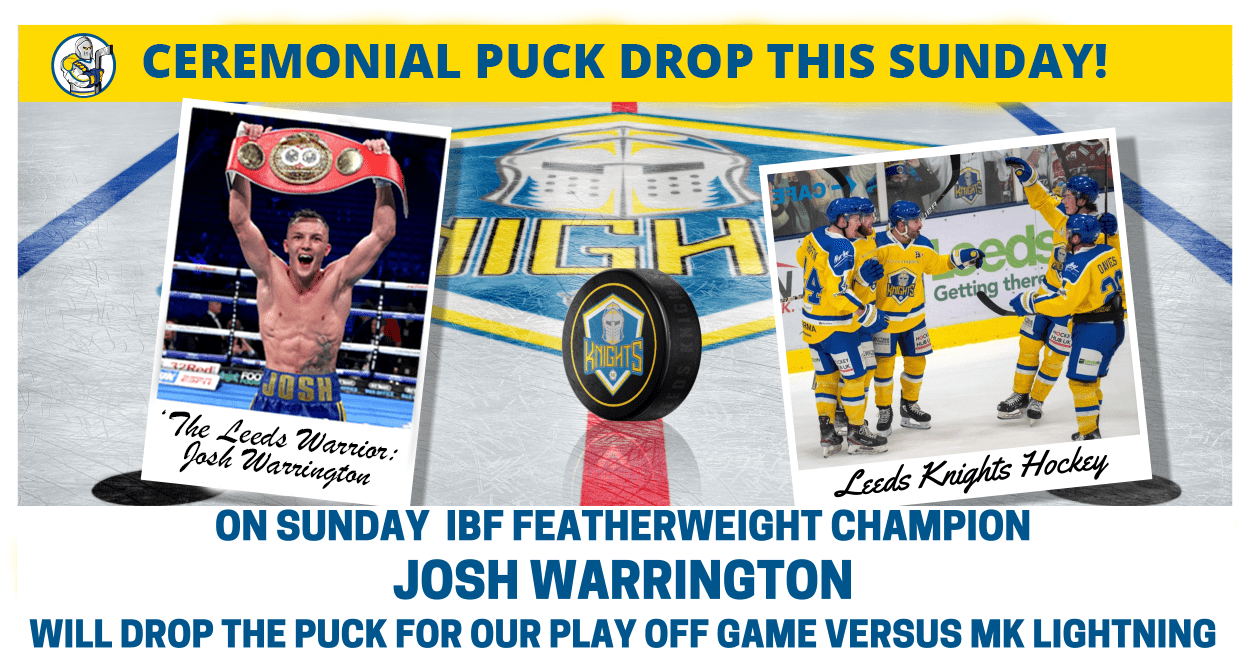 Josh Warrington coming to Elland Road a champion this Sunday!

‘The Leeds Warrior’ Josh Warrington is set to perform our ceremonial puck drop for our first ever playoff home game! Following our 4th place finish in the league, we set our sights on making it to the Final Four at the end of April for our last chance at some silverware in our first season.

Josh was supposed to come to a game previously but couldn’t make it, but after regaining the IBF Featherweight world title just under two weeks ago Josh Warrington comes to Elland Road a champion! We can’t wait to welcome Warrington to his first ice hockey game, and everybody involved hopes lightning doesn’t strike for the second time this weekend!

With this massively influential figure at the game on Sunday, we hope you’ll join us marking our NIHL Playoffs campaign with a bang, as we look to defeat the Lightning and take 2 points to help us in our fight to make it into the Final Four. To join us get your tickets for Sunday and all of our playoff games here!