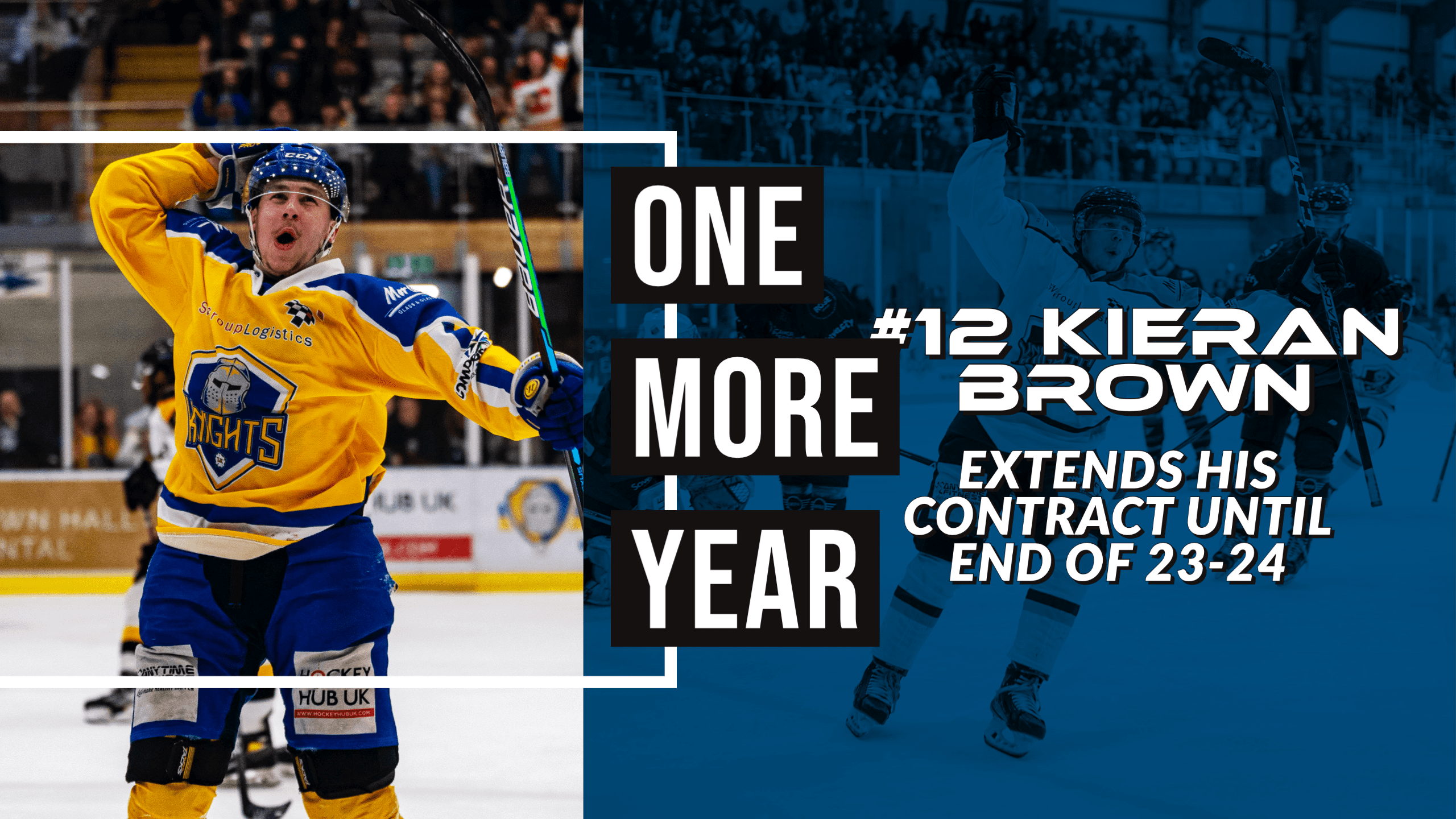 Kieran Brown extends his stay with the Knights until 2024!

With the season start just two months away, the Leeds Knights are delighted to confirm that Kieran Brown has EXTENDED his stay with the Knights until the end of the 23-24 season!

We are sure Kieran’s return for an additional year will be welcomed, and his return will see him join the likes of Head Coach Ryan Aldridge, Sam Gospel and Josh Hodgkinson who are all on two-year deals.

Kieran is still only 21, but has posted an average of 2.13PPG in the National division, and Head Coach Ryan Aldridge is looking forward to working with Kieran for 2 more years – “I think it’s a statement of what a great organisation Leeds is, for him wanting to be here for an additional year – he’s a key part of our build – we want him here, and he wants to be here so both parties are excited about the future.”

With a few core pieces signed for two more years, Ryan sees the upcoming season as another building block – “This year is another building year, purely with the amount of player we needed to bring in and changes we needed to make – next year hopefully we keep growing the core and going onto bigger and better things. Having players on two-year deals just proves what we’re building for, the future. Getting key players early will help us in recruitment for the next year and the returning guys will know what to expect and what’s expected of them. We’re really looking to build something special in Leeds.”

On why he chose to commit to another year at ‘The Castle’, Kieran described it as a decision as an easy one – “It was an easy decision for me, Leeds is where I want to be. Hopefully this year we can make it to the playoffs and get some silverware.”
The confirmation of Head Coach Ryan Aldridge, Netminder Sam Gospel and newly announced D-Man Josh Hodgkinson all being in Leeds for the next two years played a helping hand in Brown’s extension – “Ryan was a big part of me coming back, it’s good to be able to build together for a first year and even better to be able to come back stronger in that second year.”

Despite being the league’s top scorer last season, and winning multiple individual awards, Kieran is looking to find success as a team. “I’ve worked hard in the off-season, I had a good season last year but it’s about coming together as a team, that’s what’s more important – winning silverware as a team.”

Kieran Brown is officially back until 23-24, and we hope to see you at Planet Ice Leeds this September!

Own & Loan: You can purchase a player’s jersey and loan it back to them for the 22-23 season, just go to our online store!