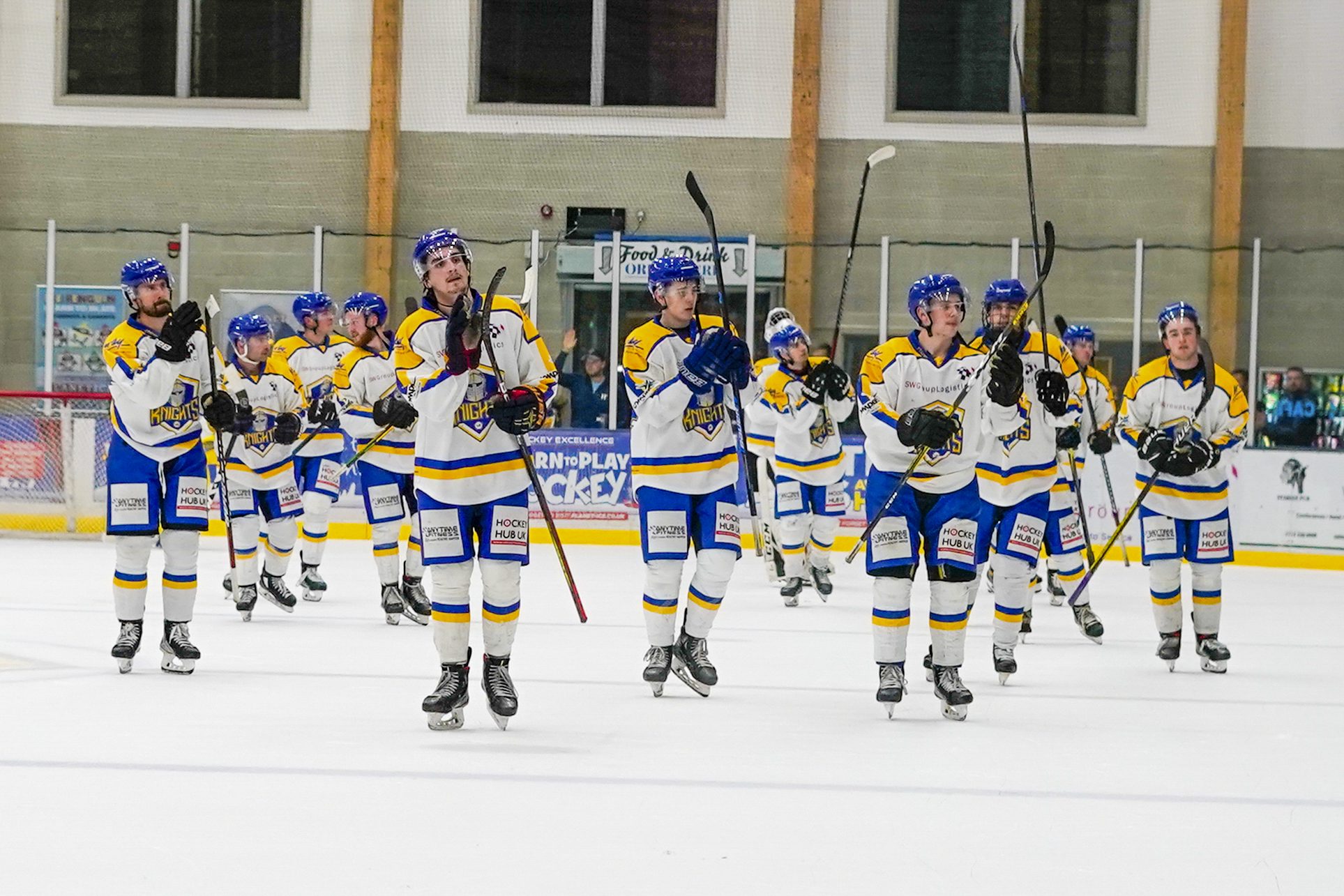 Last Saturday against the Raiders was our biggest crowd to date, with 1267 people in attendance! Not only is a great to have people in the building, but the amazing support from all of you has been fantastic. As we get deeper into the season, there is a lot to look forward to! Next week, we take on the Sheffield Steeldogs in the Autumn Cup semi-finals, and if we ever needed a big crowd to show their support then now is the time.

In the Autumn Cup qualifiers, the Knights finished second by only 1 point and winning 6 games out of 8! The Knights look to continue this impressive form in the quest for the cup. Although difficulties have been faced in recent games, we have seen several young British players gain some tremendous experience at this level and make their debut for us.

Last week alone saw Carter Hamill score his first goal in the NIHL in only his second game at this level. The goal was assisted by long-time linemate Mack Stewart, the duo came over from Belfast where they train and play with the EIHL’s Belfast Giants and combined to score in only their second game together with the Knights. However, these two weren’t the only debutants last week, with Harry Gulliver making his home debut in a brand-new two-way deal with the Manchester Storm, as did Niks Trapans, who got around 50 minutes of game time Saturday before starting in goal the following night.

GM and head coach Dave Whistle is working hard this week in training and behind the scenes to do everything he can to help the team get a strong start to November as we take on the Telford Tigers this weekend. As well as this, the Knights leadership team in Sam Zajac, Bobby Streetly and Joe Coulter have been rallying the troops after Sunday’s loss to the Bees IHC as we travelled to Slough.

That’s everything that the team are doing on the ice for the team and for all of you at home. But we would also like to take this time to appreciate every single fan that is coming to watch us week on week and doing everything you can off the ice. Your unwavering support has been refreshing and we cannot express our gratitude enough.

Tickets for this Saturday against Telford Tigers.

Tickets for Friday the 12th against Sheffield Steeldogs