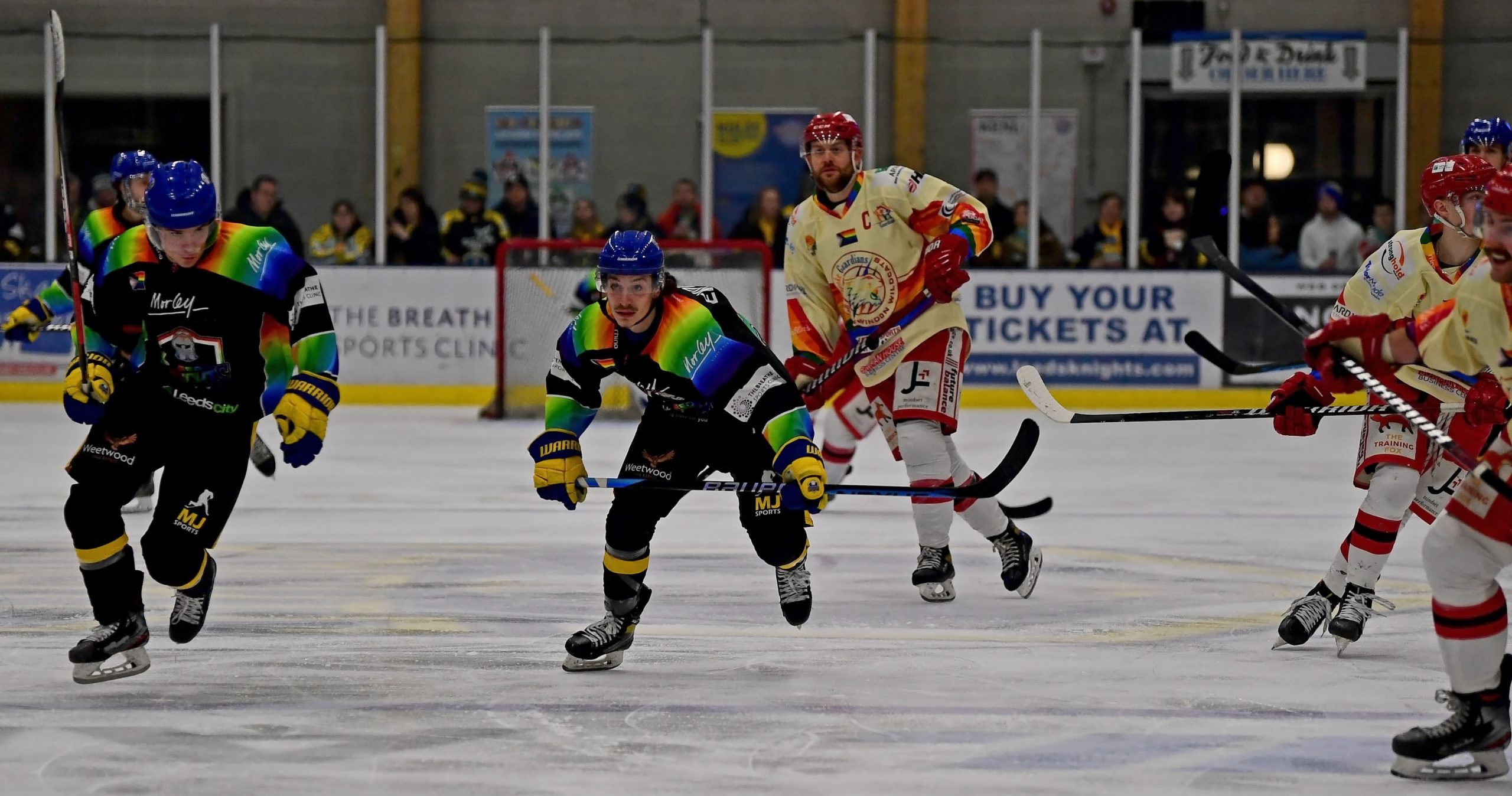 Having built a three-goal lead over Sheffield Steeldogs in their two-legged NIHL National Cup semi-final with a 5-2 win in the first encounter at Ice Sheffield on Friday night, it was clear the Knights still possessed plenty of offensive punch.

But, when you’ve got four players other than the talismanic Cooper having already pushed through the 50-point barrier for the season anyway, should that really come as any surprise?

Having taken Saturday night off to recover from their exertions in the Cup, there was nothing straightforward about their assignment 24 hours later, welcoming Swindon Wildcats to Elland Road for the first time since December 4 when the Wiltshire side inflicted the Knights’ first and, still only home regulation defeat when winning 4-1.

A tight first period last night saw the teams separated by just one goal, that coming from Knights’ Sam Zajac with just 22 seconds remaining before the buzzer for the first intermission arrived.

The always-dangerous Tomasz Malasinski reminded the hosts of his potency when he levelled matters at 28.43 with his 500th point for the club.