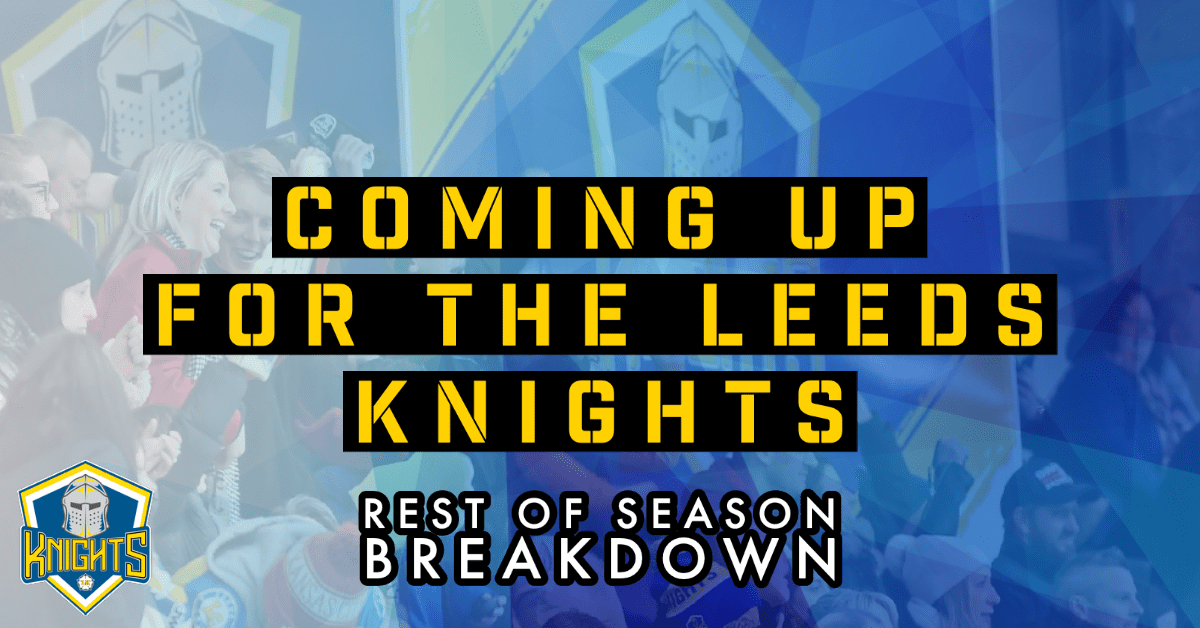 PLAYOFFS: Everything you need to know!

Don’t panic! The season doesn’t end when the league games do, there’s still plenty of hockey coming up and we can’t wait for all the action that is still to come!

We have broken down how the rest of the season is set to unfold:

We launched our 22-23 season tickets on Tuesday, and through the rest of March you will be able to secure a season ticket for the best available price.

Next Friday, the 11th of March we have a fan event for season ticket applicants, where you will have the opportunity to speak with our Managing Director Steve Nell and watch an open training session of the Knights.

The knights have 5 exciting home games remaining, which are expected to be big clashes as we race to finish as high as possible in the final standing.

Our regular season ends with a BANG this year! As we’re set to take on Yorkshire rivals Sheffield Steeldogs, who we have jockeyed with over league position all year.

Sunday April 3rd is a game not to be missed, and you can grab your tickets here – don’t miss out and support your Leeds Knights in our regular season finale!

The action doesn’t stop there, though…

The top 2 teams from each group go to the ‘Final Four’ weekend at the Coventry Skydome the following weekend where one winner will be crowned in the Final on Sunday the 1st May.

The ‘Final Four’ in Coventry is a great opportunity for fans from a range of teams to catch up, have fun and enjoy quality ice hockey.

Wrapping up our year we have our End of Season Player Awards Night! This will be hosted by our Supporters club, and tickets can be bought through them. Contact Gary at leedsihsc@gmail.com, or on 07751 747068

The event is on the 7th May at Hilton Leeds City, with Rich Williams hosting and street food from around the world being served.