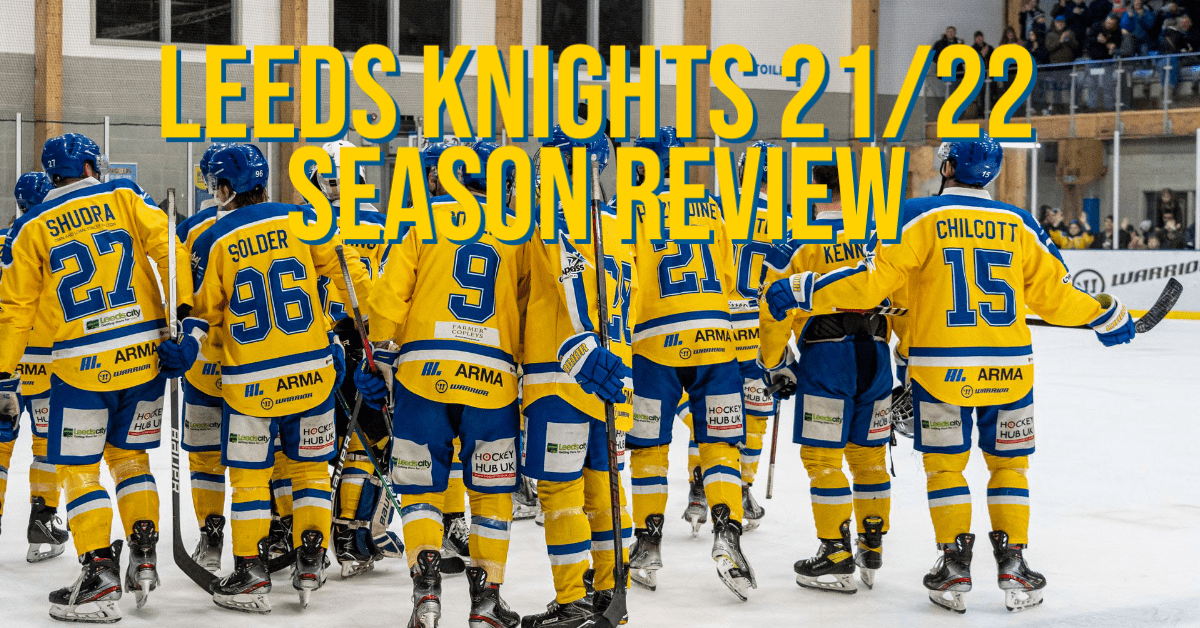 Our first season as the Leeds Knights is officially complete, and what an amazing season it was! First of all we’d like to thank everybody involved to our loud, loyal and incredible fans, our reverent match night volunteers, our fantastic sponsors and our hard-working team and staff – thank you.

Our season started off with an impressive 12 wins and 4 losses, as the Knights put their stamp on hockey in Leeds and impressed the NIHL early-on as a force to be reckoned with. This run of form saw us qualify for the Autumn Cup Semi-Finals, where we bested our Yorkshire Rivals the Sheffield Steeldogs in a packed Planet Ice Leeds and headed to the finals against the Swindon Wildcats.

December came along quickly, and with a growing fanbase and a growing team the Knights were on a roll leading into the second leg of the Autumn Cup Final, only a goal down after a trip to Swindon and off the back of a double-header victory against the Bison, the Autumn Cup trophy was up for grabs! In a sold out rink with a massive 2048 spectators, the Knights just lost out in a hard defeat to the Wildcats – but despite the loss, getting to a final in the club’s adolescence is something to be immensely proud of. 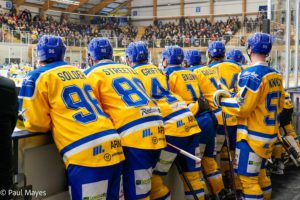 On the 19th of December just days before the Autumn Cup Final, we partnered with the Children’s Heart Surgery Fund in our first ever teddy bear toss. The fans of Leeds embraced this event and helped us raise a mammoth 397 teddies for children in need over the Christmas period. Watch the teddy bear toss here. 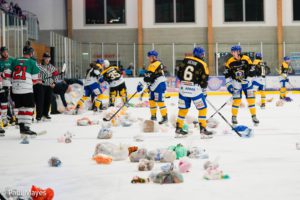 January saw a big change for the club as Ryan Aldridge stepped up as the Head Coach for the Knights, and Ryan’s appointment injected positivity and morale into the locker room and this showed with the team’s on ice performances in the following weeks. Ryan’s appointment recovered the season for the Knights as we fought for second place in the final weeks of the season, before being narrowly beaten out and finishing fourth in the league. 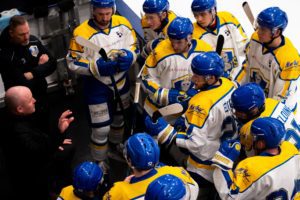 As well as some superb results from the team, this season saw some amazing individual accolades achieved by some of our players. #21 Archie Hazeldine was the 8th highest scoring defenseman in the league selected and performed brilliantly with the GB U18s, #31 Sam Gospel topped the league with the most saves – 1,271 as well as the highest save percentage at a staggering 91.4%. On the offensive end, #12 Kieran Brown was the league top scorer with an incredible 54 goals and 55 assists for 109 points in just 48 games. #27 Cole Shudra also logged career highs as he scored 22 times in 33 games, along with his 21 assists to get 43 points on the year. #88 Adam Barnes also made the top ten of the league top scorers with 72 points in just 47 games in league competition, another career high. Watch all of Kieran Brown’s top moments here.

Watch some of Sam Gospel’s awesome saves throughout the season here. 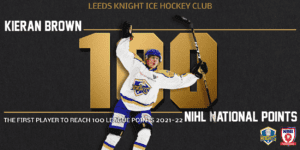 Throughout the season we have also enjoyed some great partnerships with sporting heroes from Leeds, such as ‘The Leeds Warrior’ Josh Warrington and Leeds Rhinos legend turned assistant coach, Jamie Jones-Buchanan

Our regular season also ended in a sell-out crowd, and the support shown in our final league game was a great reminder of how lucky we are to have such an incredible fanbase despite just being a season in. 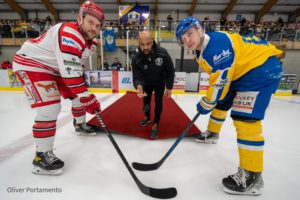 Yesterday saw our announcement of our new Managing Director, Warwick Andrews. Warwick’s appointment and plan is to make the 22/23 season bigger, better and to earmark the Leeds Knights as one of the top teams in the NIHL in all areas.

Finally, we just want to say thank you again for the support during our first season, and make sure you  stay tuned over the off-season!  We’ll have lots of signing announcements and some amazing content to look out for, and don’t forget you can get your season ticket for the 22/23 season now, email office@leedsknights.com for more info, and we’ll see you in September! 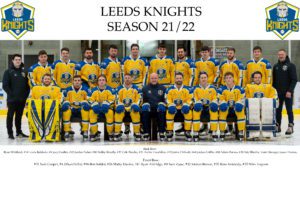