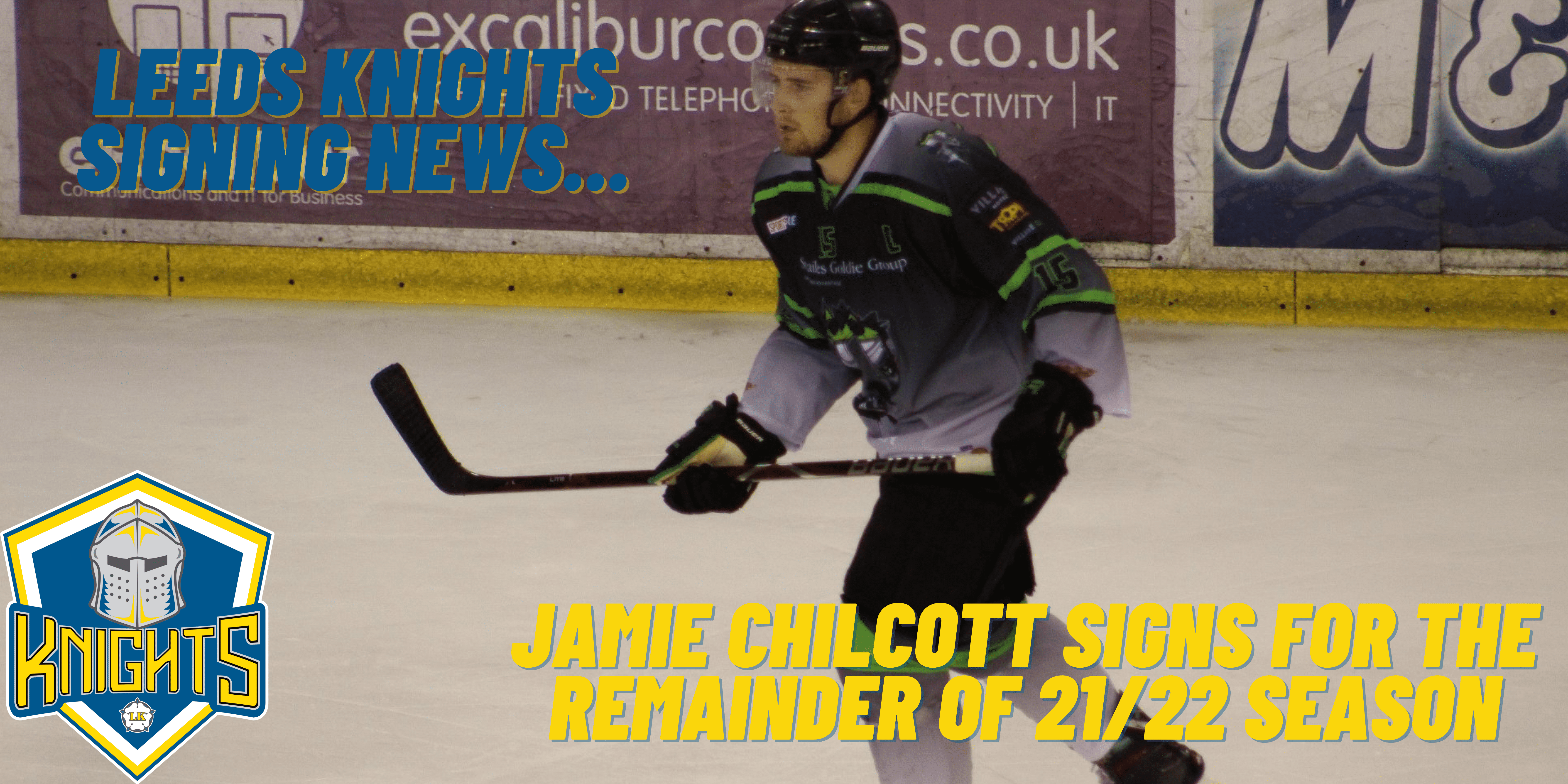 Leeds Knights are delighted to confirm that Jamie Chilcott has signed for the team for the remainder of the 21/22 NIHL Season.

Jamie, a 28-year-old defenceman, will be known to the Knights fans for his time with the Hull Pirates and the Manchester Storm. He will go straight into the line-up for this weekend’s game with the Basingstoke Bison.

Having started his career in Kingston, Jamie spent 4 seasons in North America between 2009 & 2013 before returning home to Hull with the Stingrays ahead of the 13-14 EIHL campaign. After the collapse of the Hull Stingrays he moved to Manchester, alongside current Knights forward Matty Davies.

Halfway through the 15-16 season he moved back to Hull where he would spend the next 4 seasons eventually being handed the Captaincy for the 2017-18 season.

Since the 19-20 season Chilcott has not played but his experience and presence on the blue-line will be something to benefit the Knights as we push closer to the playoffs.

We’re thrilled Jamie has decided to join us in Leeds, he’s a big strong defenceman and will be an important player for us in the second half of the season