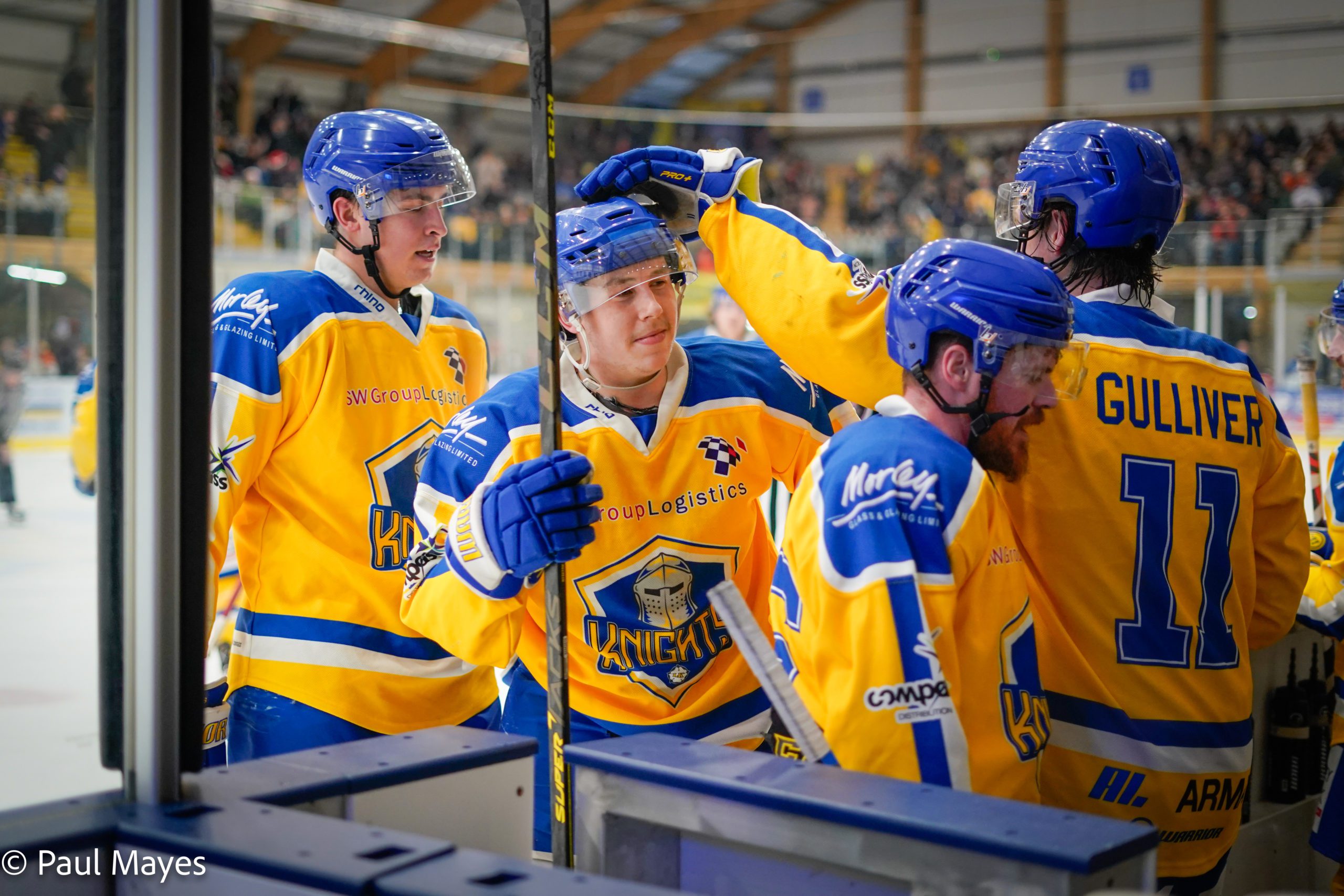 However, despite the setback, the new coach saw plenty of grounds for optimism from his new charges, who face a hectic three-game weekend next time out.

First up on Friday is the resumption of the Yorkshire rivalry with Sheffield Steeldogs when Greg Wood brings his team to Elland Road (7.45pm face-off) before the Knights hit the road looking for a first win of the season over Raiders IHC in Romford.

Sunday then sees Leeds make the somewhat shorter trip to South Yorkshire for a quick rematch with the Steeldogs at Ice Sheffield.

Speaking after Sunday’s narrow defeat, coach Aldridge said: “For 40 minutes I thought we were brilliant.

“The last two periods we engaged in battles and we competed harder, which in the first period I didn’t think we did. But we had a little bit of a chat in that first period break and the boys responded well.

“Based on two hours of practice, to come away with that result was pretty good to be fair.”

The Knights were trailing 2-0 inside 10 minutes to goals from Aidan Doughty – striking after just 47 seconds – and Adam Harding before young defenceman Archie Hazeldine pounced to get the Knights on the board at 16.35.

But, try as they might, Leeds couldn’t ever get ahead in the game, Bison always able to keep their hosts at arm’s length.

Zack Milton tapped in from close range in the 25th minute to make it 3-1 to the visitors, but it wasn’t long before we had a one-goal game again when – 16 seconds into a 5-on-3 powerplay – Kieran Brown blasted home from a Brandon Whistle feed which found him low down in the right circle.

But again, an early goal in the period was to frustrate the Knights, Doughty doubling his tally when he sprinted clear down the left to beat Sam Gospel at 44.32.

This time the Knights’ response was quicker, Zajac forcing the puck over the line just 50 seconds later after good work down the left by Cole Shudra to make it a one-goal game yet again.

The Knights battled away and created further chances to equalise – Harry Gulliver coming closest when he hit Alex Mettam’s right-hand post in the 50th minute – but, despite pulling netminder Gospel with 80 seconds remaining, they could not find the goal that would have gained them a deserved point.

The Knights shift their focus to Friday, as the Sheffield Steeldogs come to Leeds one more. You won’t want to miss the fireworks in our Yorkshire derby, so book your tickets below, today ➡️ 🎟 bit.ly/3h05dWK