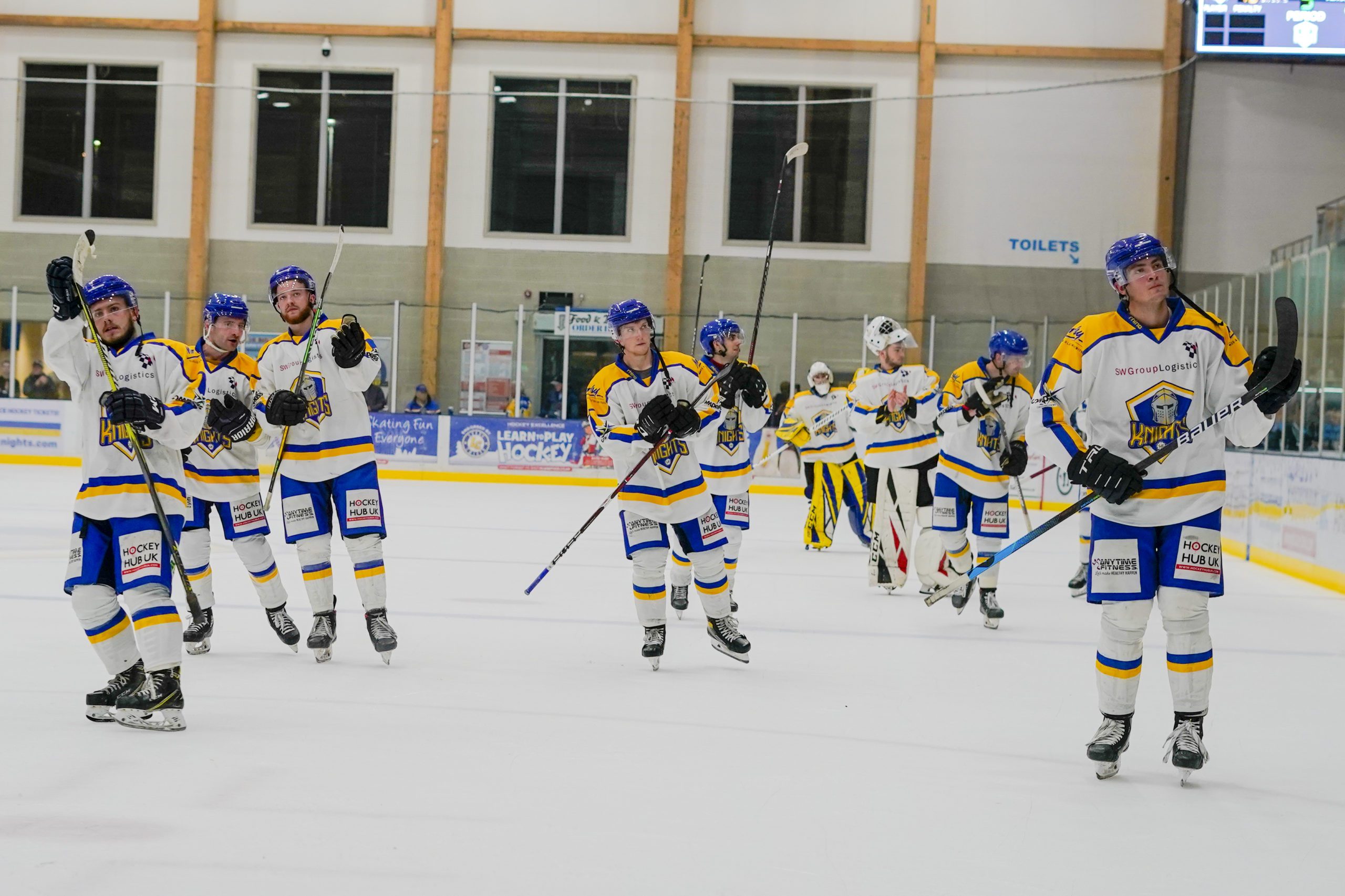 This Saturday the Leeds Knights host the Bees IHC, as they make the trip to Planet Ice Leeds. Saturday sees the Knights begin their league campaign, and the intention is to start off with a bang.

In the only game between the two teams so far this season, the Knights beat the Bees 7-1 in convincing fashion. Brandon Whistle, Kieran Brown and Cole Shudra all got 2 goals apiece and Sam Gospel put up 39 saves on 40 shots to backstop the Knights to success. However, despite the scoreline of the last game between the two, the Bees are by no means an easy defeat. Winning 2 of their last 3 games by two goals and in the game they lost it was only just a defeat in a well fought one-goal game.

Once again, the Bees are in unfamiliar territory with the Knights having home-ice advantage, in a game that should see a HUGE crowd to support the boys. With £10 only adult tickets, and the beginning of our National League campaign, this fixture is shaping up to be one to remember.

Having faced a narrow defeat to the Peterborough Phantoms last week, the Knights are sure to be on the hunt to return to winning ways. However, the Bees will also be looking to sting the Knights. The Bees faced Basingstoke Bison in their game last Sunday, and won 6-4, the confidence from that win and their yearn to get their league campaign off to is something that Leeds will be looking out for.

Up until this point, the focus has been on Autumn Cup qualification, and having attained that Leeds will continue their run later in the year when the semi-finals roll around. On the other hand, the Bees missed out by just a few points, regardless of this, both teams won’t be looking back at the Autumn Cup. Instead, the full focus is now on the league, everyone wants to start as strong as possible, but only one team can walk away from Saturday’s game with two points – Grab your tickets here to be at the game and support YOUR Leeds Knights!