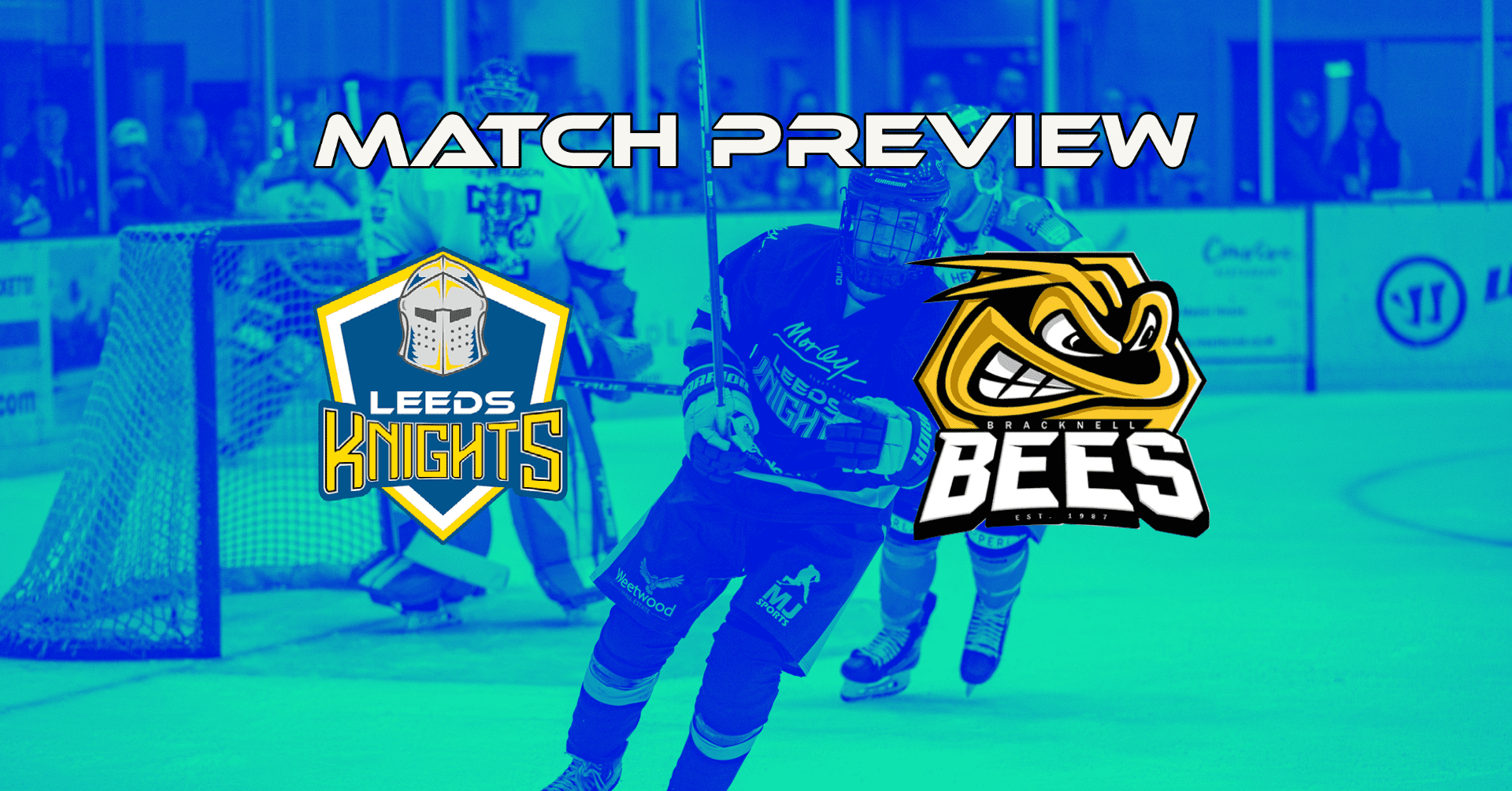 This Saturday the Morley Glass Leeds Knights look to make it 5 wins in a row this weekend against the Bees! The Knights currently sit on top of the league standings after two weeks of competitive play, but there’s a lot of games to come and anything can happen in ice hockey!

The Bees are currently 9th in the league but do have a game in hand after their home game was postponed last weekend. League position isn’t really reflective of the Bees quality, as they beat the Bison 6-3, who have found themselves in good form beating the Wildcats on back-to-back nights. In addition to their win over the Bison, the Bees narrowly lost to the undefeated MK Lightning just 2-1 last weekend!

Saturday night at ‘The Castle’ is the first of two meetings between the Knights and Bees this weekend, with the Knights set to make the long journey south to Slough on Sunday night. The Knights will once again try to do the same as the last couple of weeks, but after giving up a lot of shots on Sunday night in Peterborough the Knights almost got overturned by the Phantoms! With a focus on tightening up the defence, the Knights will be hoping for at least another 2 points this weekend, which are more likely to come at home with the Slough ice arena being such a strong rink for the home side of the Bees.

The Bees have some impressive forwards that have been firing on all cylinders, import Dominik Gabaj grabbed a goal and 3 assists in their win over the Bison, with Juha Lindgren getting the same tally, new signing Brendon Walkom also got 3 points with the opening goal for the Bees and 2 assists, with returning forward Alan Lack getting a hat-trick to help his team to the win!

The Knights have a similar run of form in the forward ranks, that saw both Grant Cooper and Zach Brooks pick up a hat-trick each on Sunday night in Peterborough. Grant Cooper currently leads the league in scoring with 10 goals and 3 assists with linemates Cole Shudra and Zach Brooks on 12 and 11 points respectively to take the second and third spots in the top 10, with MK’s Liam Stewart and Bobby Chamberlain just behind with 9 points each.

This weekend should be a hard battle against the Bees, but the boys are buzzing to get going and we hope you’ll join us for another week of league action – tickets available here!