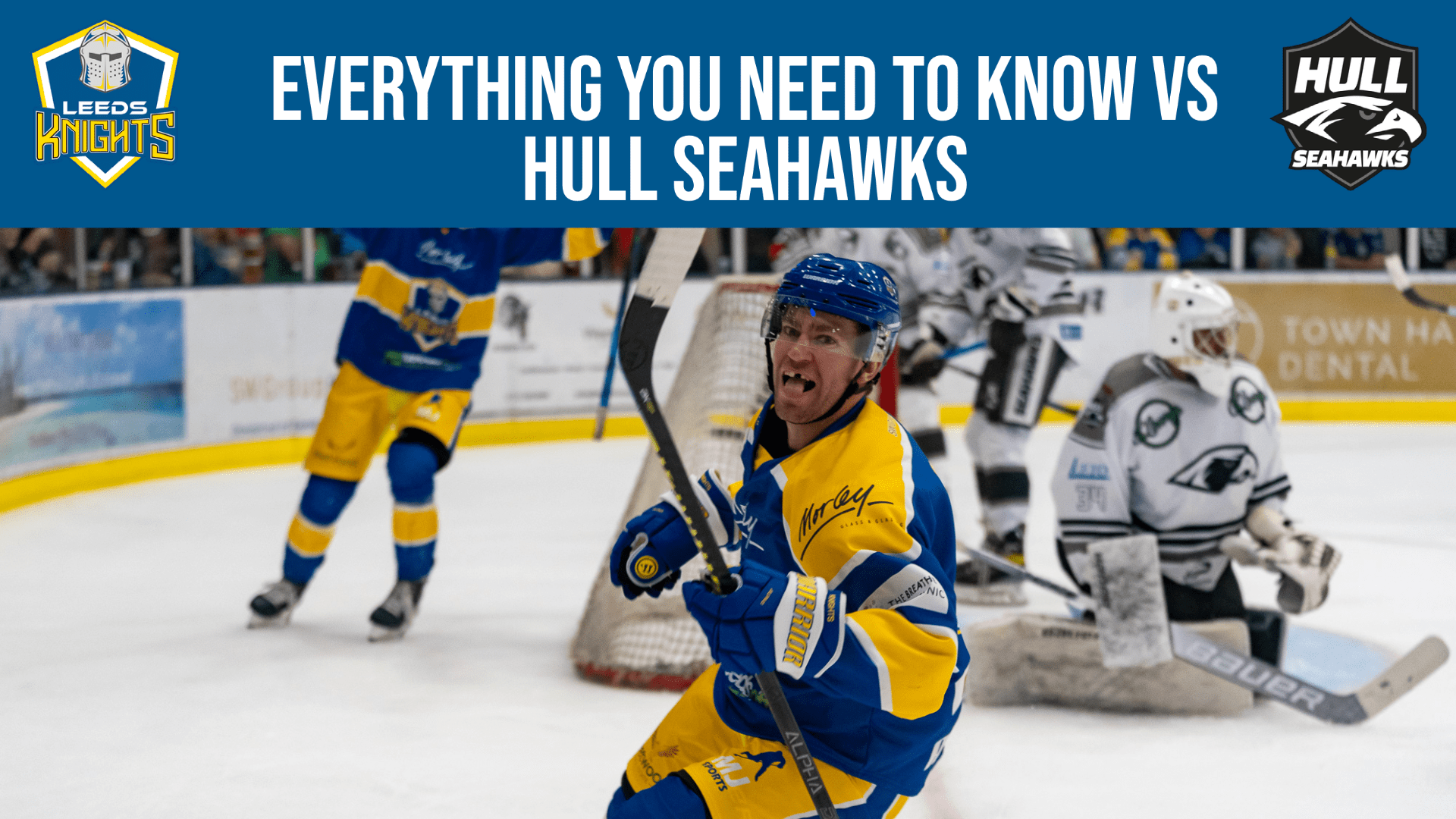 The Hull Seahawks make their second visit of the season to Planet Ice Leeds on Sunday night, and their first visit of then Planet Ice NIHL National Division season. Headed into the weekend the two teams are polar opposites in terms of both league position and games won, with Leeds sitting top of the league and Hull at the bottom, with the Knights having just one loss and the Seahawks having just one win – both of which were in overtime.

However, the Hull Seahawks should not be taken lightly as they have recently been very competitive and even in our Yorkshire Cup game we only beat them 3-1 and they were yet to have some of their players arrive, including imports Andrej Themar and Emil Svec. The Hull roster has changed since we played them last, with the additions of players such as Kell Beattie on a two-way and the arrival of Emil Svec – although Svec may not be in action this weekend. The additions to the Hull Seahawks roster have been welcomed ones, that even saw them pick up their first winning history with a penalty shootout victory over the Bristol Pitbulls!

The return of the Hull Seahawks also sees the return of some familiar faces, with Bobby Streetly, Jordan Fisher and Matty Davies all set to return to The Castle once again. The Seahawks start their weekend at home against the Bees IHC, who also have a depleted squad due to injury and roster changes, meaning Hull could be in for a tough game even though they’re at home!

Meanwhile we make a trip down south to Swindon, where the Leeds Knights face the Swindon Wildcats for the first time this season. The Wildcats have had an interesting start to the season, with some shocking results like a big loss to their local rivals Bristol Pitbulls followed by a massive win over the at the time undefeated MK Lightning.

The Swindon Wildcats are a stellar team once again, filled with older, more experienced guys that perform well in big games, with Saturday night being no different. After a gruelling away day in Swindon, we return home to host the aforementioned Hull Seahawks.

In this league anything can happen, meaning that Sunday is going to be a tough test for the Knights despite previous results, and this local derby will be a game you won’t want to miss!

Young-gun Cameron Hamill, twin brother of Knights fan-favourite Carter Hamill is this week’s one to watch for the Hull Seahawks.

Hamill is the one to watch for Hull as he possesses a lot of speed and skill, while being one of the grittiest players on the ice. Cameron is sure to chase down every loose puck and battle hard in the corners, but the scary thing is what he can do with the puck after he gets it.

Cameron is Hull’s top goal scorer and third top points scorer, which displays Cameron’s scoring prowess to be able to make things happen with the puck on a weakened Hull side.

When we faced the Hull Seahawks in our opening fame of the Yorkshire Cup, Cameron was the first goal-scorer in Seahawks history at just 17 years of age at the time and kept things close in a 3-1 win for the Leeds Knights.

One thing is for certain, Cameron will be looking to score once again at the Castle as the Seahawks hunt for their second victory of the season so far.

For the Knights this weekend, the one to watch is our latest signing #41 Oli Endicott. Oli joined us last week, fresh off a flight from Finland Finland but couldn’t make his debut. Oli started the 22-23 season and played 12 games for IPK U20 in the U20 Mestis league. Oli logged 2 points and 24 penalty minutes in Finland and brings with him NIHL experience after playing 26 games between the Swindon Wildcats and Bees IHC last season. This weekend he makes his official debut as a Leeds Knights player, with his home debut being this Sunday against the Hull Seahawks
Head Coach Ryan Aldridge is looking forward to Oli joining the line-up – “We have had a great start so far and Oli will add another dimension as well as more energy into our line up and will play a hard, physical two-way game.” 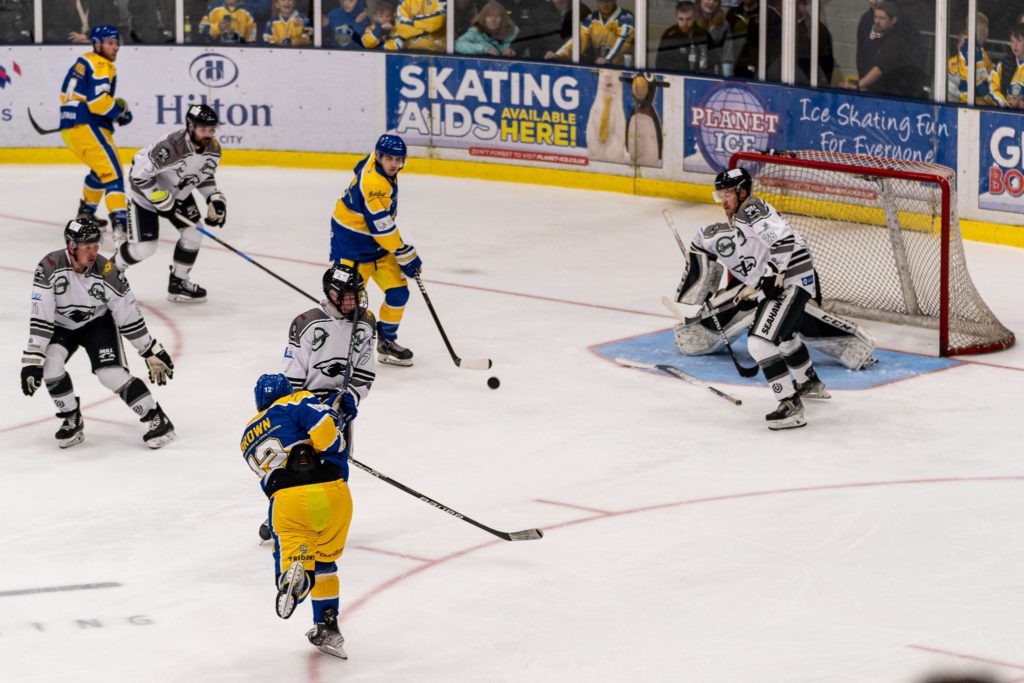 Shirt Off the Back –  For just £2 you could win your favourite player’s game worn jersey! We also have our 50:50 raffle and Chuck-A-Puck. In our 50:50 you could be going home with a wallet, purse, or pocket full of cash! The winner of our 50:50 recieves exactly half of the proceeds, and at just £1 a ticket why not try your luck? If a game of chance isn’t up your alley, buy a chuck-a-puck for just £1 and if you’re the closest puck to Leo’s feet then you will win a family ticket for 4 to a game of your choice! Learn more about match night competitions.

#10 Carter Hamill and #14 Lewis Baldwin are tonight’s players chosen for the post-game signing session in the Planet Ice Bar following Sunday’s home game. You can come along to meet the players, get your merch signed by them and even grab a quick picture! 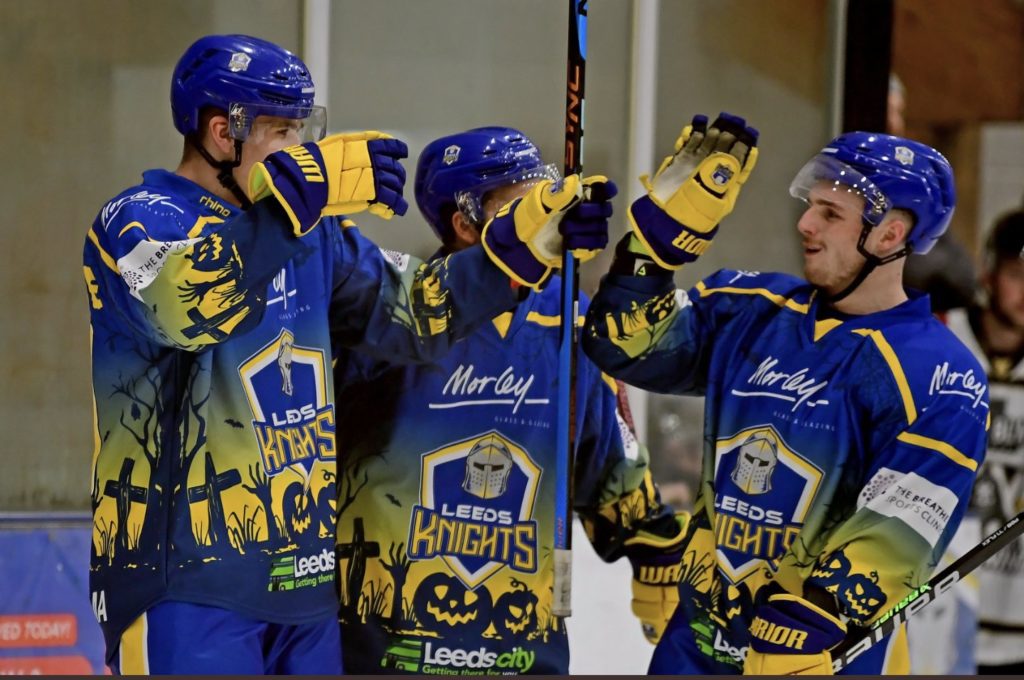