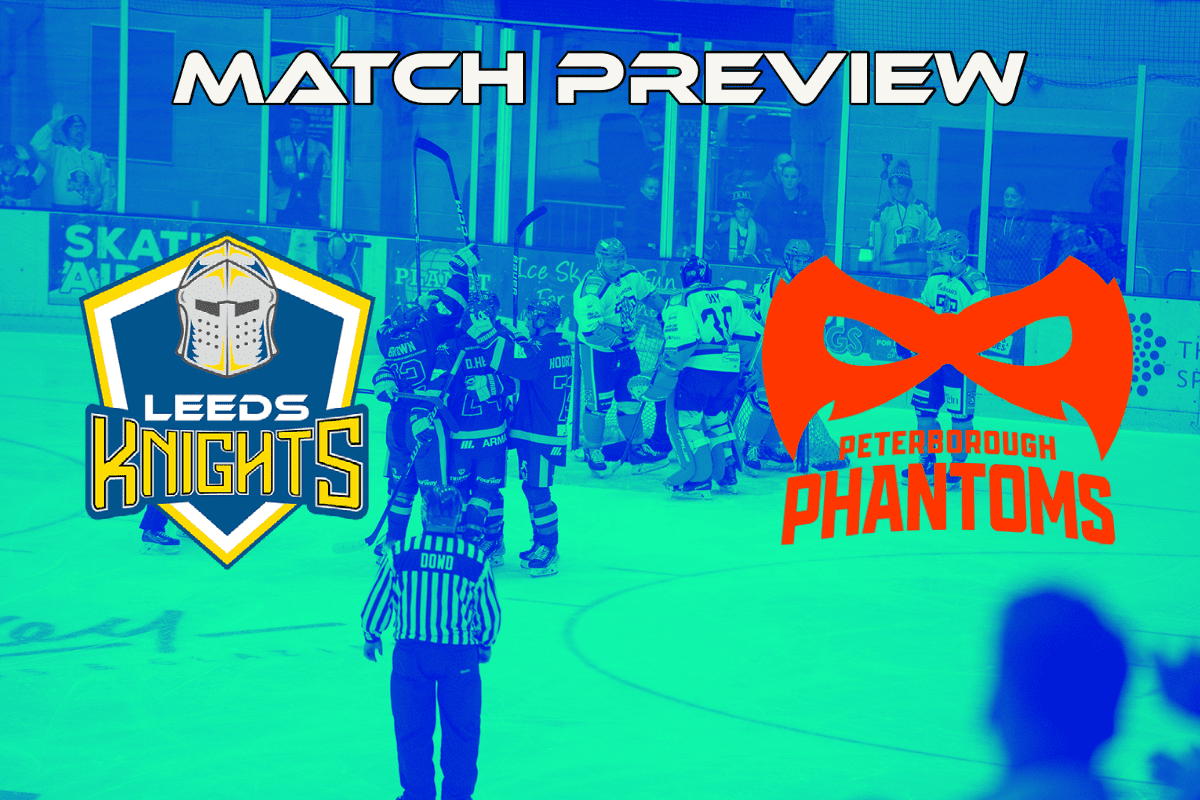 Tonight the Morley Glass Leeds Knights face-off against the Peterborough Phantoms in the second weekend of the Planet Ice NIHL National Division!

The Knights come off the back of a 4-point weekend in the returning week of competitive hockey, as do the Phantoms. Only one team can leave Planet Ice Leeds without a loss on their record and 2 more points in the league.

The Phantoms will be full of confidence heading into the weekend, after beating the Bees in their league opener and the Bison on the following night. Peterborough have had a good off-season, retaining key pieces such as D-Man and long term servant for the club Tom Norton, as well as adding import Lukas Sladkovsky to their forward ranks alongside Austin Mitchell-King and returning import Ales Padelek. The new signings that Peterborough made during the summer are proven performers at the NIHL level, with Sladkovsky joining from the Raiders and Mitchell-King making the move from Telford.

Head Coach Ryan Aldridge described the Phantoms as “a well-coached team and (they) set up in a particular style of play. It’s successful for them and it can be very tough to go up against. We’ll need to concentrate on our own game and take it a shift at a time.”

Despite the difficulty of the Raiders’ playstyle, the Knights will be hoping to carry on the early run of form that has been found and keep going with the scoring output.

A standout scorer for the Knights has been #9 Grant Cooper, having scored in all 6 games he’s played, as well as a league debut hat-trick on his way to a 6-point weekend in the first 2 league games! On the team’s current run – and Grant’s performances, Head Coach Ryan Aldridge said “We’re carrying on from pre-season with our scoring which is good, Grant is carrying on his particularly good form and hopefully that can carry on this weekend!”

Tonight is the first meeting of the Knights and Phantoms and while only one team can be victorious tonight, the other team will be out for revenge on Sunday night in the return-leg.

Sunday sees the Knights travel to Peterborough, but will they go there maintaining the undefeated record or looking for revenge?