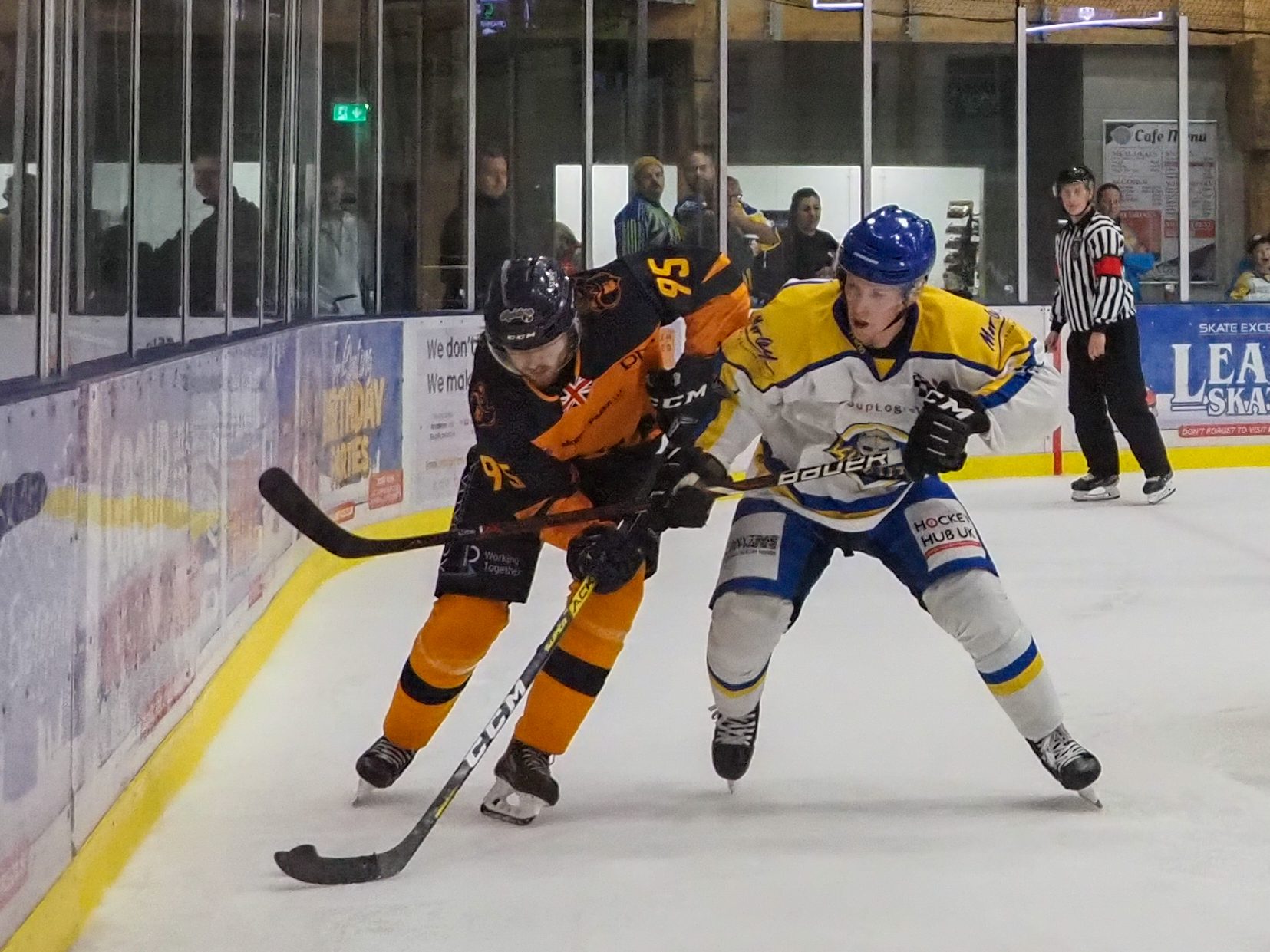 This Saturday, the Leeds Knights host the Raiders IHC in our Halloween game and event. The evening will be full of fast-paced hockey, as always, but with the addition of fancy dress with a prize for the best costume, a DJ playing all your favourite Halloween hits, decorated rink and MORE! We continue our league campaign in style this weekend and hope you’ll join us.

We took on the Raiders at the beginning of the month in the Autumn Cup, a game we won 10-4, and we now host them again at the end of the month. Between then and now, the Autumn Cup has been finalised and the Semi-Finals announced, with Raiders missing out as they finished in 8th place of the standings. The league campaign has also started since the two teams last ‘faced-off’, with the Knights going 2-0-2 in their first 4 games.

For the Raiders, since October 3rd, they have only won 2 games out of 6. Despite this, their losses have come by only a 1 goal deficit in 3 different games, one of which was an Overtime loss. In the league, Raiders are a single point behind the Knights, meaning that Saturday’s game is an all-important one.

The Knights look to bounce back after an injury-struck team felt defeat at home against the Swindon Wildcats last Sunday. The Knights will be looking to win at home, with a crowd that is set to be electric with it being our Halloween ‘Spook-tacular’. However, Raiders never die attitude which is shown by their previous results and an in-form Erik Piatak who has 9 points in only 3 games (4 goals and 5 assists) – will be looking to string together a few good performances and increase their point total.

The Knights have had a full week of rest but could still be feeling the effects of been short-benched. In hockey, all teams face this issue and its usually a matter of not if but when, so with a buzzing rink the Knights are looking to reignite their winning streak. However, the Raiders have 3 games in 3 days, and after playing the Bees at home tonight (Friday the 29th) they will spend their Saturday travelling to Leeds – which could either be a good thing for them if they win and feel full of confidence, or the tide could turn in favour of the Knights, should ‘bus legs’ become a thing.