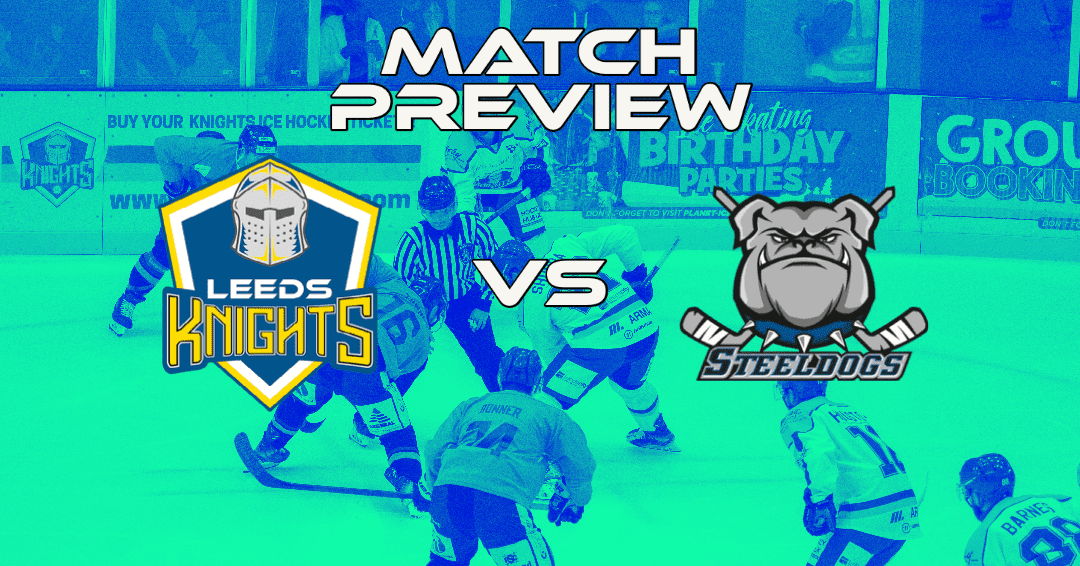 A win against our Yorkshire Rivals the Sheffield Steeldogs on Friday night is all that is needed to secure the silverware, in what could be the first trophy ever won by the Knights.

Last Friday we took on the Steeldogs in Sheffield, and the Knights left South Yorkshire with a 3-1 win in hand, before taking on the Hull Seahawks the following night. Both games were extremely similar for the Knights, full of grit and determination from all sides, no team wanting to give an inch away ahead of the 22-23 league campaign, which commences next weekend.

Our first game against the Steeldogs was our very first of 22-23, but you wouldn’t have known that with the chemistry that was on display from both teams. There were 3 different scorers for the Knights, all of which came from a different forward line, showing that secondary scoring is seemingly no issue this time around. In addition to scoring, the defence and goaltending was nothing short of impressive, only conceding 2 goals over the course of 120 minutes!

Saturday’s home game against the Seahawks saw #9 Grant Cooper get his first 2 goals on home-ice, including the game-winner! Fellow import Zach Brooks was close behind, picking up 2 assists, and being on the ice for all 3 goals scored – along with Cole Shudra who has also started the season in an impressive fashion, with 1 goal and 2 assists on the night – this looks to be the making of a forward line that is not to be reckoned with throughout the 22/23 season.

Following their defeat on Friday, the Steeldogs travelled to Hull for their first clash, and a short-benched Hull were mate with a fierce Steeldogs team that scored 4 times in just the first frame. However, the Hull side never wavered, reducing the final deficit to just 2 following a late surge and adopting a never give up attitude.

Last week we had almost 1500 fans in Planet Ice Leeds to welcome the Knights back to the Castle for the very first time, we hope you can make it back to the rink tomorrow night and get loud and proud for your Leeds Knights!