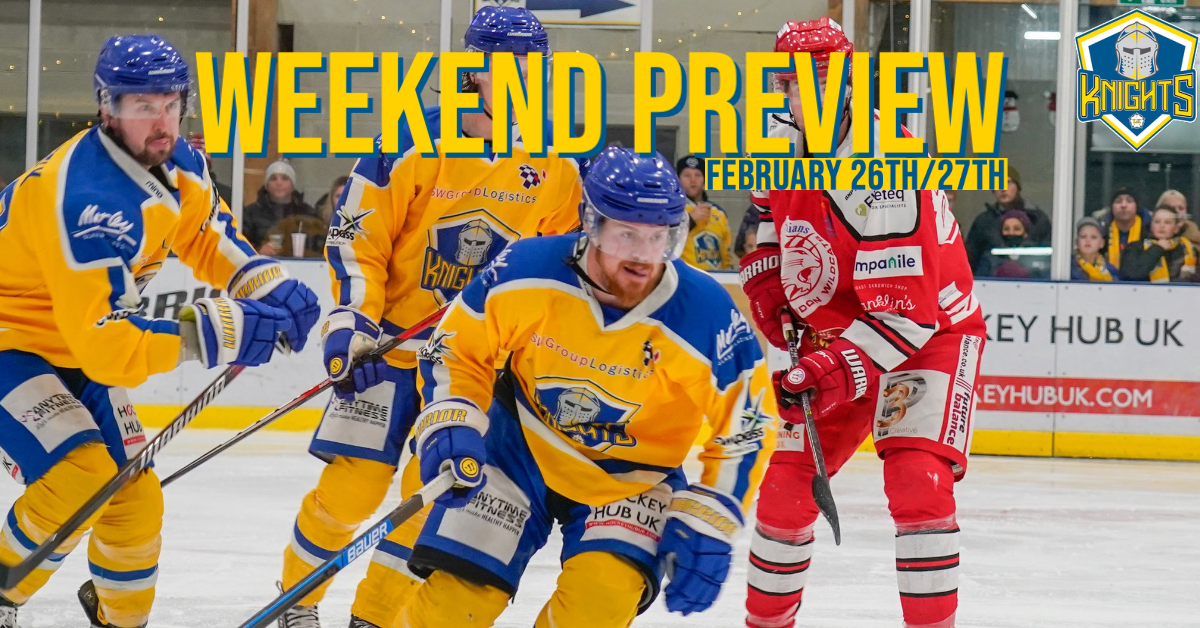 This weekend sees us play the Swindon Wildcats on successive nights, beginning away in Swindon on Saturday.

We travel to the Better Link Centre on Saturday, for the 6th and final time of the regulation season. At the Link Centre the Knights have lost 3 times and won twice, with 15 goals scored and 15 goals against, the stats suggest that the two teams are matched up well.

The Wildcats are pushing for the league, after ever so slightly slipping to the Telford Tigers who currently sit in first on 51 points, only 4 points ahead of the Wildcats.

With the Wildcats’ situation, it’s no doubt that their aim is for the 4 full points this weekend, as the season end comes closer and closer, as they chase down the other ‘big cats’ of the league; the Tigers.

However, the Knights have often put up valiant efforts against the Swindon Wildcats, and have been successful in converting these to victories – a 4-3 Penalty shootout win for a short benched Knights team early in the season, and a convincing 7-3 win both of which were in Swindon are a reason why the Knights cannot be underestimate ahead of Saturday night.

The 4 points up for grabs this weekend are also imperative for the Knights, as the gap to top 4 has been closed and we sit just two points behind the Milton Keynes Lightning and Sheffield Steeldogs. The difference between 3rd and 5th is extremely close, and as the push for playoff seeding continues, the higher you are the better your chances of making the Final Four in Coventry at the end of April.

Across all games between the two teams, the Knights have only won 3 out of the 9, including a devastating loss in the Autumn Cup Final at the end of December. This also means that we’ve only won once at Elland Road in the games against the Wildcats.

In recent games throughout the league, the Knights have won 4 of the last 5, including 3 wins in a row following Sunday’s away trip to Basingstoke, Swindon’s run isn’t too dissimilar having won 3 of their last 5.

However, since Ryan Aldridge’s appointment we have yet to play against Swindon, and this weekend we do so twice.

This weekend will be different for Interim Head Coach Ryan Aldridge, as he returns to Swindon as an away team member. Across his career Aldridge spent 13 seasons playing or coaching for the Swindon franchise, and this time when he goes home and will be stood on the away bench. There is no doubt however, that only one thing will be on Ryan and his Knights’ team members minds, and that will be winning this weekend against the Wildcats.

We’re also excited to welcome Town Hall Dental to the game as our match night sponsor!

Don’t miss out on any action this weekend and book your tickets here!