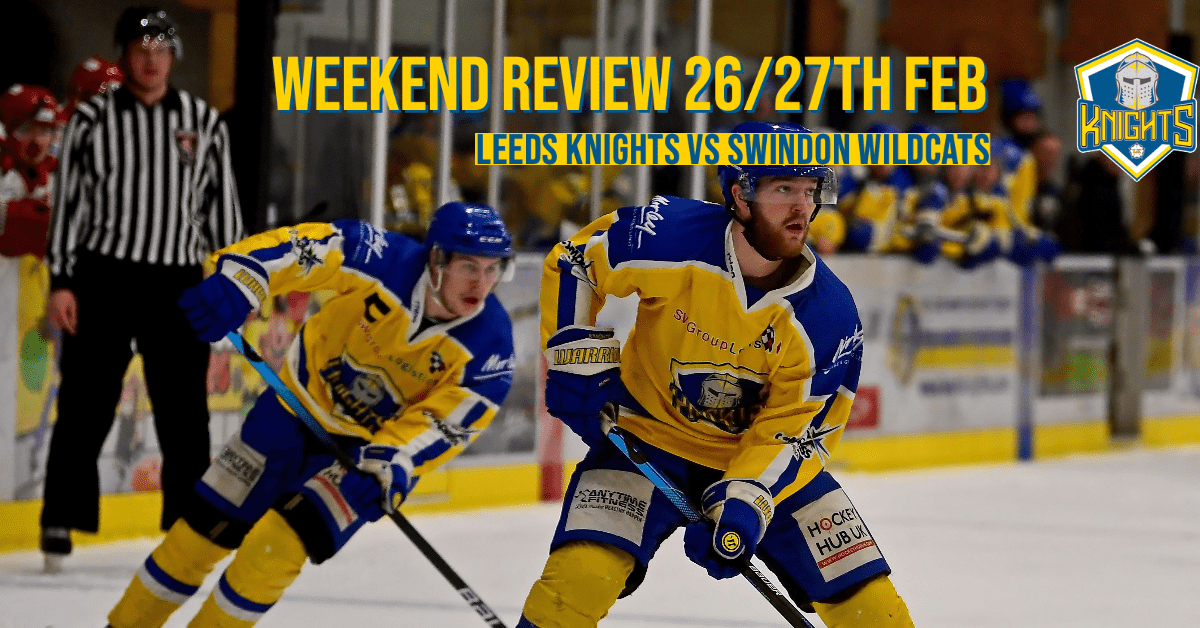 LEEDS KNIGHTS handed themselves a realistic chance of a top two finish in NIHL National after posting four-point weekend over rivals Swindon Wildcats.

Their exhilarating 8-5 win at Elland Road on Sunday night came on the back of a 5-4 win after a shootout in Swindon the previous night. It leaves the Knights just four points off second-placed Wildcats with 10 regular season games remaining.

This Saturday sees leaders Telford Tigers visit Elland Road, with the Knights hitting the road 24 hours later for a last visit of the regular season to Raiders IHC.

But, despite seeing his team stretch their winning streak to five games, part of a run of one loss in nine games, head coach Ryan Aldridge refused to get carried away by final league positions.

“We are not really thinking about league position as such,” said Aldridge. “If you start worrying about where you might finish or trying to place yourself where you want to be, I think that’s just bad karma.

“We’ve just got to keep going and try to go into the playoffs in good form and that’s as much as I try to think about it.”

On Saturday, Matty Davies put the Knights ahead in the sixth minute before Tomasz Malasinski levelled at 11.38.

Brown restored the lead at 20.34 but, again, the hosts proved their equal when Sam Bullas equalised at 24.44.

Swindon then went ahead just after the halfway point through Pakozdi, although Brown was able to level with 15 seconds of the period remaining.

Swindon got their noses in front through a second from Pakozdi early in the third but once Ross Kennedy forced home a rebound from his initial shot, that was how the game stayed, even through three-on-three overtime.

Once it came to penalties, Cole Shudra and Archie Hazeldine found a way past Dean Skinns to secure the extra point, with only Pakozdi beating Sam Gospel at the other end.

On Sunday, it was birthday boy Kieran Brown who led the way for the Knights on home ice, celebrating his 21st with two goals and three assists, the Knights at times playing some pulsating hockey.

After going 6-1 ahead just before the halfway point, it appeared as if the game was done and dusted, but Aaron Nell’s team had other ideas, pulling it back to 6-4 by the end of the second.

The Knights pulled away again through a Cole Shudra effort at 47.48 but, with goalie Dean Skinns pulled, the Wildcats narrowed the gap again as they lay siege in the Knights’ zone, Balint Pakozdi making it 7-5 with three-and-a-half minutes remaining.

But, as the visitors pushed harder still, they left themselves open at the back end, allowing Harry Gulliver to make the points safe with his second of the night – Adam Barnes also bagged a couple – into an empty net with 70 seconds remaining.