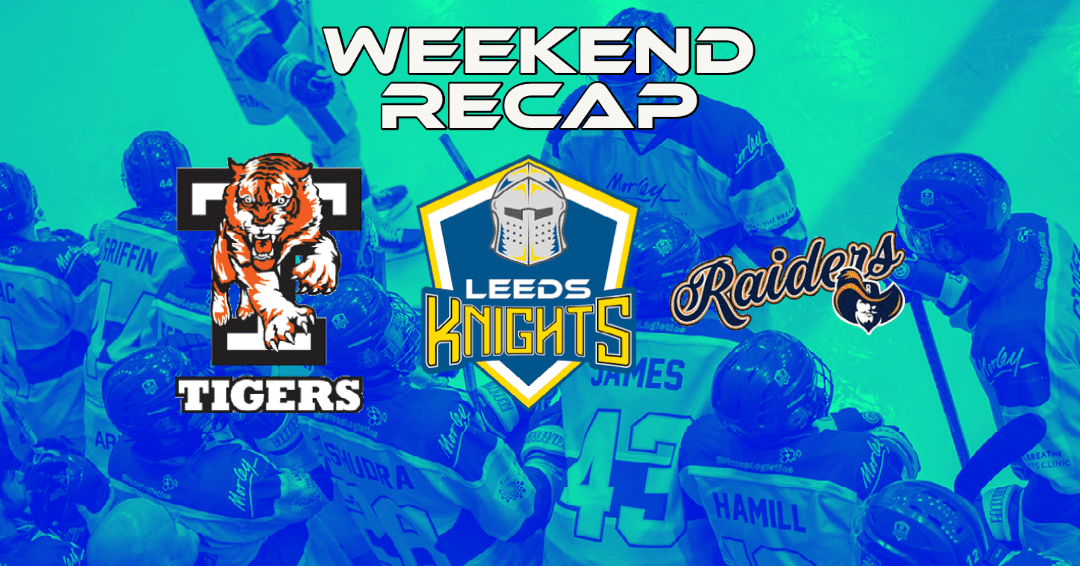 Having tamed defending champions Telford Tigers with a 7-4 win on home ice on Saturday, Ryan Aldridge’s team maintained the momentum on the road with a 6-2 triumph at Raiders IHC 24 hours later.

Grant Cooper led the way with four goals from the weekend, even enjoying a hat-trick in the win over Telford, while Kieran Brown and Cole Shudra bagged three apiece.

It’s early days yet, but the good news for head coach Aldridge is that he now seems to have a potent threat on his top two lines.

Leeds had come into the campaign in promising form, having emerged from the pre-season Yorkshire Cup tournament against Sheffield Steeldogs and Hul Seahawks with a 100 per cent win record.

The impressive Cooper continued where he had left off the weekend before, but it was Brown – in his first competitive game as captain – who got the ball rolling at 1.03 before his new import team-mate opened his account just over a minute later.

Telford quickly halved the deficit through Vladimir Luka, the scores then being levelled before 10 minutes had elapsed by Brodie Jesson.

Crucially, it was the Knights who struck next, Cooper restoring his team’s lead at 11.04, an advantage that was doubled with just 36 seconds left on the clock in the first when centre Matt Haywood fired past Brad Day.

Just over three minutes of the second had elapsed before Cooper sealed a memorable treble, although Telford kept it interesting when Luka grabbed his second to make it 5-3 at 26.30.

The game got even more interesting when Daniel Mulcahy tipped in from in front off a Luka blast, but relief came in the shape of a Shudra effort at 50.43, Brown firing home a piledriver three minutes later to seal the points.

On Sunday, Cooper and Brown continued where they had left off from the previous evening with a goal apiece, with Shudra (2), Haywood and defenceman Archie Hazeldine also getting  in on the act.

After Blahoslav Novák opened the scoring for the home side at 11.14, it was Shudra who got the Knights on the board just under six minutes later.

Just 27 seconds into the second, Cooper put the Knights in front for a lead they would not relinquish again all night, some neat interplay between Brown and Adam Barnes setting up Haywood at 35.56.

That was how it stayed until the 48th minute when three goals in a frenetic 54 seconds sealed the deal, Shudra making it 4-1 before Hazeldine and Brown joined the party, the Raiders grabbing a consolation effort through Jake Sylvester.

To read match reports, interviews, features and all the latest Leeds Knights news, head to the Yorkshire Evening Post website at: https://www.yorkshireeveningpost.co.uk/sport/other-sport