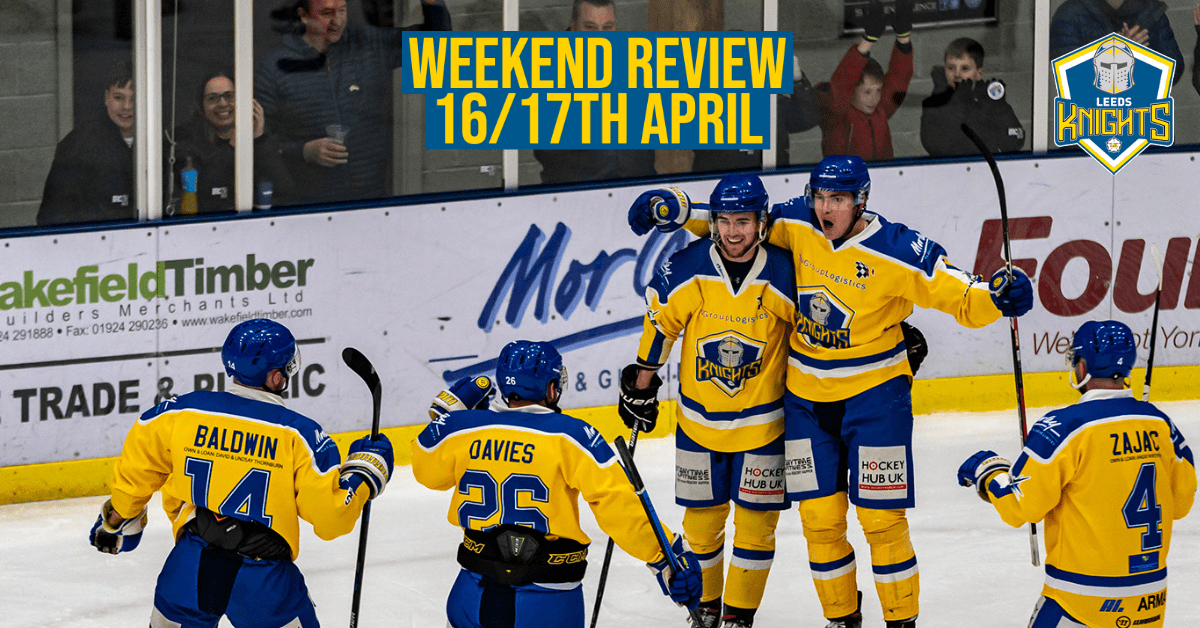 LEEDS KNIGHTS saw their hopes of making the NIHL National Final Four Weekend in Coventry dashed when they were eliminated from the race for a top two-finish in their play-off group.

Ryan Aldridge’s team picked up their first point of the post-season in a 5-4 overtime loss at home to Bees on Saturday, but a defeat by the same scoreline at league champions Telford on Sunday meant they would not be able to progress to the league’s grand finale at the SkyDome Arena on April 30-May 1.

On Saturday, the Knights fell behind to a third-minute strike from Adam Rosbottom, the Bees forward doubling his tally at 25.48 on the power play.

But the dominant Knights – who outshot the visitors 51-28 on the night – made their possession pay in the second period, Zajac halving the deficit from close-range at 31.21 on the power play before Brown levelled with a shorthanded strike at 34.37.

Another shorthanded effort, this time from Shudra at 38.33, put the Knights ahead for the first time but, with only three minutes of the third period gone, they found themselves behind again after Juha Lindgren’s equaliser on a Bees power play was quickly followed by Ryan Webb’s strike from just in front.

Davies made the man advantage count for the Knights once again at 50.09, but they couldn’t find a way past the excellent Adam Goss again.

This brought overtime and the Knights were unlucky when Adam Barnes hit the post when on a 3-on-1 breakaway. The puck was then fired down centre ice with Adam Lack getting to it first, his effort from close-range squeezing through Sam Gospel’s legs and agonisingly creeping over the line.

Three times the Knights had the lead at Telford, three times the hosts levelled, only taking the lead for the first time at 46.50 through Corey Goodison which proved to be the winning goal.
Cole Shudra had earlier broken the deadlock at 11.38, his effort being followed just under three minutes by Jamie Chilcott’s blast from the blue line.

Just 19 seconds later, though, Telford were on the board through Finley Howells, the 19-year-old then levelling just over two minutes into the second period. Kieran Brown restored the visitors’ advantage, only for Howells to complete his hat-trick at 26.10.

Matty Davies made it 4-3 at 37.00 before Jason Silverthorn equalised shorthanded at 39.05, with Goodison’s killer blow coming in the third.