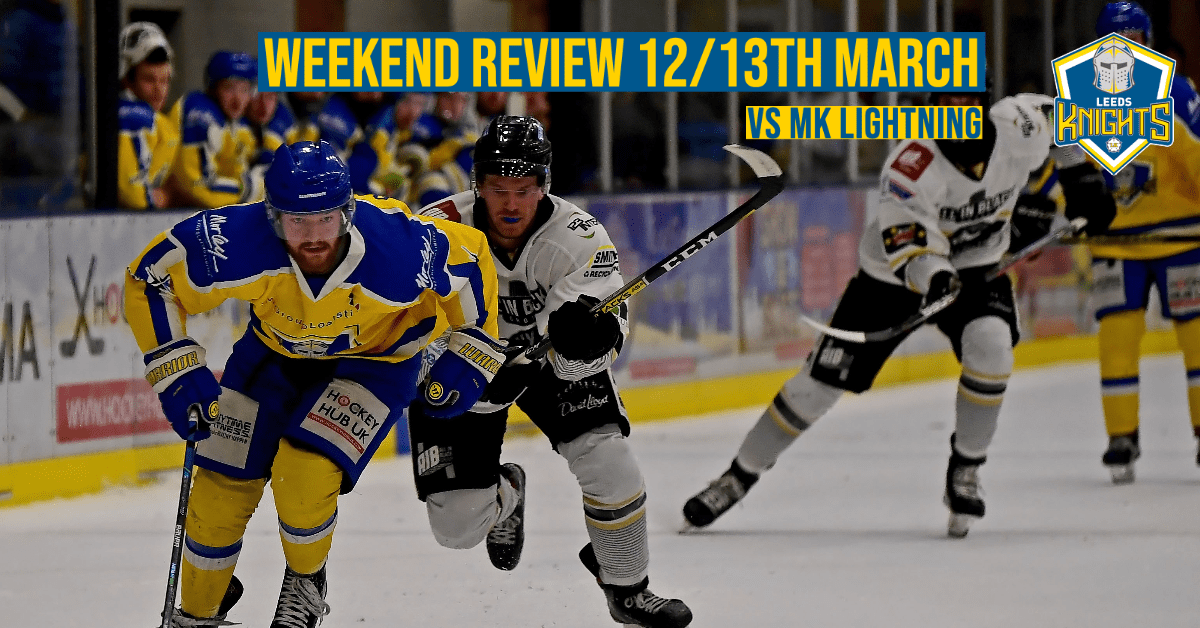 LEEDS KNIGHTS moved up to third in the NIHL National standings after taking four points from their weekend double-header with Milton Keynes Lightning.

In 17 games under head coach Ryan Aldridge, the Knights have lost just four times, winning eight of the last nine. Regardless of where they finish in the overall standings – there are just six games now remaining – there won’t be many teams who will look forward to facing the Knights in the play-offs.

On Saturday, it was the familiar combination of Barnes and Kieran Brown that got the Knights off to the perfect start, the former Sheffield Steelers’ forward firing past Matthew Smital with just 3.34 on the clock.
It got even better for the visitors when Brown was involved, along with defenceman Ben Solder, in the build-up for a strike from Barnes at 12.25.

That was how it stayed until the latter stages of the second period when the Lightning struck twice in as many minutes to even the score, Sam Talbot halving the deficit on the power play at 37.12 before another stint on the man advantage saw the hosts level through Adam Laishram at 39.54.

Sam Gospel was beaten by a Sean Norris effort at 47.41 to put the hosts’ ahead for the first time but, the Knights were back on level terms quickly when Shudra fired home just over three minutes later.
Brown then proved his true value to the Knights when he grabbed his second of the night at 52.20, a goal which proved enough to take both points.

The following night, two goals apiece for Adam Barnes and Cole Shudra, plus strikes from Jamie Chilcott and Lewis Baldwin saw the Knights ease to a 6-1 win over the Lightning on home ice on Sunday night, 24 hours after prevailing 4-3 in Buckinghamshire.