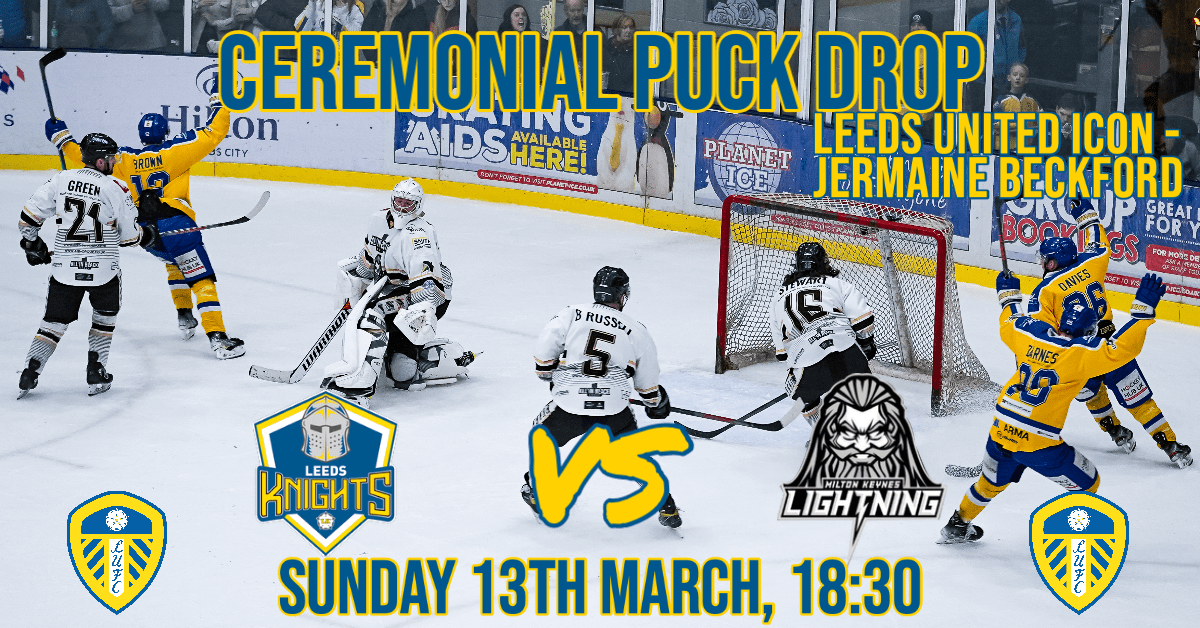 As we prepare for one of our biggest games of the season against the Milton Keynes Lightning this Sunday night at home, we have a very special guest joining us to kick off what is sure to be an amazing, action-packed night!

Leeds United icon Jermaine Beckford will be joining the Leeds Knights on Sunday as our special guest, where he’ll be taking part in our ceremonial puck drop! We’re extremely excited to welcome Jermaine, and are looking forward to this weekend’s games that little bit extra!

Jermaine Beckford’s most notable moment for Leeds United was his goal in the 2009-2010 FA Cup third round against rivals Manchester United, in what was the only goal between the two teams, leading Leeds onto the 4th round against the Spurs – where Jermaine remained in top form as he scored a further 2 goals against the top flight side! With 31 goals in all competitions, and 25 goals in the league, Jermaine helped Leeds United take their place in the Championship for 2010-2011 as they gained automatic promotion, cementing his place in the history books.

We can’t wait for Sunday’s home game against the Milton Keynes Lightning, with a changed face-off time of 18:30, but make sure you get there early so you don’t miss any action! With a goal scorer like Jermaine at the game, we have a feeling there’s going to be a whole lot of goals, a whole lot of action, but there can only be one winner…

Tickets for Sunday can be purchased here.