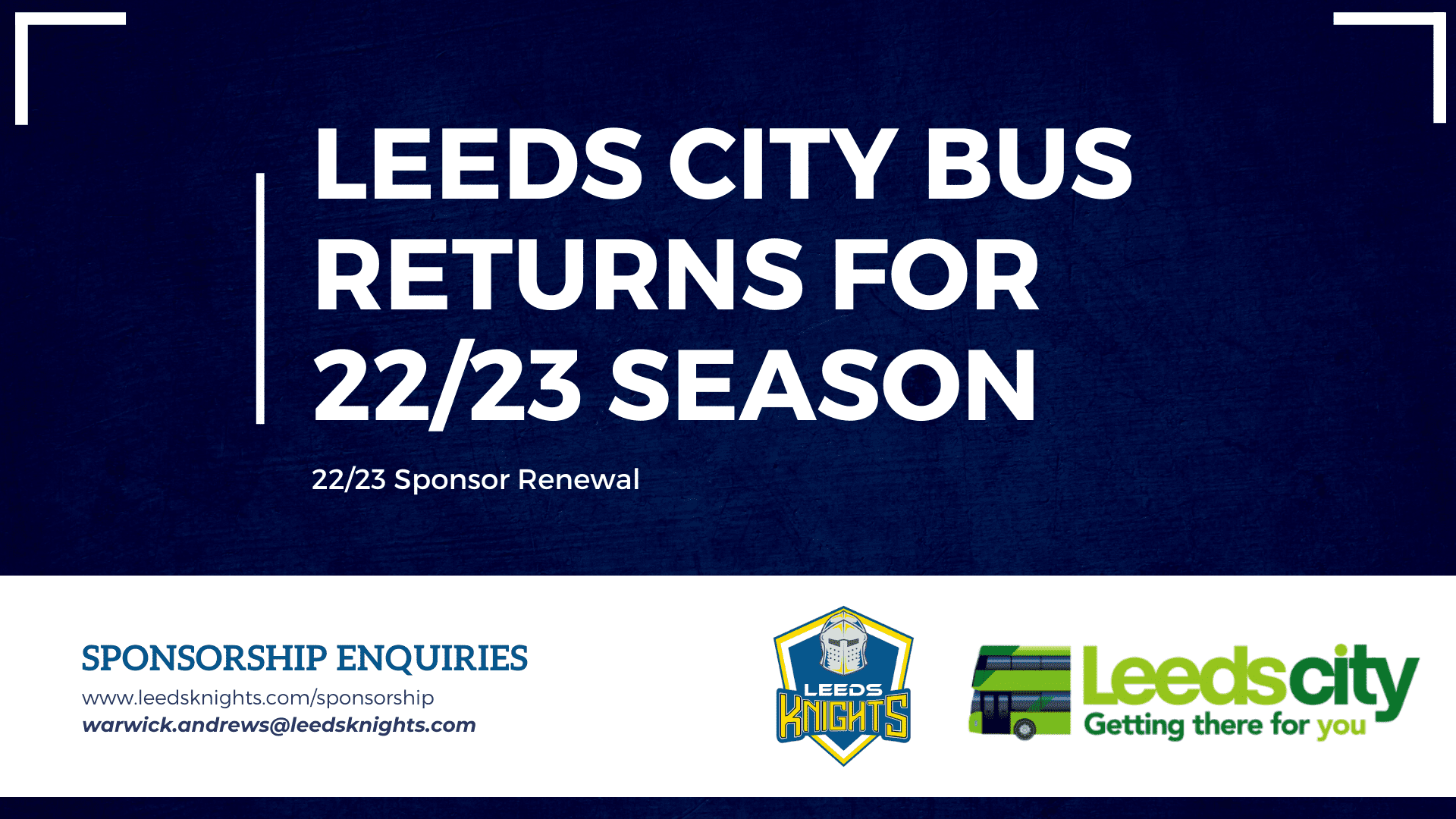 LeedsCity are our Official Bus Travel Partner for the 2022-23 season!

The Morley Glass Leeds Knights are delighted to announce that LeedsCity have extended their sponsorship of the team for the 2022-23 season and will also be the ‘Official Bus Travel Partner’ on match night for the upcoming Planet Ice NIHL National Division season.

LeedsCity, operated by First Bus, will be one of Leeds Knights’ Silver Partners for this next season and are committed to helping customers get around Leeds as easily as possible. From online tickets to timetables and route maps, First Bus run regular bus services throughout Leeds and the surrounding area.

LeedsCity were hugely enthusiastic of the team last season and expressed very early during the summer that they wanted our partnership to continue. We also know that they will be offering a great deal for fans on match night that means transport to ‘the Castle’ from the city centre will be much cheaper and easier. 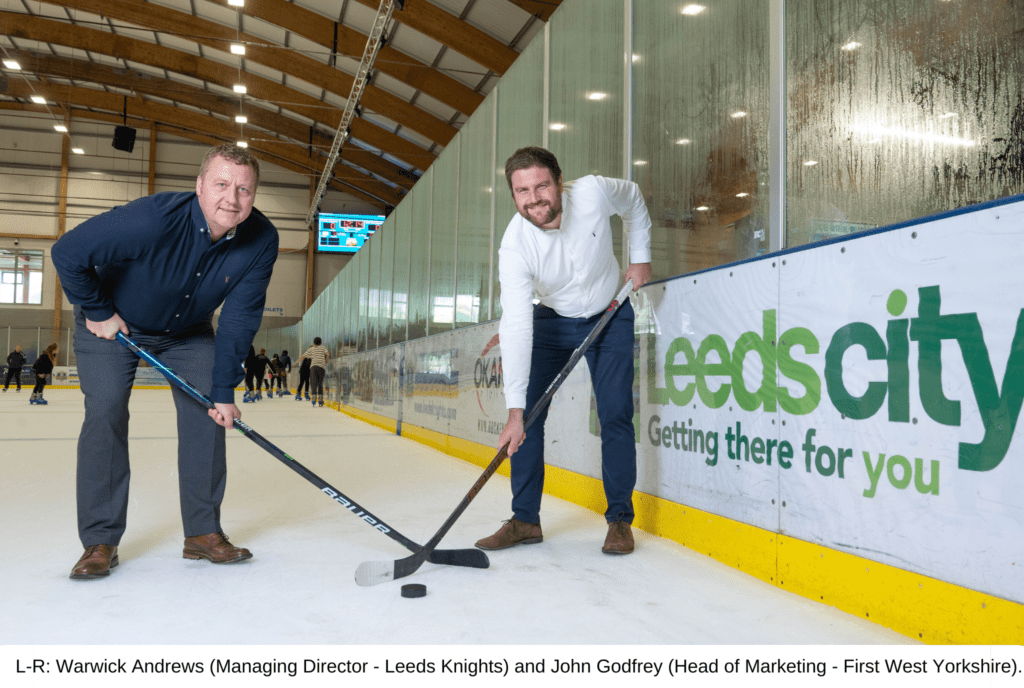 This is our second season in supporting the Knights and we’re getting ready to take fans to the Planet Ice rink when the league returns in September.

We’re delighted to build on our partnership with the club as we do more to encourage sustainable travel as part of the matchday experience and connect local people to the team they love and watch the players in action.

LeedsCity are committed to reducing carbon emissions, improving air quality and reducing traffic congestion around Leeds with their ultra-low and zero-emission buses. A special offer from LeedsCity will be available for Leeds Knights fans during the season – more details to follow later in August.