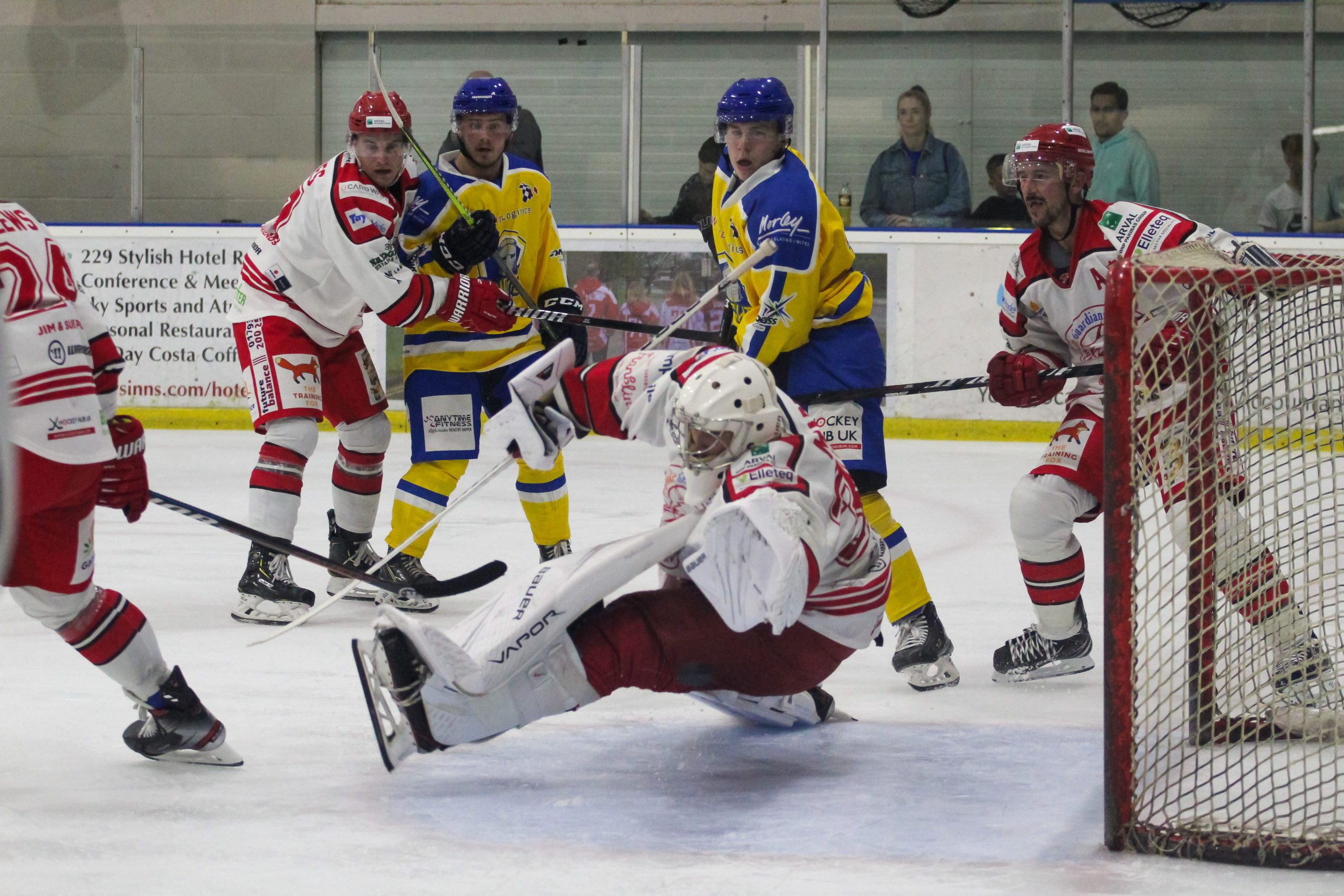 This Sunday the Leeds Knights host the Swindon Wildcats, as they make the journey to Planet Ice Leeds. Sunday is a NIHL League game and a NIHL Cup game.

The Knights and Wildcats have faced each other 3 times so far this season, only one of which was competitive play. The Wildcats bested the Knights 3-2 and 4-3 in the pre-season friendlies between the two teams. However, the Knights took down the Wildcats in the Autumn Cup with a convincing scoreline of 7-3. This game saw an offensive masterclass for the Knights, as well as some great goaltending from Gospel with 43 saves on 46 shots.

Despite this positive scoreline in the last encounter between the Knights and Wildcats, since then the Wildcats have been quite successful, with a great end to their Autumn Cup run which has led to their qualification for the semi-finals. The Wildcats have won 3 out of their last 4 games, with the game they lost only being by 1 goal to the Sheffield Steeldogs. Goaltender Dean Skinns has been on great form, with a shutout against the Basingstoke Bison as well as being a massive part of their recent victory against the Telford Tigers in a penalty shootout.

Another player from Swindon that has hit a run of good form is newly signed import Emil Svec, who you can read more about here.

The Knights and Wildcats face-off in Swindon on Saturday, before both teams make the long journey to Leeds, on Sunday the 24th. As our league campaign continues, we are hoping to have as many fans as possible to cheer the team onto (hopefully) another victory.

The Knights had a 4-point league last weekend, after playing 3 games in 3 days. The Knights lost to Sheffield Steeldogs on Friday night and went on to beat the Bees IHC at home 5-2. Sunday saw the Knights travel to Peterborough where they took down the Phantoms in a 5-3 game. But how much will the loss of Cole Shudra affect the Knights?

The Wildcats also had a rollercoaster weekend, losing to the Steeldogs on Saturday night before travelling to Telford to take down the Tigers in a long penalty shootout that they managed to fall on the better side of.

Both sides will be looking to have a 4-point weekend, and both games could go either way as we’ve seen from the results from previous games between the two. We’re set to have a great weekend of hockey, and we hope to see YOU this Sunday!