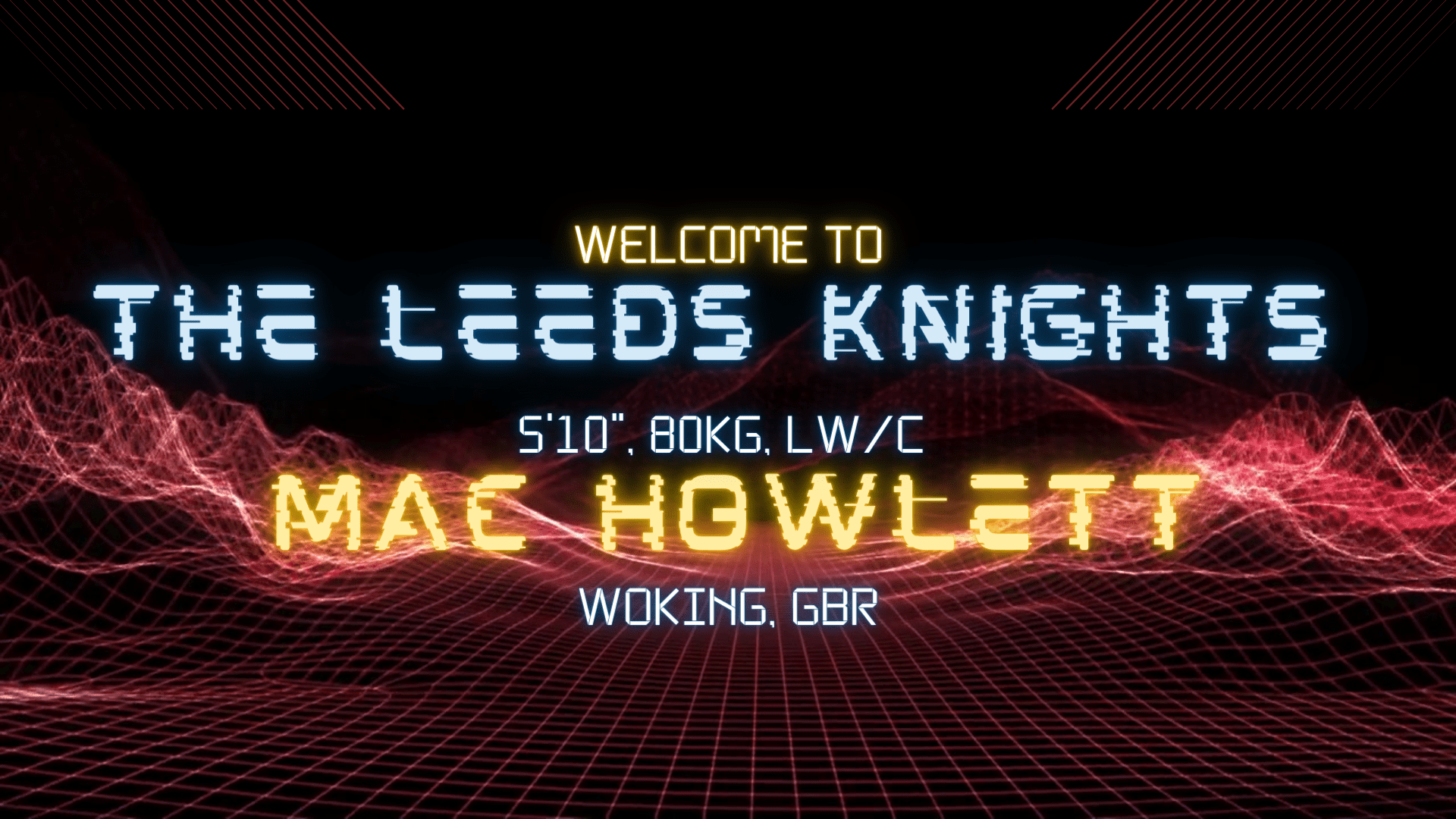 Mac Howlett joins the Leeds Knights for the rest of the season!

The Morley Glass Leeds Knights are delighted to give our fans an early Christmas gift… We are happy to announce the signing of Mac Howlett, a 5’10”, 80kg winger, who joins us from the Dundee Stars of the Elite League.

Mac has most recently played in the EIHL, where he has spent 4 seasons and the Elite Series accruing an impressive 200+ games at the top flight of British hockey, at just 22 years old. Mac has also had some stints overseas in Europe, playing in Germany4 where he scored 19 points in 7 games during the 2020-21 season and Finland U20s and U18 divisions from 2016-18, where he scored 31 points in 65 games.

Head Coach Ryan Aldridge is familiar with Mac Howlett, having worked together at the Okanagan Hockey Academy for several years, and Ryan is looking forward to working with Mac again – “I am looking forward to working with Mac again – he’s a great young player and a great young man. He adds more of what we are looking to build here, and I’m excited for him to see the castle in full effect on the 27th and I know he will have an instant impact on our team.”

Our latest signing is also looking forward to joining us, when we spoke to him on his journey to Leeds as he gets ready to meet the team at tonight’s training session – “I’m really looking forward to coming to Leeds, playing in the Castle in front of the fans and meeting the players I’ll hopefully be winning some trophies with!”

We look forward to seeing Mac in action, and we can’t wait until the 27th December when he’ll take to the ice for the very first time as a Leeds Knight – in front of a massive (maybe sold out) crowd!

Join Mac Howlett and the Leeds Knights on Tuesday 27th December in a post-Christmas showdown with our local rivals the Sheffield Steeldogs – Tickets available here.