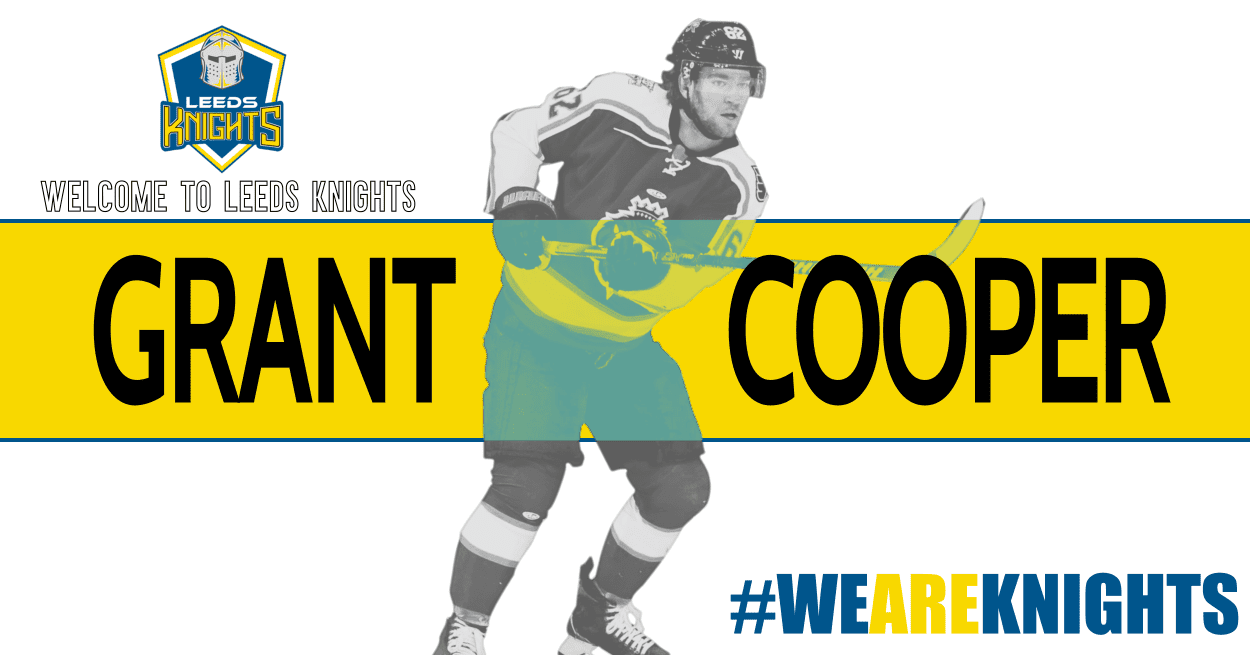 The Morley Glass Leeds Knights are happy to announce that we have secured the services of Canadian forward Grant Cooper for the 22-23 season!

Grant Cooper hails from Cornwall, Ontario, and is a left-handed forward coming in at 6’0” and 198lbs at the age of 26. Grant has spent the last 5 years playing in the US, taking part in 4 seasons with Clarkson University in the NCAA and most recently Grant headed to the East Coast where he played for the Reading Royals during the 21-22 season in the East Coast Hockey League.

Head Coach Ryan Aldridge describes Grant as ‘An all-around solid hockey player, he’ll drive the net, work hard in the grey areas and get the job done in the d-zone’. Despite only being one year out of college hockey, Grant’s experience and career history is nothing short of impressive: “His professional career is only one year, but his experience of where he’s played before will help us massively. Playing in a top-quality college and the East coast is an incredible pedigree, he’s played with some great players and he’s going to bring some top qualities to our organisation”

Ryan doesn’t just believe that Grant is the right fit on the ice, but off the ice as well. – “His playing style will fit in perfect with what I have in mind, he’s got a great personality and I anticipating him slotting in perfectly both on and off the ice with the group we’ve already got.”

To be Grant’s Player Sponsor for the season and for all Leeds Knights sponsorship enquiries please email warwick.andrews@leedsknights.com

Own & Loan: You can purchase Grant Cooper’s jersey and loan it back to him for the 22-23 season, just go to our online store!