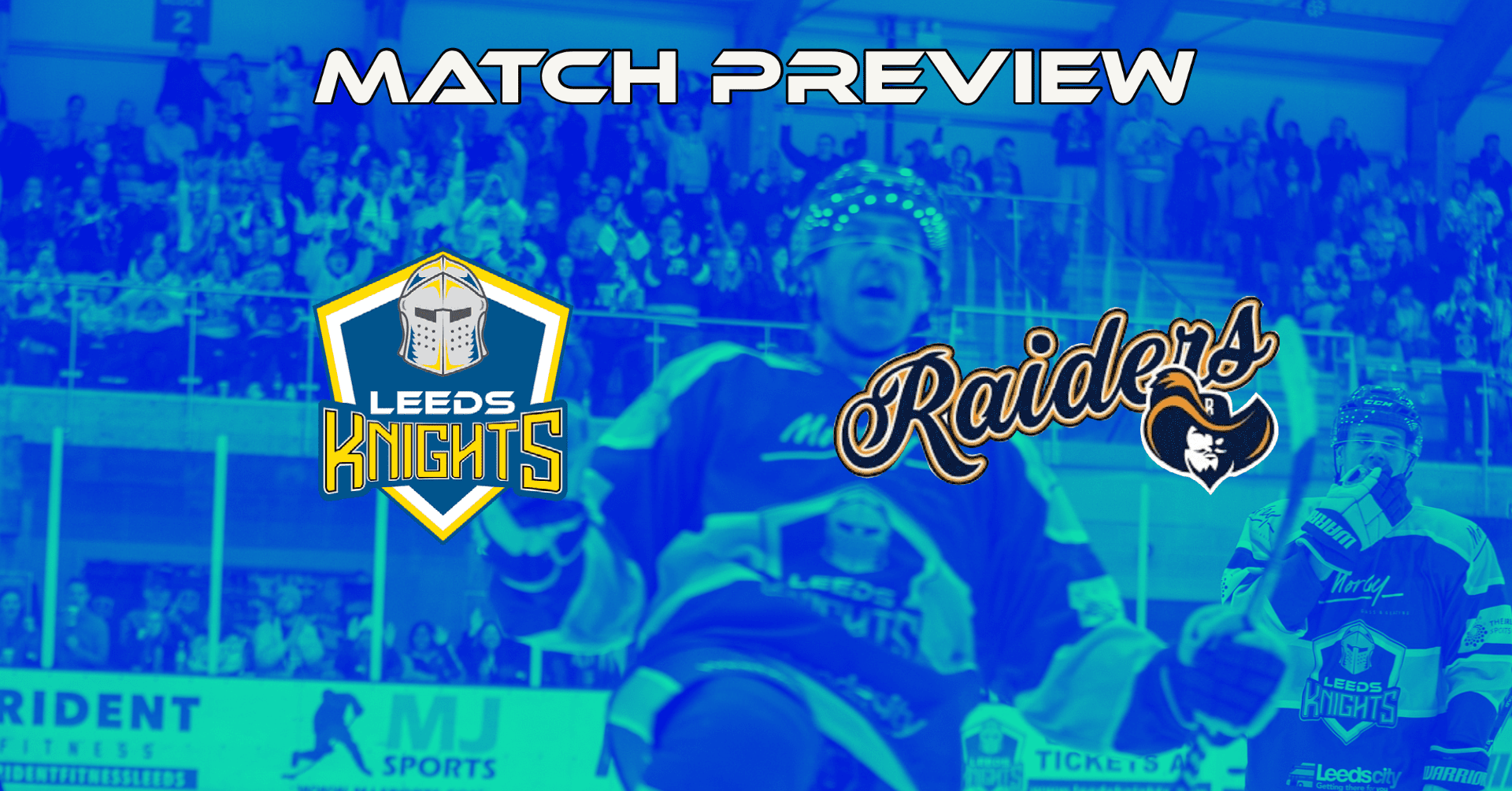 This Sunday we face-off against Raiders IHC for the second time of the season, following our visit to London on the 18th September where we left with 2 points after a 6-2 victory at the Sapphire Ice & Leisure centre.

The Raiders have since then bolstered their forward lines with Canadian import Matthieu Gomercic, who joins the Raiders fresh out of the ECHL. Matthieu has adjusted to life in the Planet Ice NIHL National Division well, scoring on multiple occasions and helping his team compete with the likes of the Swindon Wildcats who the Raiders narrowly lost to last weekend.

Another player to watch out for is September’s player of the month for the Raiders, familiar face Harry Gulliver. We’re sure Harry will receive a warm welcome when he returns to the Castle, albeit being on an opposing team.

The two aforementioned Raiders are the ones to watch for the visitors, but for the home team #11 Matt Haywood and #44 Jordan Griffin are this weeks ones to watch! You can also meet both of them following the game in the café, at our Post-game signing table. 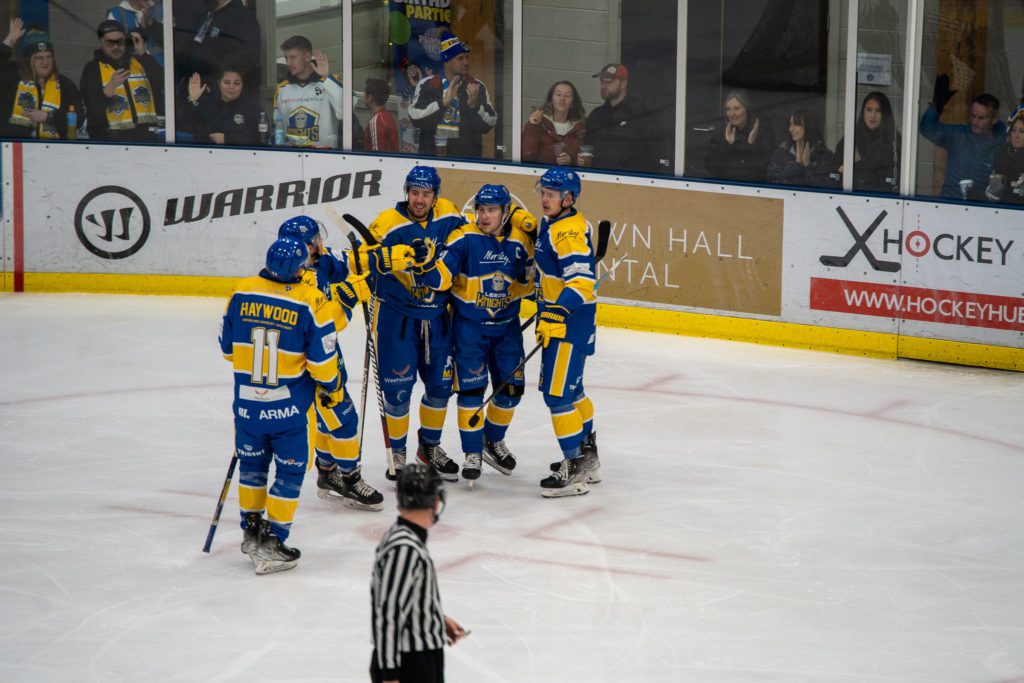 Last week saw Matt Haywood pick up 4 assists in just one night on Saturday, earning himself the Knight of the night from the players, as well as the Thermos Man of the match award. Matt continued his run of form on Sunday night in Slough when he picked up 2 more assists for a 6-point weekend! Jordan Griffin didn’t grab quite as many points as Matt, but he did score a crucial goal on Saturday night in our 5-2 victory over the Bees. In addition to this Jordan has been solid at the back, logging an impressive plus minus through our first 10 games and never backing down from a challenge – metaphorically and physically. 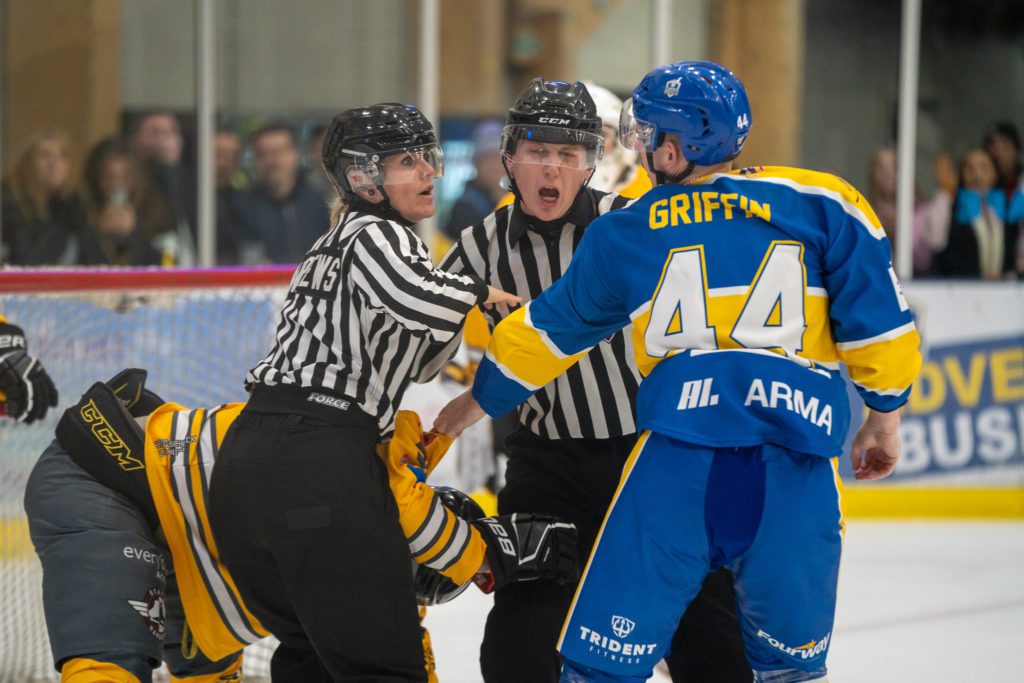 The Raiders make the trip North twice this weekend, they play the Hull Seahakws on Saturday before travelling to Leeds on Sunday where we will host them in just our 6th home game of the year – will it be another win on home ice?

Sunday is our only game of the weekend, and we are fortunate enough to be at home in front of YOU, the best fans in the league! We’ve already sold over 1000 tickets, so The Castle is sure to be bouncing this Sunday! Kids go free when booking online and using code KIDSGOFREE, with the atmosphere set to be incredible and the Knights on the hunt to stay at the top of the league – you definitely don’t want to miss out. Get your tickets here.