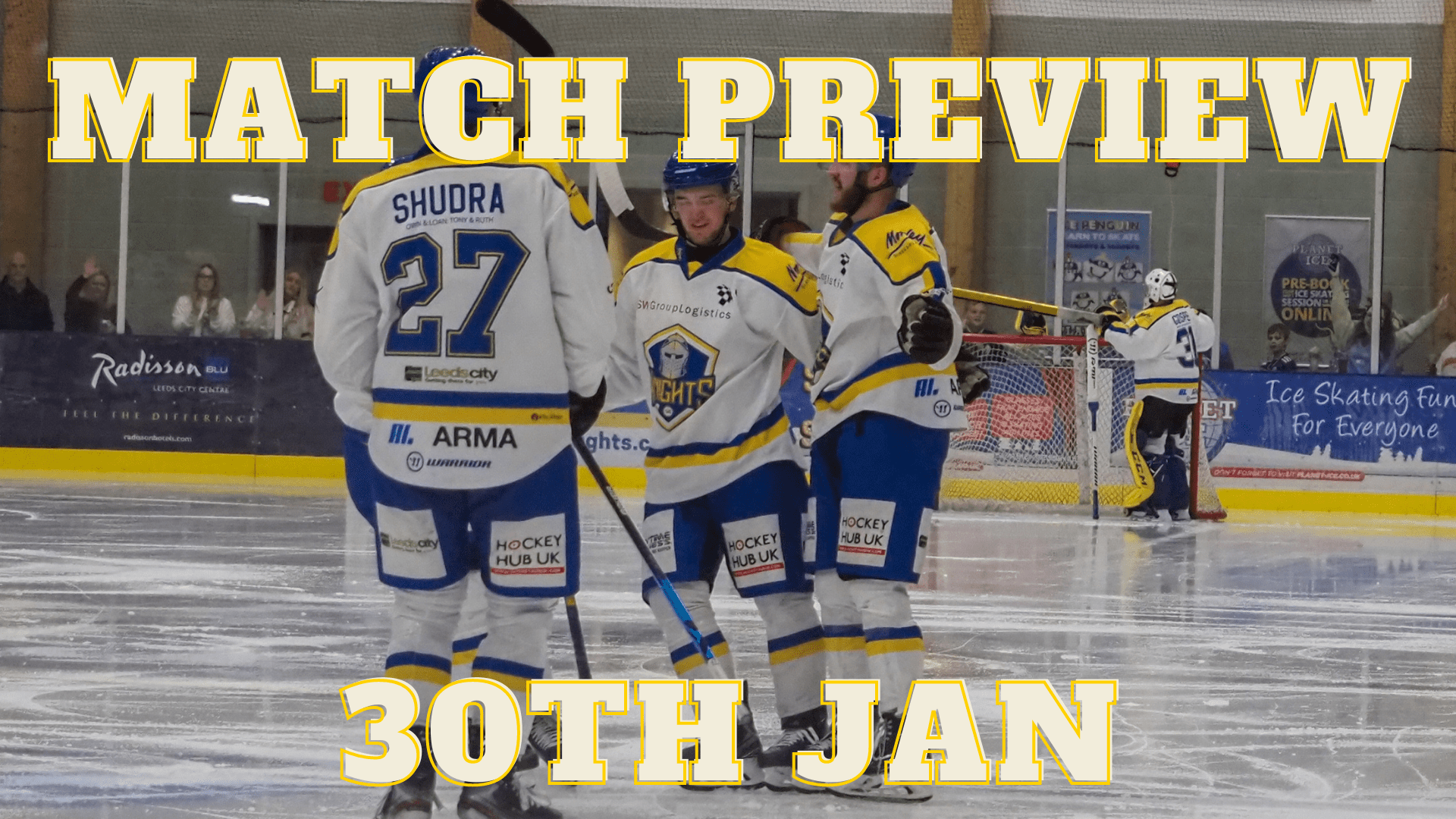 Our first visit to MK saw us win in a convincing fashion; with the help of a Brandon Whistle hat-trick the game ended 6-3 in favour of the Knights. However, when we went back to Milton Keynes, lightning didn’t strike twice – as we lost to the home side 4-2. MK Lightning also came out on top when they came to Leeds earlier this month. The Knights had a 2-0 lead after 30 minutes of hockey, but a short-handed goal late in the second period for the Lightning provided a great momentum shift. The third period started, and MK scored 3 unanswered goals in quick succession to take a commanding lead over Leeds. The Knights didn’t give up though, as #12 Kieran Brown scored; with just over 10 minutes left to play the Knights were within 1 goal as the score was 4-3 in favour of the Lightning. With Gospel pulled and the extra attacker on the ice, MK managed to withhold the pressure on their defence and their captain Lee Jamieson managed to secure the game for his team as he scored his second of the evening with 8 seconds remaining on the clock.

Across the 3 previous games the two teams have played, a total of 23 goals have been scored, and in back-to-back games for all important points in the league standings you can be sure to see some action this weekend. Since our last game, Milton Keynes have also re-signed Tim Wallace, Wallace has 101 NHL games under his belt, as well as a 0.76 PPG in the Elite League across 115 games 60 of which were with the Lightning in 2018-19.

Milton Keynes currently sit 3rd in the league standings, with a massive 38 points they are only a singular point behind 2nd place Swindon Wildcats and a further 2 points behind league leading Telford Tigers. However, MK have played two less games than Swindon, so the Lightning will be poised to grab as man points as they can as they push for the league title.

These points also mean a lot to the Knights, who come off the back of a great weekend last week. A win at home on Friday vs the Steeldogs followed by a 6-1 away victory in London meant a 4-point weekend for this hungry Leeds team, and a first (and second) win for Interim Head Coach Ryan Aldridge. Leeds currently sit 5th in the league, 3 points behind 4th place Steeldogs. With a 4-point weekend once more, the Knights could leapfrog the Sheffield team and that will be the aim this weekend!

This weekend will be action packed and all the tension is sure to carry over from Saturday’s away game to Sunday’s home game, you won’t want to miss this! Seats are selling fast – book your tickets here!