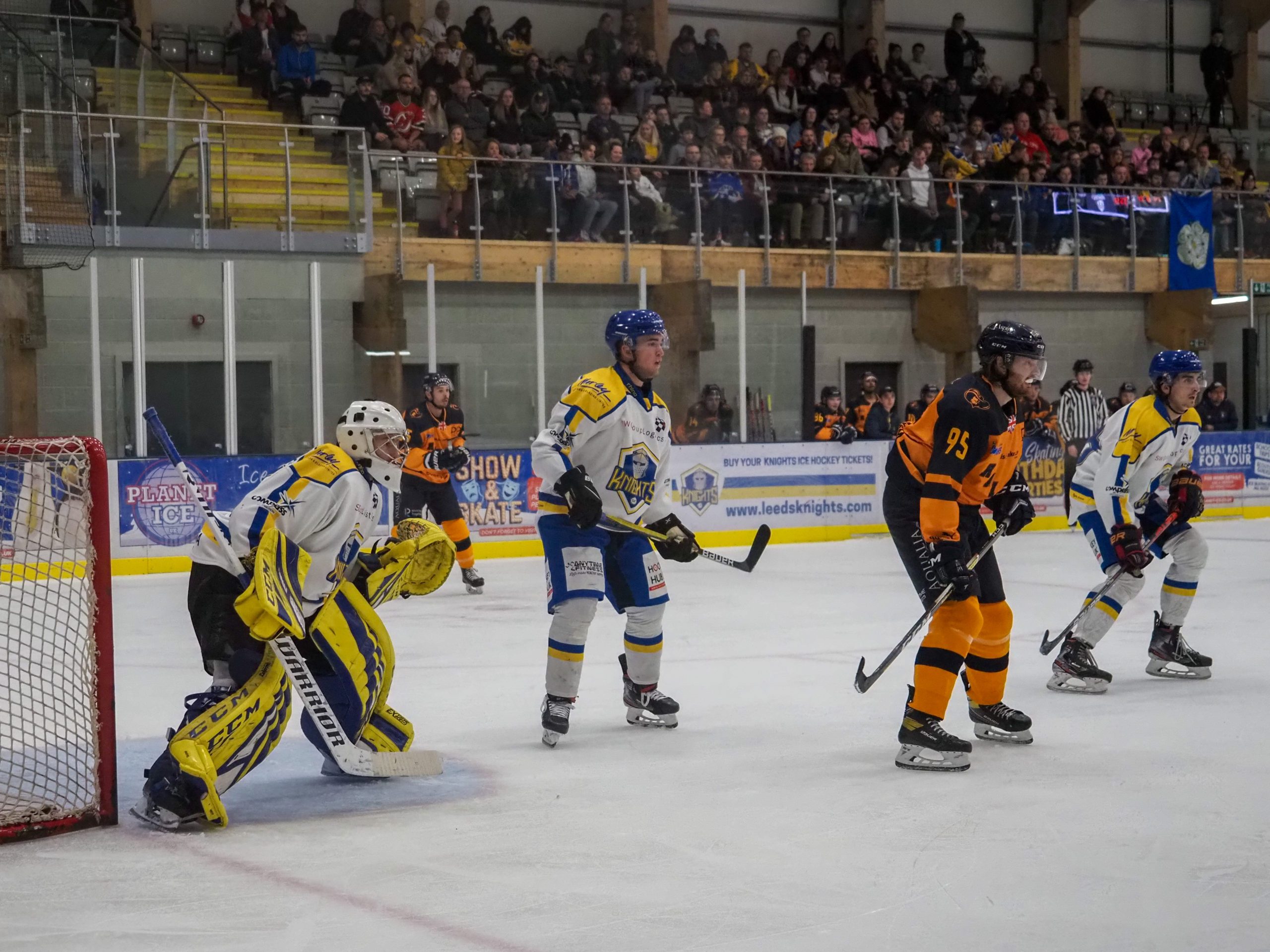 As the Autumn Cup goes on, with as few as 2 games remaining for some, teams are giving their all to push into the top 4 and achieve the highest seeding possible. This Sunday will be no different, with the Knights going for another 2 points in a hope they make the final 4. The visiting team, the Peterborough Phantoms who have been a strong team over the last few seasons, have had a slow start to the Autumn Cup, however the Knights are expecting the Phantoms will have a lot to prove on Sunday night and with notable players such as McEwen and Billing the Knights will need to be ready.

This fixture is sure to be one to remember, along with the international break in football, and the ending to the Leeds Rhinos’ season, we’re expecting this to be a massive crowd! Knights are still in the mathematical running to finish in the top 4 and are striving to finish at the top of the table, to give the Knights a competitive edge in the semi-finals as they would take on the team that finishes in forth place.

The Knights enter the weekend having had great early season success and performing well to kick off their competitive campaign. There has been little to complain about for the fans of Leeds, as well as from Coach Whistle himself. Despite this, the Knights aren’t perfect, with both Milton Keynes Lightning and Peterborough Phantoms being formidable opponents. After an away day to Milton Keynes Saturday, the Knights host the Phantoms on the Sunday. Peterborough is sure to be poised with the hopes of an Autumn Cup top 4 finish driving them to do their best day in day out, and as we all know hockey can go either way in a flash.

A resounding message from Head Coach Dave Whistle and the Knights has been to constantly look forward to the next game. The ability to remain focused on a singular upcoming fixture, and do this consistently is no easy task, but has so far been a recipe for success for the Leeds Knights. However, there’s no doubt that this philosophy will be continued through this weekend and into future weekends.

The Knights and Phantoms match up very similarly, with the Knights being younger, shorter, but heavier. The Phantoms come in a little taller, and a little older when compared to the Knights. The Phantoms age is heavily impacted by long term servants such as Czech import Aleš Padělek, who at 41 is still an immense forward threat and extremely talented.

However, Knights’ greatest advantage comes with their goal difference. With 32 goals scored in 5 games, and 11 goals against, the Knights are averaging more than 6 goals per game with only 2.2 goals against! This is very different than the Phantoms, who across 6 games have only 18 goals scored and 27 against – meaning they average 3 goals scored per game and 4.5 goals against.