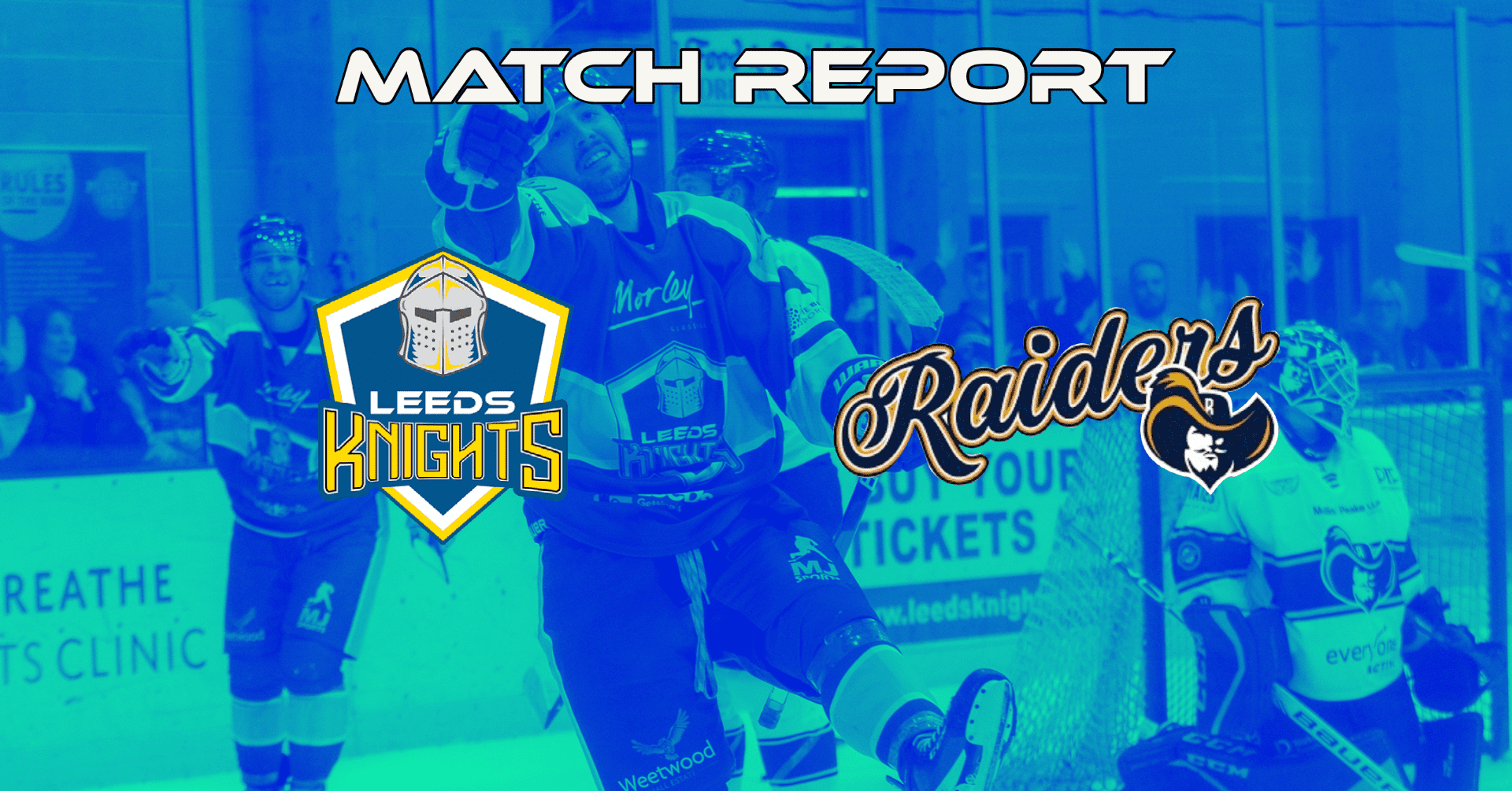 The Morley Glass Leeds Knights ensured their dream start to the season continued when they made it seven wins from seven to remain joint-top of the NIHL National standings.

With just the one game to take care of, Ryan Aldridge’s team made it two wins from two this season against visitors’ Raiders IHC, running out deserved 6-3 winners at Elland Road.

But they still can’t shake off Milton Keynes Lightning, Tim Wallace’s team following up Saturday night’s 6-2 win at home to Basingstoke Bison with a hard-fought 4-3 win at Telford Tigers.

Raiders had arrived in Leeds in buoyant mood, having been the latest team to inflict more misery on struggling Hull Seahawks when running out 6-2 winners in East Yorkshire the previous evening.

They will also have been intent on wreaking revenge on the Knights, who had won 6-2 in Romford when the two met on the opening weekend of the regular season.

But they found themselves up against it early on when going 2-0 behind inside the first 12 minutes.

Experienced centre Matt Haywood was first to get the Knights’ fans on their feet when he opened the scoring with just 3.49 on the board.

The second goal was a special moment for Carter Hamill, tipping in from Cole Shudra at 11.53 for his first of the season.

Harry Gulliver – a fan favourite when with the Knights on a two-way deal with Manchester Storm last season – enjoyed his first return to West Yorkshire when he halved the deficit at 15.54.

The visitors’ joy was short-lived, however, when Adam Barnes made it 3-1 early in the second, the lead stretched further just under two minutes later with the Knights on the penalty kill, Grant Cooper breaking clear before pulling Brad Windebank from his net before setting up Haywood for his second of the night at 24.43.

But, like at Bees the previous weekend, the Knights allowed their opponents back into the game, Brandon Ayliffe pouncing at 41.57 before Adam Laishram made it 5-3 just under 10 minutes later.

Nerves were finally settled, however, when Brooks set up Shudra to fire into the empty for a 6-3 win at 59.08.