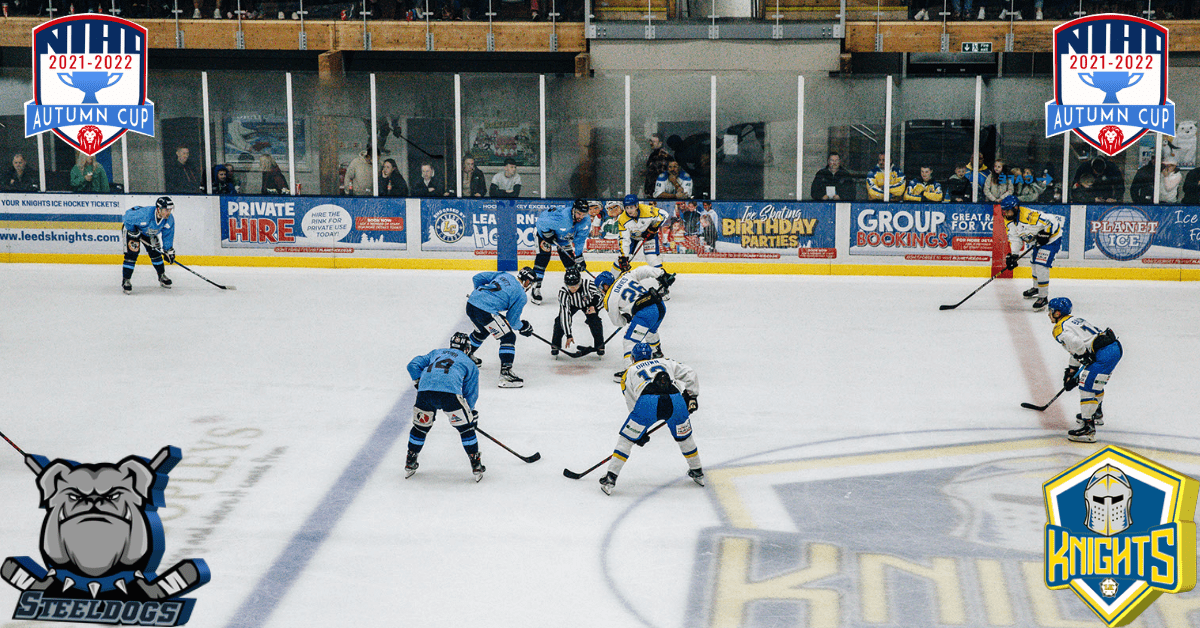 The first silverware of the NIHL season comes ever closer with the announcement of the draw for the Autumn Cup semi finals.

Our nine clubs played a round robin for the first weeks of the campaign to decide the seedings and after a thrilling month or so the final four were Sheffield Steeldogs, Leeds Knights, Telford Tigers and Swindon Wildcats.

Following the precedent from the inaugural National Cup in 19/20, the top seeds were given the option of selecting their semi final opponent.

Sheffield Steeldogs were the number 1 team after the qualifying stage and they chose to go up against the Leeds Knights over two legs next month.  That leaves Telford Tigers and Swindon Wildcats to face off in the other semi final.

We can also confirm the fixture dates for the semi finals as follows.

An NIHL spokesman said: “The Autumn Cup group stage was a great curtain raiser for the National Division, giving everyone an early chance to see the other teams in action within the first weeks of the season.

“The ‘pick your opponent’ was something we thought worked well last time so it has been rolled out again, and Sheffield Steeldogs have selected the number two seeds in Leeds Knights, continuing an already great local rivalry with a Cup Final place on the line.

“Telford and Swindon met in the Cup semi finals last time out, when top seeds Tigers picked the second seed Wildcats.  The Tigers as we know went on to complete the Cup and League double in March 2020.