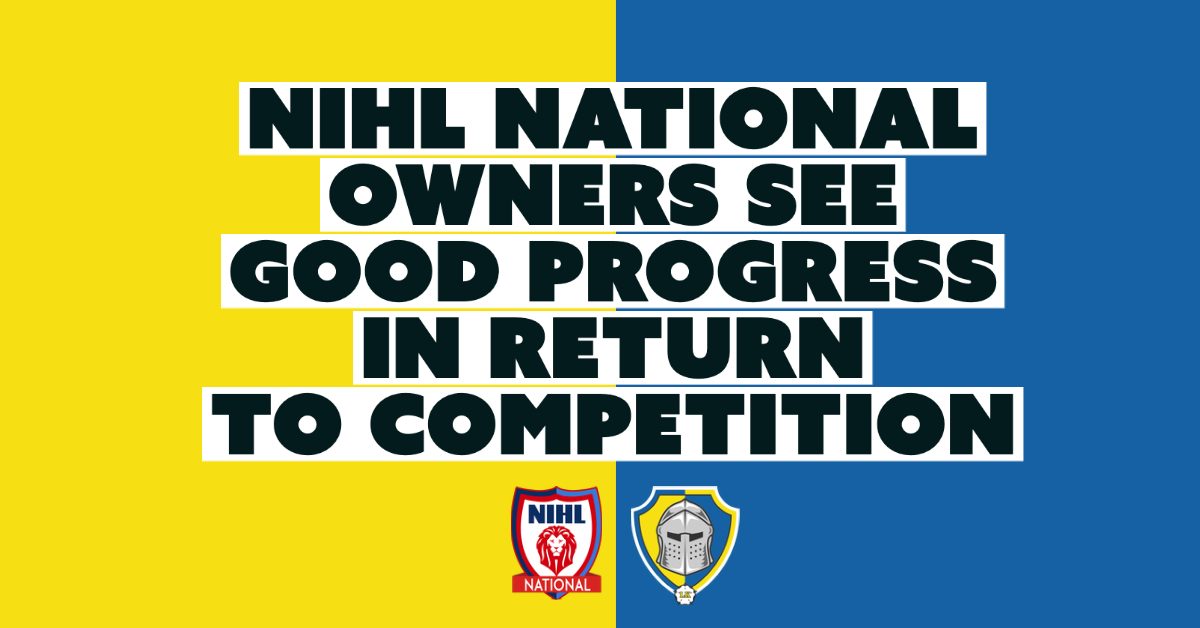 The NIHL National Owners group met again last week and are collectively very pleased with the progress being made towards the return to competitive action in September.  A number of key topics were reviewed and we’d like to give you a short update.

All ten teams have confirmed their intent to participate in the league in 2021/22.  As you may have seen in the news recently, there are some timing pressures on the completion of upgrades to Hull Ice Arena.  As a group we are working to support Shane Smith and the Hull Pirates management and to provide as much flexibility as possible for Hull to participate in the league.  We’re encouraged the Hull City Council has approved the Arena works, and urge them to deliver these to schedule.

These are currently in the early stages of development, with key agreements around conference structures and dates already agreed.  We are awaiting the release of some key inputs to allow us to finalise the fixture list, including Premier League football and details of specific local restrictions such as venue availability.  We expect to release the fixture list in mid to late July.

With the eligibility rules for non-British trained players already established, we reviewed the process and approach to comply with Work Permit regulations.  Since Britain’s exit from the European Union, there is a greater need for clubs to apply for Work Permits and we are pleased that NIHL National teams will be endorsed by Ice Hockey UK to act as Work Permit sponsors and that a list of eligible leagues to source players has been confirmed.

Finally, we were very pleased that EIHA Chairman Mohammed Ashraff attended part of the meeting.  We look forward to a positive and constructive working relationship with him.

It’s been great to see the excitement starting to build across social media and club media, around player signings and sponsor announcements.  It’s been a hugely difficult 14 months or so, and we are immensely grateful for the continuing support from you all. Thank you, and see you soon for face off!