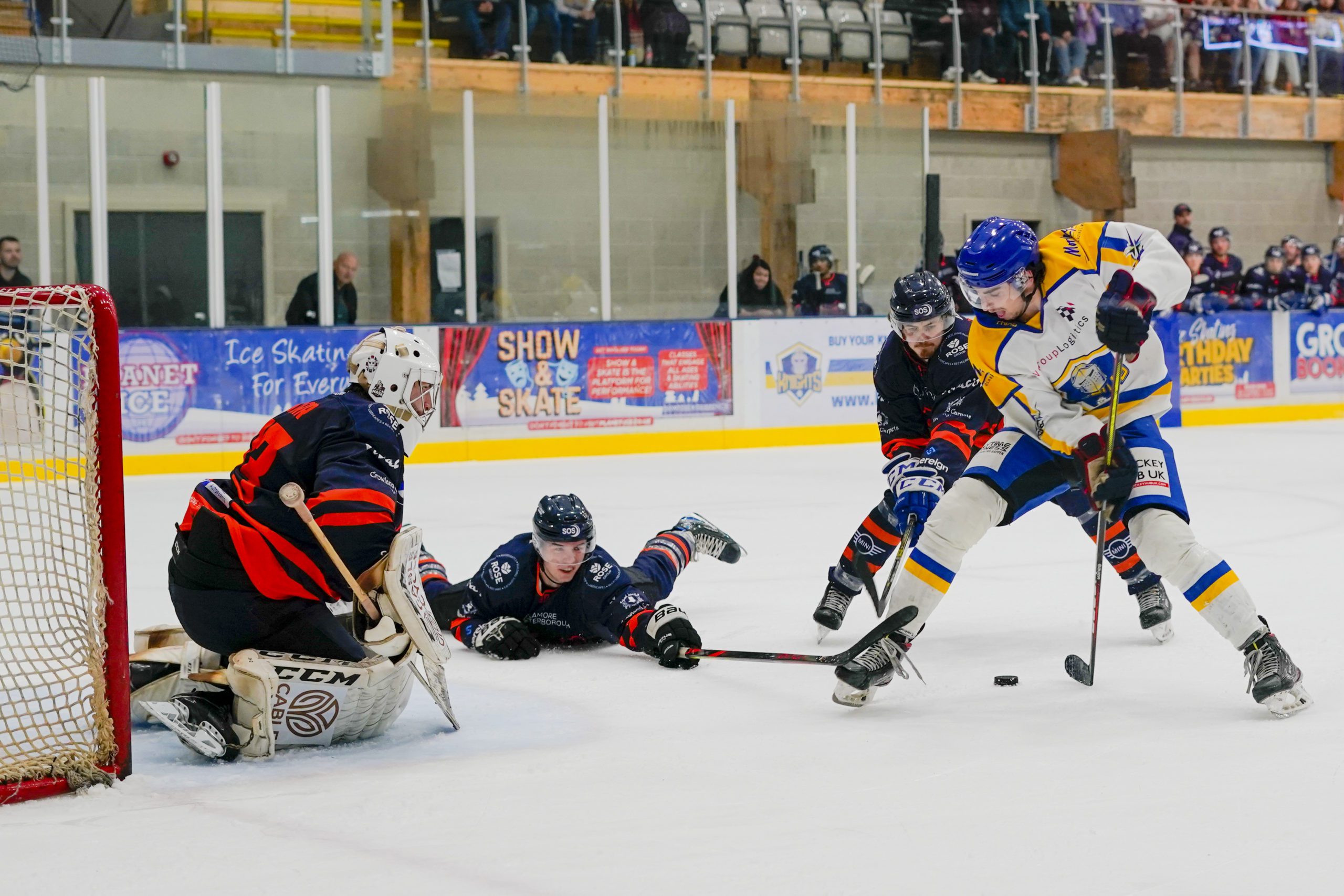 Ones to Watch – 16th October

The Leeds Knights ‘One to Watch’ this weekend has got to be high-flying Brandon Whistle. Last weekend, Whistle put up two Man of the Match performances, and had 4 goals and 4 assists in the two games played, with a Hat-Trick on Saturday night in the Knights’ win against the Lightning.

Further to his contributions in the attacking zone, Whistle is a huge force in the defensive zone and a massive part of the special teams (Powerplay and Penalty Kill). Brandon’s ability to take away the puck in the defensive or neutral zone and convert this regularly into scoring chances is incredible. A common theme with his play is the ability that he can make something out of seemingly nothing. Last week scoring from his knees, as well as scoring from a defensive takeaway where he dangled past the defender and beautifully wristed the puck home.

Brandon’s previous experience in the EIHL with the Sheffield Steelers, as well as being called up already this year via his two-way deal with the club, has helped the Knight to no end. This is because Whistle’s experience, stamina, talent and current playing form has been integral to the Knights’ success thus far – Whistle is joint point scorer with teammate Kieran Brown in the Autumn Cup*, both tallying 10 goals and 9 assists each, in 7 games.

*Prior to the game against the Sheffield Steeldogs that is still set to take place at time of writing.

The Bees IHC are familiar with two-way deals, much like the Knights’ ‘One to Watch’, Bayley Harewood of the Bees has had an impressive start to his NIHL career. Harewood is an 18-year-old, Welsh prospect on a two-way deal with the Cardiff Devils of the Elite League.

In 2020-2021, Harewood made 9 appearances and only logged two points in the NIHL cup, but this season Harewood has been a key performer for the Bees. Through 6 games, Harewood has 7 goals and 3 assists (10 points), making him the team’s second leading scorer, only led by import forward Dominik Gabaj (5G 8A 13 points)

Harewood’s ability to be leading his team in goals and being a major point contributor at such a young age shows his massive potential. Harewood isn’t just a point scorer, he consistently makes plays and is a presence on the ice. With his senior career beginning brilliantly, with the Bees, Bayley is not just one to watch in this game but for the future in a much greater sense.