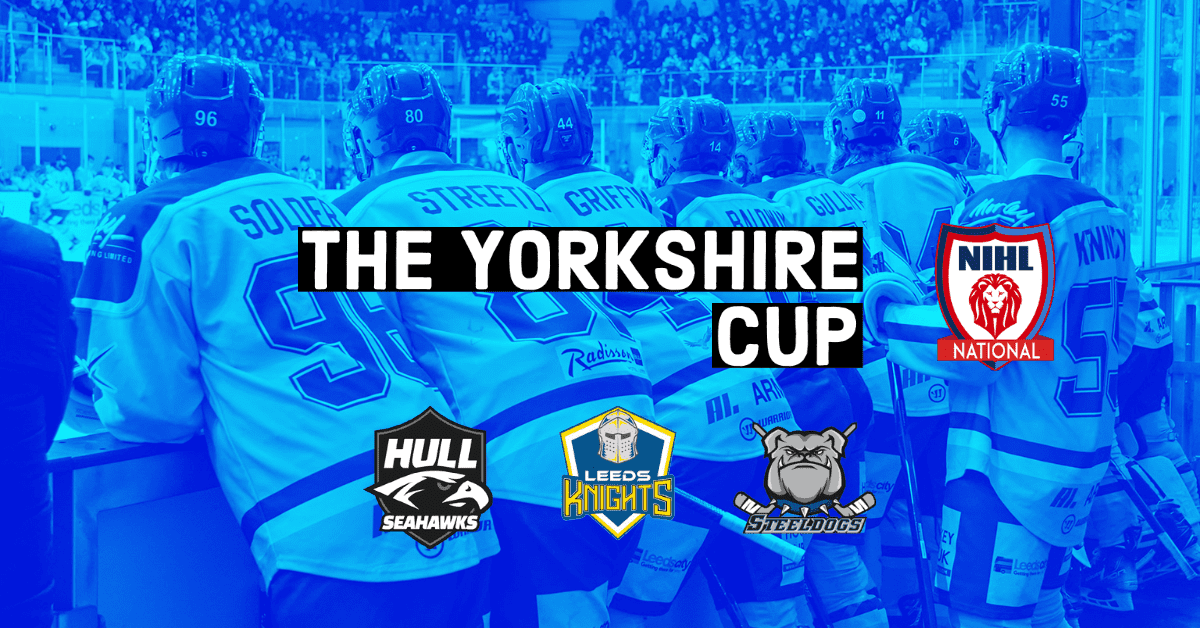 Our Pre-Season games sees the introduction of the Yorkshire Cup!

As the summer ticks into August we can almost taste the new hockey season which gets underway next month.

As previously announced, this pre-season we’ll be taking on our local rivals Sheffield Steeldogs and the returning Hull Seahawks and we’re thrilled to confirm that this competition will become the Yorkshire Cup.

The cup, which has been approved by the EIHA, will be sure to add drama to the set of fixtures already eagerly anticipated by our fan base.

With players moving across Yorkshire, such as Bobby Streetly, Jordan Fisher and Matty Davies moving from Leeds to Hull and others moving between Sheffield and Hull, there is sure to be an added dynamic of this exciting competition!

The passion across all three fanbases will ensure some action-packed hockey for all to watch. The battle for White Rose honours will hopefully be something that continues in years to come.

Managing Director Warwick Andrews is looking forward to our pre-season campaign: “The Yorkshire Cup is a great pre-season opportunity to compete against last year’s play-off champions in the Steeldogs and the return of Hull to the league. There’s a bit of spice in the games too with players moving between the teams in the off-season. This promises to be a great start to our 2022-23 campaign. We look forward to welcoming back our own fans into ‘the Castle’ and those of Sheffield and Hull.”

As a reminder to all, tickets are now on-sale for these Yorkshire Cup games by visiting https://iceaccount.co.uk/leeds-knights