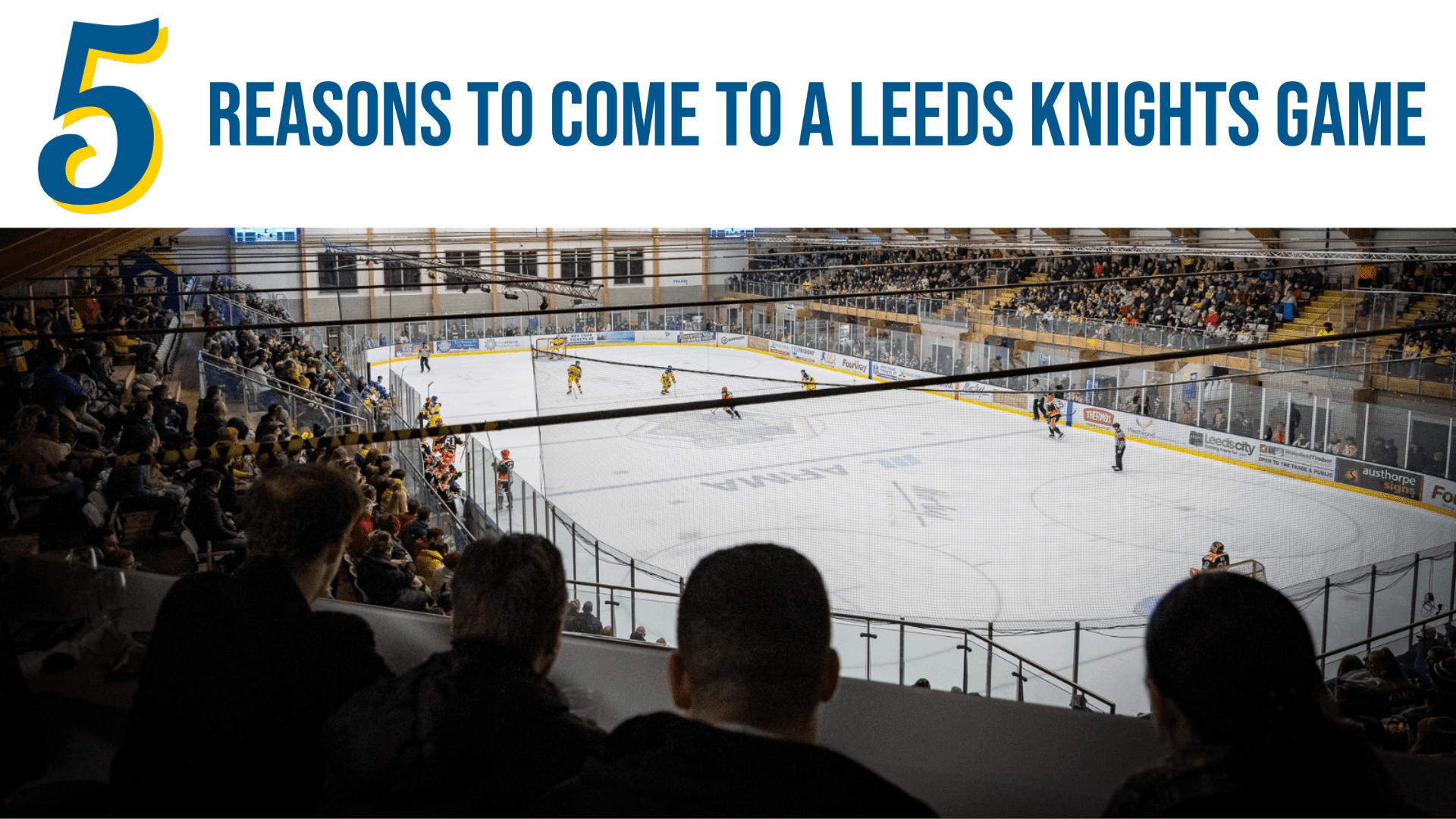 Reasons to come to a Leeds Knights game!

Leeds fans of hockey were delighted when their city founded its own team, bringing one of the most exhilarating sports to one of the best places in the world. There’s no better feeling than watching the ice shred as the team fight against the competitive completion in the Planet Ice NIHL National league. But, when you go to watch the Leeds Knights, you’re not just going to spectate a match; you become part of an experience. Here are some reasons why you should go and watch them play.

In spite of the aggressive nature of the sport, the Knights have a wonderful community feel to their home at The Castle. When you go to a game, you’ll be surrounded by families and friend groups all having the time of their lives. Everyone has a smile on their face because of the warm welcome from the community.

When you go to a Knights match, you’re not just witnessing the players compete; there’s a lot more to it than that. For example, on the Halloween weekend there was a dance-off between everyone in costume for the chance to win a prize. There’s also the chance to win a player’s match-worn jersey at each event, as well as family tickets.

Leo is the mascot for the Knights and he does a fantastic job of greeting the crowd and putting smiles on faces. You can catch him walking around before and during the matches, and he’s happy to get a selfie with you. During one of the period breaks, you can take part in the Chuck-A-Puck challenge. Get yourself a numbered puck beforehand, and whoever can throw it closest to Leo, who’s stood in the centre of the ice, wins a prize. He’s certainly a brave hero for letting so many people throw those at him.

The city of Leeds has a lot of things to be proud of, including teams from other sports. The Knights add to that by playing at a high skill level to gain victories. These victories have the boys sitting at the top of the league. Seeing them play so well and so honourably is more than enough to instil some pride into your heart.

Hockey is such an exciting game, that even people who may not necessarily be into it at first, will find themselves screaming at the top of their lungs when the Knights score their goals. You’ll be on the edge of your seat as you try to keep your eyes on the puck, as it glides up and down the rink, your heart racing, waiting for the rubber disc to hit the back of the net. And a wave of relief will wash over you when the opposing team’s shots are thwarted by a catch or deflection from the Knights’ goalies. By the end of the match you’ll want to emblazon yourself with a team jersey.

These are some of the reasons to visit the Leeds Knights on match day, but there are many more. You’ll find your own reasons, too. Everyone is welcome at The Castle and is encouraged to have the best experience possible. Whether you’re watching from the comfort of your seat, or stood by the ice, watching grown men get slammed into the barrier in front of you, you’ll have the time of your life watching the Knights. Just make sure to wrap up warm; it’s a bit chilly.

Get your tickets here!