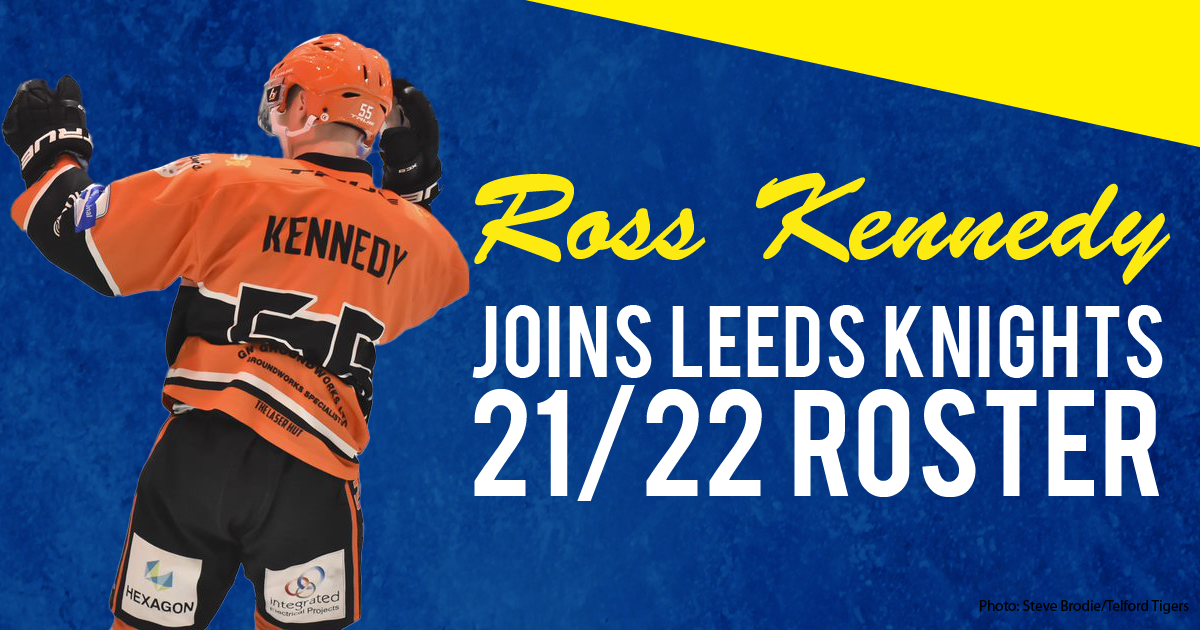 The Leeds Knights are delighted to confirm that Ross Kennedy has put pen to paper to ice for the Knights in the 21/22 NIHL campaign.

The blue-liner joins the Yorkshire side after a successful 19/20 season with the Telford Tigers. Ross was the leading scoring defenceman on the team who took the NIHL National crown after a title race with the Swindon Wildcats.

At just 23 years of age, Ross still has time on his side as he moves to Leeds. In 44 games he scored 9 goals and contributed 26 assists for 35 points in his year with the Tigers.

Moving to Leeds, Ross couldn’t contain his excitement after being made to wait a year for his debut thanks to the Covid-19 pandemic.

I feel like I’m joining a team that has a more solid base now, and as a result, has a lot more potential. Not that it didn’t before, but with Steve Nell and Dave Whistle on board a lot more players will want to come and play for Leeds.

We’re going to have a good team and seeing the other calibre of D men we have already signed we’ll be strong at the back end.

I’m really looking forward to playing under Dave Whistle, and I really hope he’s going to improve my game. I’m young, and I’m probably going to make mistakes but I think I’ll be in good hands. I want to keep learning and there is always room for improvement.

I’ve got first hand intel on Ross as Brandon (his son) iced with him in Telford during the 19-20 season. He said so many good things about him about the way he plays and the way he handles himself off the ice.

He’s a good player, and a bigger guy who shoots the puck hard. I’m looking for Ross to be a good puck moving defenceman for us. He was the highest scoring D man in Telford and that’s a good indication that he can skate up the ice with his head up.