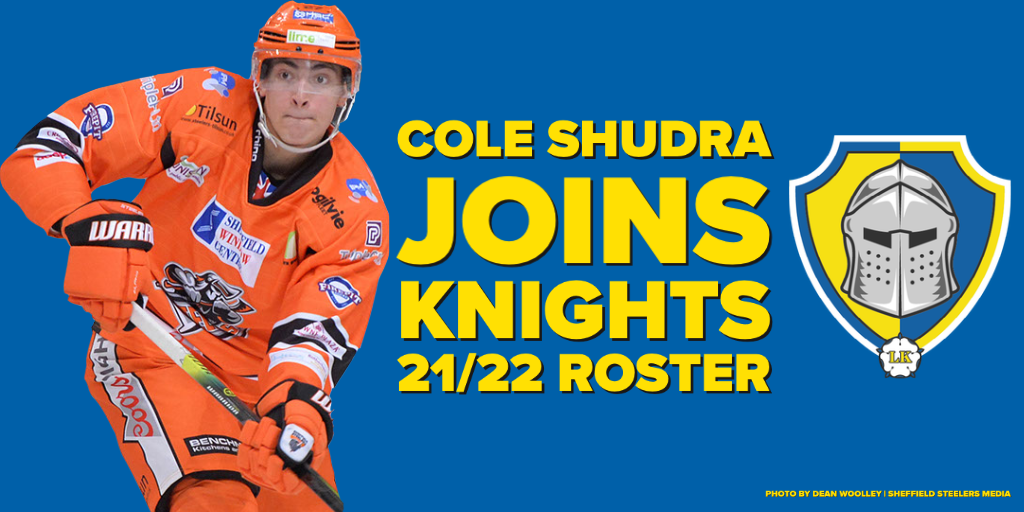 Shudra Signs Up For New Season

The Leeds Knights are delighted to confirm that Cole Shudra has put pen to paper on a two-way deal
between us and the Sheffield Steelers for the 21/22 NIHL National Season.

Cole, son of Steelers legend Ron Shudra, can play as either a forward or a defenceman and has spent
the last two full seasons in the EIHL with Sheffield and MK Lightning.

During the 20/21 campaign he split his time in the NIHL Spring Cup with Telford Tigers and in the
EIHL Elite Series where he was drafted by the Coventry Blaze. He also had a brief spell in Sweden
icing in four games for Nittorps IK in the Swedish Division 2.

The 22 year old was thrilled to have secured the two-way deal and couldn’t hide his eagerness to get
going by saying:

The move to Leeds was made in that first phone call that I had with Dave Whistle, to be honest. He
seemed like a really genuine guy and someone that will look after his players. He’s got a ton of
experience at the highest level in this country, so I feel I can learn a hell of a lot from him and, hopefully,
develop as a player and move myself forward.

I believe this is a team being put together that can go on and achieve something special this season. I
know most of the guys that Dave and Steve have signed and I believe that we are capable of being a top
two team and pushing for silverware.

I know his dad very well, his dad was a good player, a good guy, a good team-mate, so I’m pretty
sure Cole will fit the same bill as that.

He’ll come in, be a great team-mate, do whatever it takes to win and he’s a young guy, he wants
to learn.